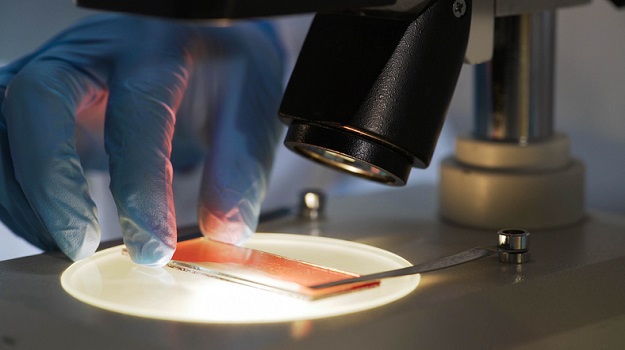 Nkarta, a biopharmaceutical company that engineers natural killer cell therapies to treat cancer, announced that two of its therapies have shown complete remission in patients with blood cancer. The exciting results from the Phase I studies are some of the latest hopeful developments in the biopharma space for difficult-to-treat blood cancers.

San Francisco-based Nkarta develops therapies in the oncology space, including for blood cancers. The company has two leading candidates, drugs NKX101 and NKX019.

In a Phase I clinical trial, Nkarta tested NKX101 on patients with relapsed or refractory acute myeloid leukemia (AML) and myelodysplastic syndrome (MDS). Because of the difficulty of treating AML, there is currently no standard of care. Nkarta received Orphan Drug Designation from the U.S. Food and Drug Administration for NKX101 in December 2021.

“Relapsed/refractory acute myeloid leukemia (AML) is a historically hard-to-treat disease, and given the lack of effective treatments, people with cancer and those who treat them are faced with few options,” Marcello Rotta, M.D., who works at the Colorado Blood Cancer Institute and was an investigator in the NKX101 clinical trial, said in a statement.

Despite the tricky disease, NKX101 showed positive results. About 60% of patients who received a higher dose level of NKX101 achieved a complete response with hematologic recovery. This is especially insightful because three of those patients were heavily pretreated.

The second drug candidate, NKX019, is designed to treat relapsed or refractory B cell malignancies. The medicine is an allogeneic, cryopreserved immunotherapy candidate that uses engineered cells to target B-cell antigen CD19, a common antigen in non-Hodgkin lymphoma and other hematologic malignancies.

In a clinical trial, NKX019 was given to patients in different doses. Three of six patients treated at the highest dose achieved a complete response. One of those three patients had aggressive diffuse large B cell lymphoma, and another had mantle cell lymphoma.

“The NKX019 trial exemplifies the continued progress of our field. NKX019 showed clear activity, in patients with a range of NHL histologies, without the sort of toxicities expected of other cellular therapies, supporting continued exploration of this CAR NK candidate,” Michael Dickinson, M.D., said. Dickinson is the leader of the Aggressive Lymphoma disease group, clinical haematology, at the Peter MacCallum Cancer Centre and Royal Melbourne Hospital, and an investigator in the NKX019 trial.

Both therapies were also unique because they were well tolerated. No dose-limiting dose toxicity occurred in the trials. Both of these drugs are chimeric antigen receptor T cells (CAR T cells), which produce an artificial T cell receptor to target cancer. CAR T cell treatments sometimes cause cytokine release syndrome and other negative side effects, but none of the CAR T cell treatment side effects were observed in these trials.

On Monday, Orca Bio showed off new data at the 2022 Transplantation & Cellular Therapy ASTCT and CIBMTR Tandem Meetings in Utah. The company's cell therapy, Orca-T, continued to show an increase in overall survival rates and a reduction of acute and chronic graft versus host disease (GvHD) compared to standard of care. The pooled data were based on 137 patients from Orca's Phase II and Phase Ib trials in acute myeloid leukemia (AML), acute lymphocytic leukemia (ALL) and myelodysplastic syndromes (MDS). Moderate-to-severe chronic GvHD occurred in only 5% of patients on the therapy versus 38% who received a standard alloHSCT - a considerable difference.

Another company experiencing success in treating blood cancers is Kite Pharma. The Santa Monica-based company has an FDA-approved CAR T-cell therapy to treat blood cancers. Kite’s therapies are available at more than 110 leading cancer hospitals in the U.S. and more than 275 authorized treatment centers around the world.

“As the global leader in cell therapy, it is important to keep innovating as manufacturing in cell therapy is unlike anything else in the biologics or pharmaceutical space – each production run is made to order for one patient – and we do it at scale, with a 96% success rate in returning our specialized treatments on time and to specification,” Charles Calderaro, Kite’s global head of technical operations said in a statement.