New Research Suggests Frequent Rewards Can Be an Effective Motivation Strategy, and Can Improve Performance at Work 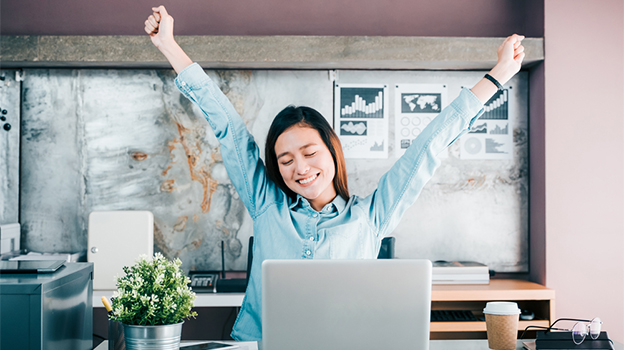 According to a recent study by Cornell researchers Kaitlin Woolley and Ayelet Fishbach published in the Journal of Personality and Social Psychology, people who received immediate, frequent rewards for completing small tasks reported more interest and more enjoyment in their work, compared with people who received delayed rewards only given out at the end of a long project.

What’s more, they also found that those same people, particularly when they started receiving frequent rewards early on in their workload, remained interested and engaged in their tasks even after the rewards were removed, suggesting a lasting positive effect between rewards or positive reinforcement and performance or job satisfaction.

As the researchers put it, people who received these frequent rewards immediately upon completion of a task will stay “intrinsically motivated” to perform well and continue completing tasks, even when the reward is no longer offered.

What Professional Say About Motivation Strategy

“The idea that immediate rewards could increase intrinsic motivation sounds counterintuitive, as people often think about rewards as undermining interest in a task. … But for activities like work, where people are already getting paid, immediate rewards can actually increase intrinsic motivation, compared with delayed or no rewards,” said Woolley.

The concept is fairly simple, Woolley explained. Frequent rewards as you work make it a more positive experience overall, which naturally motivates one to continue the task and perform well.

The study cites a number of experiments where immediate rewards motivation strategy led to a greater level of engagement and made people more likely to persist in their work and stay motivated, even long after the reward was removed.

So, what kinds of real-world implications could this have for the workplace? For one, Woolley suggests that smaller, more frequent bonuses (as opposed to one large yearly bonus or even quarterly bonuses) may actually help employees to stay on task and reach their goals more effectively.

“More evidence suggests immediate rewards are beneficial,” she said. “They’re a useful tool for increasing interest in an activity.”

But, what if your organization isn’t planning implementing more bonuses? There is still a motivation strategy that can help you personally can take advantage of the study’s findings to boost your own productivity levels at work. For example, try creating and implementing your own system of small rewards at work. Maybe it’s a 15-minute break or a walk outside, a special snack, or just a few minutes of meditation or downtime… depending on what makes you the happiest, set frequent, yet minimally disruptive micro-rewards for yourself throughout your day or week to be enjoyed whenever you complete a task.

According to the study, though, the most important aspect of the reward is the immediacy – you need to immediately reward yourself when the task is completed, rather than delay it to the end of the week or month, for example.

By allowing yourself to be rewarded more frequently and right after you complete a task, the research suggests you’ll develop a more positive attitude about your work, which will in turn cause you to be more motivated, more engaged, and in general produce better results.