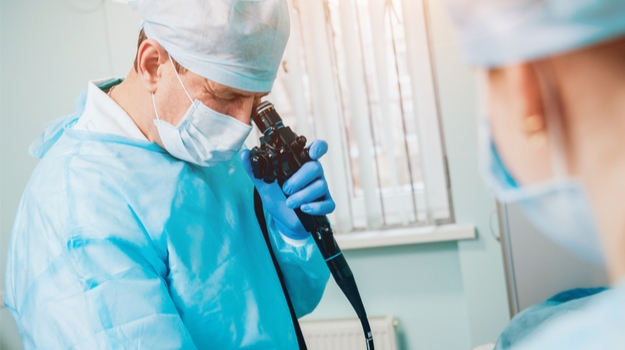 Endoscopy is a nonsurgical procedure physicians use to examine an individual’s digestive tract or other parts of the body. Most endoscopes are thin tubes that have a light and minuscule camera at the end.

Researchers at Technische Universität (TA) Dresden, Germany, have developed a self-calibrating, lens-less endoscope capable of capturing 3D images of things smaller than a single cell. The end of the device is only 200 microns across, which is equivalent to a few twisted human hairs.

“The lens-less fiber endoscope is approximately the size of a needle, allowing it to have minimally invasive access and high-contrast imaging as well as stimulation with a robust calibration against bending or twisting of the fiber,” stated Juergen W. Czarske, director and C4-Professor at TU Dresden, and lead author of the paper.

The device is most likely to be used in optogenetics, where light is used to stimulate cellar activity. It may also have functionality for monitoring tissues and cells during medical procedures.

Traditional endoscopes use tiny cameras and lights. Recently, work has been done to develop alternative methods using optical fibers, which makes the scopes much thinner. They are limited by their tolerance to temperature fluctuations or the bending and twisting of the fibers. They also require a complex calibration process, often while actually collecting images.

In the case of this new endoscope, the research team added a thin glass plate 150 microns thick to the of the fiber bundle. In this version, the coherent fiber bundle was about 350 microns wide and made up of 10,000 cores. When the central fiber core is lit up, it creates a beam that is reflected back into the fiber bundle. That acts as a “virtual guide star for measuring how the light is being transmitted.”

The researchers plan to present their research on September 15-19 at the Frontiers in Optics + Laser Science conference held in Washington, DC. In their experiment, they used it to image a 3D specimen under a 140-micron thick cover slip. It scanned the image plane in 13 steps over 400 microns at an image rate of 4 cycles per second.

They note that it successfully imaged particles at the top and bottom of the specimen, but the focus deteriorated as the angle of the galvanometer mirror increased. They believe this will be an area of future work.

This entire area is growing increasingly sophisticated as consumers prefer minimally invasive devices. A related area is the so-called “smart pills,” which patients can swallow, which then send back detailed, sensitive information to the physician. For example, Novartis partnered with Proteus to develop a sensory enabled smart pill. Australian researchers also built an electronic capsule that can analyze the composition of the gas in the small and large intestine and send the data to an external monitor in five-minute intervals.

The National Institute of Health (NIH) has stated that with the fast advances in capsule endoscopy and new interfaces, physicians will be able to control the movement of these capsules inside the body, sort of like sending miniature submarines to explore whatever area they are interested in.