Intellia's CRISPR Therapy Shows it can Stand the Test of Time 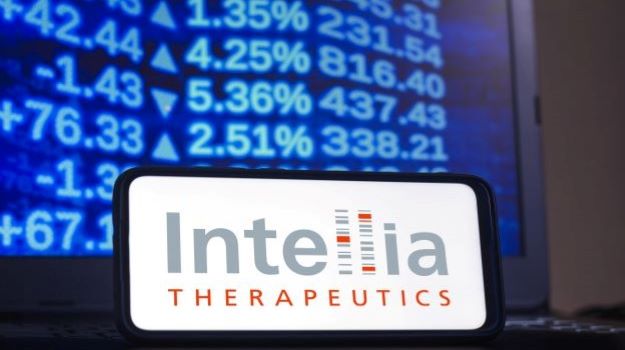 Intellia Therapeutics and Regeneron Pharmaceuticals announced that their CRISPR-based genome editing candidate for transthyretin amyloidosis (ATTR) is not only effective but can hold up for the long term.

Positive interim data from the global Phase I trial of single-dose NTLA-2001 demonstrated a mean serum TTR reduction of 93% at the highest dose level of 1.0 mg/kg by day 28, and this remained consistent for up to six months.

Participants in the study, all of whom had hereditary ATTR amyloidosis with polyneuropathy, were treated across four single-ascending dose cohorts: 0.1 mg/kg, 0.3 mg/kg, 0.7 mg/kg and 1.0 mg/kg via intravenous infusion. Each patient was then monitored for changes in the serum transthyretin protein from baseline.

ATTR amyloidosis is a rare, progressive and fatal disease that is sometimes hereditary (ATTRv), causing dysfunctions in multiple tissues. It affects around 50,000 people worldwide. In some instances, the condition can further progress into wild-type ATTR amyloidosis (ATTRwt), which primarily affects the heart. Around 200,000 to 500,000 people are living with ATTRwt.

Details were shared at Intellia's investor event on Monday along with news that the company is on track to begin its polyneuropathy dose-expansion cohort in the first quarter. Intellia said it is ready to advance its second in vivo clinical candidate — NTLA-2002 — to treat hereditary angioderma.

"These data suggest that treatment with a one-time, systemically delivered CRISPR-based investigational therapy has the potential to substantially reduce levels of a disease-causing protein. The NTLA-2001 proof-of-concept further validates our CRISPR technology platform and also supports the continued development of our genome editing approaches for a variety of diseases. Based on the safety and activity data generated to date, we believe we have increased the probability of success for our broader pipeline," said Intellia President and Chief Executive Officer John Leonard, M.D., in a statement.

NTLA-2001, which received an Orphan Drug Designation in October 2021, is the first CRISPR/Cas9-based investigational therapy to have shown efficacy editing genes inside the human body. It works by inactivating the TTR gene in liver cells to reduce misfolded TTR protein production, which can accumulate in tissues and cause debilitating and often fatal effects of ATTR amyloidosis.

Preliminary data from the study showed that there were some adverse events, although most were mild in severity, such as rash, back pain and nausea. There are also no clinically significant effects on the liver observed.

The Phase I trial is evaluating NTLA-2011 in participants with ATTRv-PN and ATTR amyloidosis with cardiomyopathy, while Part 2 of the Phase I study, which is still pending regulatory feedback, will involve a single-dose ATTRv-PN expansion cohort involving a fixed dose of 80 mg, which will deliver a similar exposure to the 1.0 mg/kg dose. Enrollment for the Phase I trial is expected to be completed in 2022.