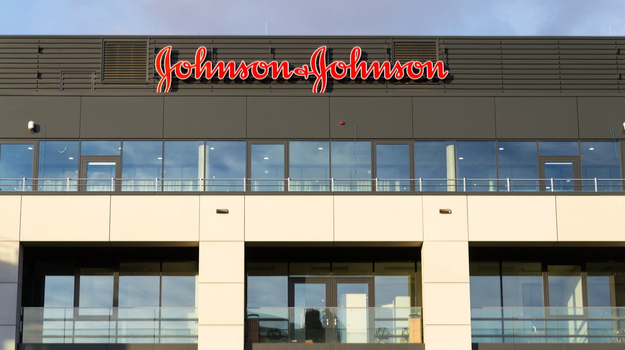 Shares of Johnson & Johnson continue to fall in the wake a scathing report that showed the healthcare giant knew that its talcum powder product sometimes contained carcinogenic asbestos and that the company intentionally kept that information from regulators and the general public.

In May, BioSpace reported that Johnson & Johnson was handed a stinging defeat after a jury sided with an elderly woman who was diagnosed with mesothelioma that was linked to her use of Johnson & Johnson’s talc product. She was awarded more than $21 million in damages. In that particular case, it was noted that asbestos in the talc was linked to her development of mesothelioma.

In July, a jury awarded almost $4.7 billion in damages to 22 women and their families after it was determined that talc contributed to the development of ovarian cancer in the plaintiffs. Six of the plaintiffs died from the disease.

Those cases are examples of up to nearly 10,000 lawsuits against the healthcare giant and its talc product that has also been linked to ovarian cancer. Talc is a naturally occurring mineral used in a plethora of products, including various powders, such as baby powder. For Johnson & Johnson, talcum powder is almost synonymous with the company’s identity.

With the latest analysis by Reuters, it’s likely that the number of lawsuits may grow. According to the Reuters analysis of internal data, between 1972 and 1975, three different laboratories found asbestos in its talcum powder. In at least one of those cases, the levels were reported as “rather high,” Reuters said. Although the asbestos, a known carcinogen, was found, Johnson & Johnson failed to disclose that information to the U.S. Food and Drug Administration. At the same time, as the New York Times reports, senior executives at the company were calling for improvements in quality control of the talc products.

The data that Reuters examined was made available following the deluge of legal action being taken against Johnson & Johnson. The data examined included “thousands of pages of company memos, internal reports and other confidential documents.” In its report, Reuters said that from 1971 to the early 200s, the “company’s raw talc and finished powders sometimes tested positive for small amounts of asbestos, and that company executives, mine managers, scientists, doctors and lawyers fretted over the problem and how to address it while failing to disclose it to regulators or the public.” The earliest mention of asbestos in the company’s talc product goes back to 1957. Contaminants found in the talc were described as including minerals that are classified as fibrous. Similar findings were reported in multiple decades through the 2000s.

Reuters noted that most of the internal laboratory tests conducted on the talc products do not show traces of asbestos. Over the years, the testing has improved, but Reuters said that the tests are still limited and some trace amounts of contaminants can go undetected. Trace amounts of asbestos can still be problematic. According to the World Health Organization, there are no safe levels of exposure to asbestos. And while most people who are exposed do not develop cancer, Reuters said that for some individuals, even the smallest exposure can lead to cancer – although how small an exposure has not been established.

According to the American Cancer Society, “in its natural form, some talc contains asbestos, a substance known to cause cancers in and around the lungs when inhaled.”

Not all of the lawsuits filed against J&J have been successful. In its report, Reuters said that three juries have rejected arguments that link talc to the development of mesothelioma and others have resulted in mistrials. For those cases where the company has lost, Johnson & Johnson plans to appeal the rulings. According to the report, J&J has blamed its legal losses on “juror confusion, ‘junk’ science, unfair court rules and overzealous lawyers looking for a fresh pool of asbestos plaintiffs.”