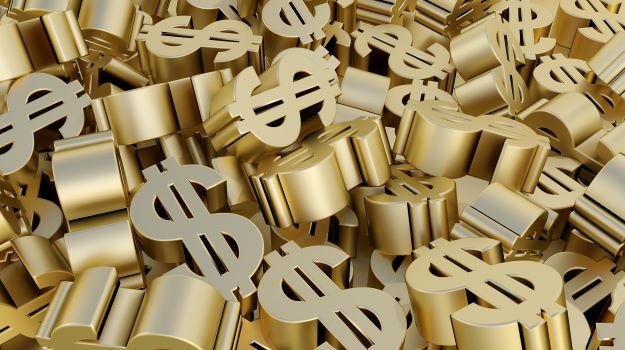 The current continues as investment dollars flow into the life sciences. Here’s an overview who is catching the drift this week.

Tackling drug resistance in oncology patients, Tyra is going public, filing for a $100 million placeholder with the SEC late last week. Earlier this year, the California company raised $106 million in its Series B round and expanded its leadership team. Tyra’s in-house discovery engine generates “structural SNAPshots” to allow empirical evaluation of interactions between drugs and theirs targets at an atomic level. Lead program TYR-300 is a selective inhibitor of FGFR3 initially being developed to treat muscle invasive bladder cancer. An IND is expected by the middle of next year.

Tackling a disease with no approved therapies, Vigil has lit the candle of microglia-targeted medicines. Vigil’s VGL101 is in development for adult-onset leukoencephalopathy with axonal spheroids and pigmented glia (ALSP), a rare inherited neurodegenerative disease caused by a mutation to the CSF1R gene.  The plan is to have a Phase I study in motion by the end of the year, and the company’s $90 million Series B raise will help. Vigil said the funds will also support development of its TREM2 agonists that will be used to potentially treat more common neurodegenerative diseases such as Alzheimer's disease.

After scooping up $80 million during JP Morgan week, DiCE is at it again. Closing its C-1 financing with $60 million more this week, the company will be rolling its preclinical IL-17 antagonist franchise into clinical development, as well as advancing its other programs and expanding the pipeline. That lead candidate is in IND-enabling studies for “psoriasis and other IL-17 mediated chronic immunology indications” according to the company website. Other programs in discovery are for IBD and fibrosis. An immuno-oncology program is underway with partner Sanofi.

Novartis-backed Immunitas scored $58 million in its Series B round. Funds are to support the company’s lead CD161 inhibitor for blood and solid tumors. IMT-009 is close to testing in humans after the NDA is filed early next year. It has shown promise in preclinical testing, having demonstrated enhanced tumor-killing capabilities, as well as increases in critical cytokines and increased survival.

Boston-based Jnana closed a $50 million Series B financing round. Funds will support the development of its next-generation chemoproteomic platform that will target SLC transporters and other hard-to-drug targets. Eager to take its lead asset into the clinic, the company is aiming for the potential treatment of phenylketonuria (PKU), an inherited metabolic disorder. By inhibiting the SLC transporter SLC6A19, Jnana believes its drug can reduce the elevated blood Phe levels that drive PKU disease pathologies.

Two years after his company, Peloton Therapeutics, was acquired by Merck, John A. Josey is back at the helm with startup Atavistik Bio. Launching last week with a $60 million Series A, the company is based on tech out of Howard Hughes Medical Institute and the University of Texas Southwestern Medical Center. The initial focus is on developing Atavistik’s drug discovery platform and future identification of drug candidates regulated by metabolites. As Josey puts it, “Our unique approach marries a validated platform with structure-aided drug design capabilities and cutting-edge insights into the regulation of metabolic systems, which will be applied to genetically validated targets in metabolic disease and cancer.

Rare disease-focused AllStripes raked in $50 million in Series B funds. The San Francisco health care technology company has a platform that generates regulatory-ready evidence to accelerate R&D for rare diseases. This funding will support the launch of 100 new rare disease research programs as well as expand the company’s global operational footprint. The team is out to create the “playbook for rare disease research.”

Chinese biotech Ranok has flown under the radar for some time, but is nearing the clinic with its cancer therapy. The company’s targeted protein degradation platform technology will harness the cellular chaperone network, potentially improving drug safety and efficacy due to selective targeting of disease tissues. With last week’s $40 million Series B, the company will advance its cancer program “in the near future.”

Clinical-stage biotech Xalud raised $30 million to support its cause of treating pathologic inflammation with non-viral gene therapies. CEO Diem Nguyen said the company will use the funds to advance its lead candidate. “There are over 300 million people worldwide that are impacted by chronic inflammation, a core driver of numerous disease etiologies. XT-150 targets a master regulator of the immune system, interleukin-10 (IL-10), that dampens inflammation to restore tissue homeostasis.”