Money on the Move: April Showers Bring May Flowers—and Funding 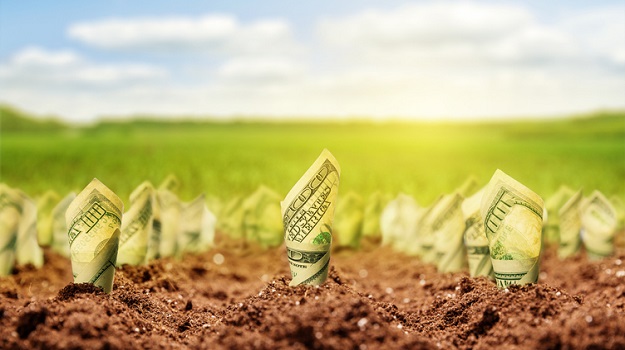 Several companies headed into May with millions to expand their portfolios. Autoimmune treatment company Dianthus Therapeutics, biotech investment firm Enavate Sciences and semiconductor cell information biotech CytoTronics were all launched with this recent wave of investor funding. For that and more, continue reading.

Munich-based Tubulis closed an impressive $63 million Series B round of financing to further its antibody-drug conjugate (ADC) pipeline toward clinical evaluation. The funding, led by Andera Partners, also included new investors Evotec and Fund+. With the money, Tubulis plans to use its ADC treatments to target the five deadliest cancers and create a new hematological tumor program.

“This funding emphasizes that Tubulis is uniquely positioned to consolidate the findings of the last 20 years in the ADC field and translate this understanding into meaningful therapeutic benefits for patients,” said Dominik Schumacher, Ph.D., CEO and co-founder of Tubulis.

There’s a new player in the autoimmune treatment space. Dianthus Therapeutics launched on May 3 with a Series A financing round totaling $100 million. Led by 5AM Ventures, Avidity Partners and Fidelity Research and Management, the financing will pave the way for Dianthus’ lead candidate, a next-generation monoclonal antibody (DNTH103) that selectively targets the active form of complement C1s.

Although Dianthus has not revealed any specific indications for use for DNTH103, the company’s ultimate goal is to improve the quality of life for patients with complement-mediated autoimmune diseases.

“Patients have had access for a few years now to life-changing treatments in the complement space, but a problem with a lot of them is that they’re really inconvenient,” Marino Garcia, president and CEO of Dianthus, told BioSpace. “Patients have to take IV fusions on a frequent basis and even on an infrequent basis, they spend quite a few hours in a clinic which disrupts their life. Our lead program is all about how we can do things better for these patients.”

Dianthus expects to be in the clinic with DNTH103 later this year.

New biotech investment firm Enavate Sciences launched Monday, May 2 thanks to a $300 million investment from Patient Square Capital, a healthcare investment company that boasts a portfolio including Apollo Therapeutics and Kriya Therapeutics.

The funding will allow Enavate to fund life science startups and help them advance their therapeutic pipelines. The company, which will be helmed by James Boylan of SVB Leerink, said it plans to raise another $200-300 million through family offices and private investors by the end of 2022.

A Series B financing round brought in $37.5 million for Adona Medical, a medical technology company developing solutions for heart failure. The financing was led by Cormorant Asset Management and The Capital Partnership (TCP) and will help Adona develop its platform for patient heart failure monitoring. The platform will consist of interatrial shunting and hemodynamic monitoring systems to address the shortcomings of first-generation devices. Adona Medical is a Shifamed portfolio company.

Zymeworks, a Vancouver-based biotherapeutics company, received an interesting offer last week. Global investment firm All Blue Capital offered to buy the company for $773 million, or $10.50 per share. Currently, All Blue Capital owns 5.5% of Zymeworks shares. But after Zymeworks made several expensive blunders that dropped shares from $50 each to $8, All Blue wants to boost its shares to 100%.

All Blue made the following explanation of its offer. “Over the past 12 months, stockholders have witnessed the Company miss a number of important deadlines publicly announced in press releases, endured poorly executed earnings calls and experienced confusing and damaging public messaging, all of which has led to a significant loss of credibility and investor confidence in the Company and its management team.”

Harvard University spinout CytoTronics launched with $9.25 million in seed funding. CytoTronics is a biotech company using computer chip semiconductors to conduct electrochemical cell-based assays and discover new drugs. The funding, led by Anzu Partners, will help the platform develop its software to capture image-based, real-time information from live cells to test drugs in areas such as cardiology, neurology and oncology.

On May 4, Apnimed announced it has raised $62.5 million in a Series C financing round, led by Sectoral Asset Management. Apnimed is a clinical-stage pharmaceutical company focused on developing oral pharmacologic treatments to address obstructive sleep apnea (OSA) and related disorders,

The company will use the funds to advance its lead asset, AD109, a potential first-in-class, investigational drug designed to treat OSA patients by targeting neurological pathways that cause the upper airway to close during sleep. Following the close of Phase II, Apnimed will meet with the FDA to discuss the development of Phase III.