Biopharma Investments Strong in the First Week of 2021 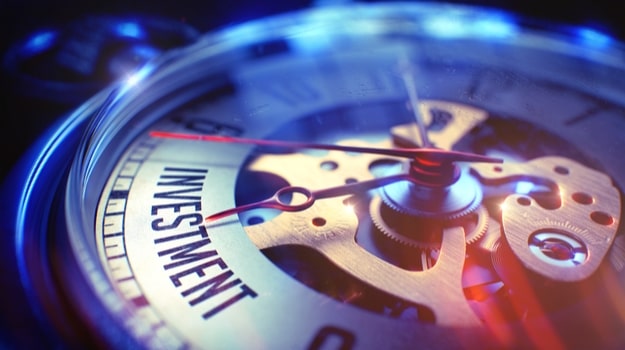 Biopharma investors are making it rain – rain money that is. This week multiple companies have announced millions of investment dollars have flooded their coffers to advance research and development of multiple therapies. BioSpace is rounding up the announcements.

Scorpion Therapeutics – Months after raising $108 million in a Series A financing round, Scorpion Therapeutics continued raking in the cash. This morning, the company announced it secured $162 million in an oversubscribed Series B financing round. In a little more than two months, the company has raised a total of $270 million that will be used to support advancement of the company’s Precision Oncology 2.0 drug-hunting engine and first wave of therapeutic candidates.

Scorpion Therapeutics has a three-pronged approach to its pipeline. The first prong is focused on designing best- or first-in-class therapeutic candidates against known, high-impact oncogenes that leverage optimal therapeutic design to more exquisitely target tumor tissue across all metastatic sites. Its second track moves beyond oncogenes and is aimed at developing therapeutic candidates against a set of non-enzymatic targets that have historically been classified as “undruggable.” The company’s third prong is focused on a new wave of protein targets, discovered by Scorpion Therapeutics, which have the potential to transform cancer treatment paradigms for large patient populations.

Abcuro, Inc. – Backed by Sanofi, Newton, Mass.-based Abcuro raised $42 million in a Series A-1 financing round. The proceeds from the fundraising round will be used to advance the company’s lead asset, ABC008, an anti-KLRG1 antibody designed to deplete cytotoxic T cells that attack healthy tissue in a variety of autoimmune diseases. A first-in-human proof of mechanism and safety trial will be conducted in patients with sporadic inclusion body myositis (IBM) while additional indications are under investigation. IBM is a chronic and debilitating inflammatory skeletal muscle condition with no available pharmaceutical therapies.

Additionally, the funds will support ongoing preclinical development of the company’s oncology program ABC015, an anti-KLRG1 blocking antibody capable of restoring effector cytotoxic T and NK cell function, resulting in a potent anti-tumor response. ABC015 is expected to be used as a potential treatment for multiple myeloma.

Kira Pharmaceuticals – RA Capital also backed the $53.5 million Series B round for Kira Pharmaceuticals. With a therapeutic focus on inflammatory and autoimmune diseases and oncology, Kira has plans to advance three complement-targeted therapies to the clinic over the next 18 months. Kira’s most advanced program, P014, is a first-in-class biologic molecule with a unique mechanism of action designed to inhibit both upstream and downstream complement targets.

In addition to RA Capital, the Series B was also co-led by Vivo Capital, with participation from Foresite Capital and A Plus Partners. Existing investors, including Quan Capital and Qiming Venture Partners USA.

Carisma Therapeutics Inc. – Philadelphia-based CARISMA raised $47 million in a Series B round. The company now has total capital of about $109 million. The funding will be used to advance current pipeline and discovery programs, including the Phase I clinical trial of CARISMA's lead candidate, CT-0508, an anti-human epidermal growth factor receptor 2 (HER2) targeted chimeric antigen receptor macrophage (CAR-M), which recently initiated trial enrollment and patient screening for the first-of-its-kind, first-in-human study of CAR-M. CARISMA's investigation of CT-0508 in preclinical tests has already shown the potential of its CAR-M platform and potential applicability across multiple therapeutic areas. The funding will also allow CARISMA to further develop its proprietary engineered-macrophage platform, continue pipeline expansion in cancer indications and enable the platform's application to disease areas outside of cancer.

Endeavor BioMedicines – San Diego-based Endeavor, founded by former Impact Biomedicines Chief Executive Officer John Hood, raised $62 million in a Series A financing round, which will be used to advance taladegib, an inhibitor of the Hedgehog pathway, into two Phase II clinical studies for the treatment of idiopathic pulmonary fibrosis (IPF) in 2021. Studied in 176 subjects to date, taladegib has been shown to safely and effectively inhibit the Hedgehog pathway. Endeavor intends to initiate a Phase II study of taladegib as a monotherapy in patients with IPF in the second quarter of 2021. Pending results from the monotherapy study, Endeavor anticipates initiating a second Phase II study in combination with standard of care by 2022.

The financing round was led by Omega Funds, Longitude Capital and Endeavor’s management.