Warp Speed's Slaoui Steps Down at Request of Incoming Administration 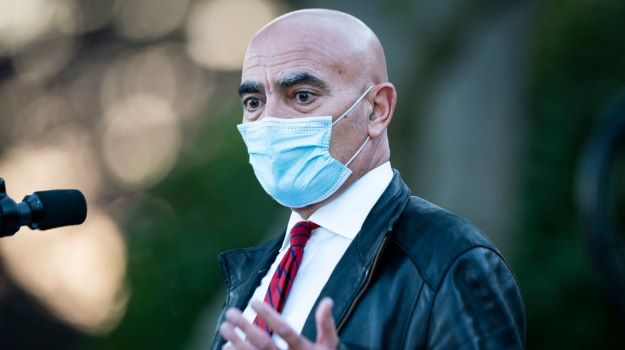 Moncef Slaoui, the GlaxoSmithKline vaccines veteran who has helmed the federal government’s Operation Warp Speed COVID-19 vaccine program, is stepping down from the role ahead of the inauguration of President-elect Joe Biden.

Slaoui will stay on as an adviser for one month. His resignation from the vaccine program was made at the request of the incoming Biden administration, CNBC reported this morning.

It is unclear at this time who the Biden administration will tap to take over as scientific adviser for the federal government’s efforts to roll out the currently-available vaccines against the novel coronavirus, and those vaccines that remain in clinical studies or are awaiting authorization. CNBC noted that Biden does have some established members on his team who will be dealing with COVID-19. Jeff Zients is Biden’s coordinator of the COVID-19 response and Bechara Choucair will be COVID-19 vaccine coordinator, focused on speeding vaccine delivery, the news outlet reported.

Slaoui’s departure was not totally unexpected. According to the CNBC report, Slaoui had previously said he planned to step away from his role on Warp Speed after two vaccines had been authorized. That milestone has already been reached. In December, the FDA authorized the mRNA vaccines developed by Pfizer and BioNTech and Moderna. Johnson & Johnson is expected to announce results from its Phase III vaccine study by the end of the month and data from AstraZeneca’s vaccine candidate continues to be examined by U.S. regulators, although it has already received authorization in the United Kingdom. Last week, Slaoui opted to remain with the government effort a bit longer in order to “ensure that the operation continues to perform the way it has performed through the transition of administration,” CNBC reported. At the same time, Slaoui did note that his time in the role and the value he added to it were limited.

Slaoui was tapped by the White House in May to helm Operation Warp Speed in order to help it meet its goal of supporting the development of vaccines against COVID-19. He received a total of $1,000 from the federal government for the months he spent working at Operation Warp Speed. He previously said he intended to donate that money to scientific research.

Slaoui left GSK in 2017 after 30 years at the company. His departure was one of the numerous high-level executives who left the company following a change of chief executive officers. From 2015 to 2017 Slaoui was in charge of GSK’s global vaccines business and before that, he was the longtime head of global research & development. Slaoui had a hand in developing numerous vaccines, including vaccines to prevent infantile rotavirus gastroenteritis, cervical cancer and shingles.

Shortly after Slaoui joined the Warp Speed effort, he stepped down from his role on Moderna’s board of directors in order to avoid any conflict of interest from the funds the federal government pumped into Moderna’s research effort. He also sold his shares in the Massachusetts-based company. However, despite some criticism he received, Slaoui retained his GSK stock despite the fact that company was tied to some federally-supported vaccine programs. After spending 30 years at GSK, he said the stake he held in the company was part of his retirement, CNBC noted.