Moderna Partners with AWS to Explore the 'Software of Life' 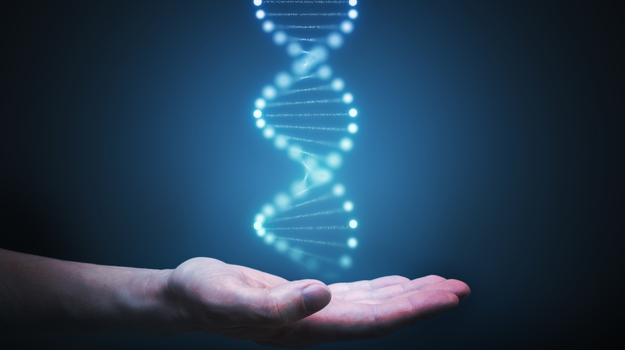 The software of life. That’s how Stephane Bancel, the chief executive officer of Moderna, described messenger RNA (mRNA), which is at the core of Moderna’s drug development process.

Moderna is pioneering mRNA drugs that are believed to be able to direct the body to produce any protein of interest, including antibodies and other proteins that can create therapeutic activity. Bancel said mRNA is an information molecule.

The company, which has secured enormous investments over the past few years, is inching closer to being a commercial company in developing personalized therapies for a wide range of diseases, including cancer. In order to create those personalized medicines, the Cambridge, Mass.-based company relies on gene sequencing and a partnership with one of the world’s largest companies – Amazon.

In an interview with CNBC’s Jim Cramer during the J.P. Morgan Healthcare Conference this week, Bancel said the company relies on Amazon Web Services to “compare every letter of DNA” in the sequencing process. Once that is done, the company can deduce what needs to be done to develop personalized medicine, Bancel explained.

Amazon Web Services, the fastest growing division of the company, according to CNBC, provides on-demand cloud computing platforms to companies. Moderna is currently using Amazon Web Services with more than a dozen drug candidates in its pipeline, which means the high-tech platform plays a central role in the company’s drug development program. As CNBC explains, the company is using the powerful cloud-based service to speed up the time it takes a drug candidate to move from the preclinical to the clinical phase. In addition to Moderna, Amazon Web Services is being used by several pharmaceutical companies, including San Diego-based Human Longevity Inc., Regeneron Pharmaceuticals and more.

The reliance on the high-speed program could lead to the company finally becoming a commercial entity 10 years after it was launched. Last week, just ahead of JPM, Bancel pointed to one of the company’s clinical candidates as a potential blockbuster, an experimental treatment for cytomegalovirus (CMV), the most common infectious cause of birth defects in the United States.

Moderna said the analysis following a Phase I trial, which was taken after the third and final vaccination, shows continued boosting of neutralizing antibody titers in patients. The mRNA-based vaccine, mRNA-1647, is designed to protect against CMV infection. Cytomegalovirus is a common pathogen and is the leading infectious cause of birth defects in the United States with approximately 25,000 newborns in the U.S. infected every year. CMV is passed from the mother to her unborn child. Birth defects occur in about 20% of infected babies. The defects can include neurodevelopmental disabilities such as hearing loss, vision impairment, varying degrees of learning disability and decreased muscle strength and coordination. There is no approved vaccine to prevent CMV infection.

In October, the company received Fast Track Designation from the U.S. Food and Drug Administration for mRNA-3927, its investigational mRNA therapeutic for propionic academia, which is caused by the inability of the body to breakdown certain proteins and fats which leads to the build-up of toxic chemicals. Moderna plans to initiate an open-label, multi-center, dose-escalation Phase I/II study of multiple ascending doses of mRNA-3927 in primarily pediatric patients.