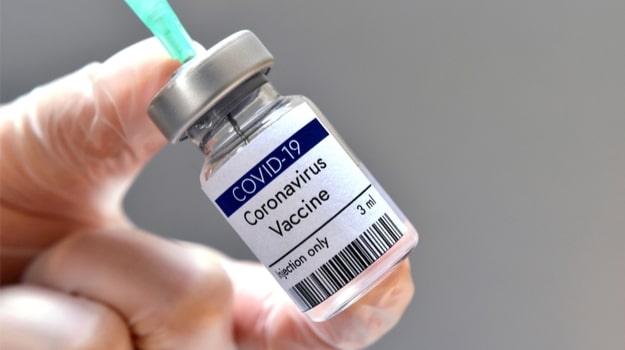 As the top three COVID-19 vaccine projects get closer to the finish line, everybody is paying attention to when they might be available. Moderna recently said it expected an emergency use authorization (EUA) submission to the U.S. Food and Drug Administration (FDA) for its COVID-19 vaccine candidate in December. The company announced on October 14 that it had received written confirmation from the European Medicines Agency (EMA) that the vaccine was eligible for submission of an application for a European Union Marketing Authorization.

Moncef Slaoui, the head of Operation Warp Speed, the U.S. government project to advance vaccines and therapies against COVID-19, said in mid-October he expected the first EUA would be around Thanksgiving. That is most likely to be the vaccine developed by Pfizer and Germany’s BioNTech. They have indicated they believe they will have key data by the end of October, but new FDA guidelines for EUA will likely require a bit more time.

AstraZeneca and the University of Oxford’s COVID-19 vaccine trials have been on a clinical hold in the U.S. since a UK patient developed transverse myelitis, a type of inflammation of the spinal cord. The trial has since resumed in the UK and elsewhere. Today, there were announcements that the trial is expected to restart in the U.S. soon.

Stephane Bancel, chief executive officer of Moderna, told analysts and journalists at a Wall Street Journal’s Tech Live event on Monday that the FDA requires enough safety and efficacy data, and he believes that they will have that in the later part of November.

He expects interim efficacy data in November, but added, “it’s hard to predict exactly which week because it depends on the cases, the number of people getting sick.”

The initial data analysis will occur when 53 participants in the trial have symptomatic COVID-19. But if that doesn’t happen, Bancel indicated it would follow up with a second interim analysis in December, with 106 symptomatic cases, which could delay EUA to late January or early February.

The FDA’s most recent EUA guidelines require two months of safety data on half of a trial’s participants. Moderna believes it will have that data in late November.

“I would expect the FDA to take a few weeks to review everything and to make sure everything is well so that, potentially if the data is good to get an emergency use approval sometime in December,” Bancel said.

While the trial continues, Moderna and its manufacturing partners are spinning up production of the vaccine, with plans to make 20 million doses—enough for 10 million people to receive the two necessary shots—by the end of the year. Then it plans to manufacture at least 500 million doses in 2021, with an increase to a billion.

Bancel pointed out, “Unlike sometimes when you make a recipe at home, if you miss one ingredient you might decide to still go ahead and make your meal but in our case we cannot do that.”

In terms of the European confirmation letter, it was in response to a letter of intent sent by Moderna. The submission followed positive data from a preclinical viral challenge study and positive interim analysis of the Phase I trial of mRNA-1273 in healthy adults ages 18 to 55 and older adults ages 56 to 70 and a 71+ group.

Bancel stated at the time, “We are pleased with the productive interactions with the European regulatory authorities at the national level and at the EMA level to date and we appreciate their valuable guidance and confidence in Moderna to pursue an MAA submission for approval in Europe for our COVID-19 vaccine candidate, mRNA-1273. European partners, investors and citizens have been part of Moderna from the beginning of the company and have played an important role in Moderna’s progress. We are committed to developing a safe and effective vaccine following the guidance of regulatory agencies and we will continue our ongoing dialogue with the EMA. Moderna is scaling up global manufacturing to be able to deliver approximately 500 million doses per year and possibly up to 1 billion doses per year, beginning in 2021.”