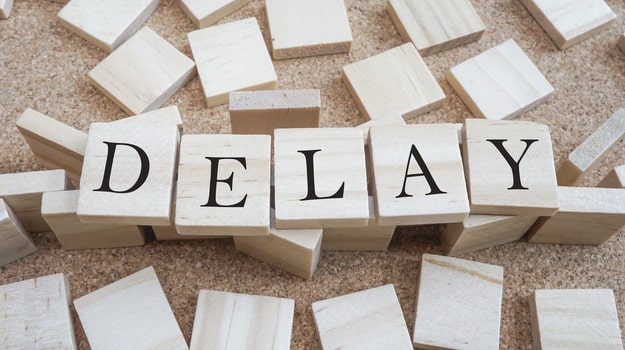 Only a few weeks after announcing it had received a greenlight from the U.S. Food and Drug Administration (FDA) to begin its 30,000-patient Phase III clinical trial of its COVID-19 vaccine, Moderna indicates it has pushed back the start date. The trial was expected to begin next week, with an ambitious target to have key data by Thanksgiving. It’s not clear how long the trial will be delayed, but according to a report by STAT, it may still begin in July.

The investigators who spoke on condition of anonymity with STAT, said the changes to the trial structure were common, but didn’t know how long the delay would last.

“My understanding was that they wanted to get the first vaccines given in July, and they say they’re still committed to do that,” the anonymous scientist said. “As best I can tell, they’re close to being on target for that.”

The start day, at least according to researchers involved at the University of Illinois at Chicago, was July 9. And Francis Collins, director of the U.S. National Institutes of Health (NIH), in a hearing before Congress on Thursday said the trial would begin this month.

Although Moderna has not responded to STAT’s request for more information, the company’s chief executive officer Stephane Bancel told CNBC’s Meg Tirrell, “we have always said July. And I confirm July.”

Moderna’s COVID-19 vaccine, mRNA-1273, is an mRNA vaccine against SARS-CoV-2 that encodes for a prefusion stabilized form of the Spike (S) protein. The Phase III trial, typically the final stage needed for approval for use, will enroll about 30,000 participants in the U.S. They will be randomized 1:1 to receive either a placebo or the vaccine. The primary endpoint of the trial will be prevention of symptomatic COVID-19 disease, with key secondary endpoints including prevention of severe COVID-19, defined as hospitalization, and prevention of infection by SARS-CoV-2.

Moderna has the backing and blessing of the U.S. National Institutes of Allergy & Infectious Diseases (NIAID), and Anthony Fauci, who heads NIAID, has said he is “really optimistic” about the vaccine. The U.S. government has invested almost $500 million to speed up testing and manufacturing of hundreds of millions of doses of the vaccine.

On Tuesday, May 18, Moderna released positive interim Phase I data from its clinical trial of mRNA-1273. The company reported overall positive results for both efficacy and safety, although not a lot of details were released on the actual data.

The company’s stock rocketed, hitting a stock valuation of $29 billion. Several vaccine experts, however, expressed criticism of the data, or lack of it. In the Moderna press release, they indicated that data for immunogenicity was available for two doses, 25 ug and 100 ug after two doses, with the immunogenicity tested on day 43, and the 250 ug dose after a single dose, tested at day 29. All the patients in the trial were healthy and between the ages of 18 and 55.

STAT and the vaccine researchers noted that, “all 45 subjects (in this analysis) who received doses of 25 micrograms (two doses each), 100 micrograms (two doses each), or a 250 micrograms (one dose) developed binding antibodies. Later, the statement indicated that eight volunteers — four each from the 25-microgram and 100-microgram arms — developed neutralizing antibodies. Of the two types, these are the ones you’d really want to see.”

Two days ago, FDA issued guidelines for where it will set the bar for approval of a vaccine. First, the agency indicated that it will require the vaccine be at least 50% more effective than a placebo in preventing COVID-19. The FDA guidelines also indicated a vaccine would not be approved unless it had “clearly demonstrated” proof of the vaccine’s safety and effectiveness in a clinical trial. It also said a vaccine would not be approved if it only results in antibodies in patients’ bloodstream, since it is yet unknown what level of antibodies leads to protection against the virus. This suggests companies and regulators will be closely watching population studies of the trial participants to determine if fewer percentages of inoculated individuals acquire COVID-19 compared to the placebo groups and the general population. This could be difficult if the patients are in areas of the world where the outbreak is dwindling.

In addition, the agency will require the vaccine manufacturer to run more safety monitoring after approval and that people getting the vaccine should be followed for at least a year after receiving the vaccine.

At this time there is no indication that the change in trial structure will affect Moderna’s optimistic timeline for the trial results and potential availability of the vaccine against COVID-19.