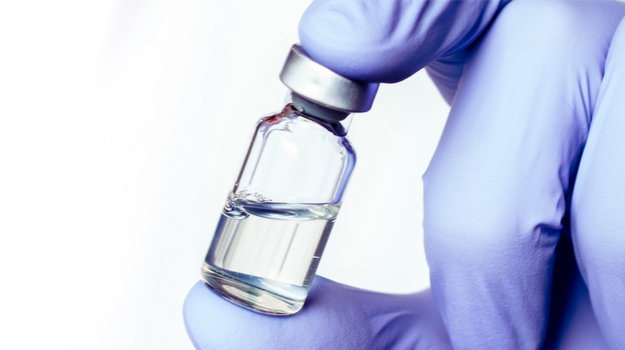 On Tuesday, Moderna released positive interim Phase I data from its clinical trial of mRNA-1273, its mRNA vaccine against SARS-CoV-2, the novel coronavirus that causes COVID-19. The company reported overall positive results for both efficacy and safety, although not a lot of details were released on the actual data.

The company’s stock rocketed, hitting a stock valuation of $29 billion. Several vaccine experts, however, expressed criticism of the data, or lack of it. Some of the experts, speaking with STAT News, noted that Moderna’s partner, the U.S. National Institute for Allergy and Infectious Diseases (NIAID), was noticeably silent on the data, neither issuing a press release nor providing comment.

In the Moderna press release, they indicated that data for immunogenicity was available for two doses, 25 ug and 100 ug after two doses, with the immunogenicity tested on day 43, and the 250 ug dose after a single dose, tested at day 29. All the patients in the trial were healthy and between the ages of 18 and 55.

STAT and the vaccine researchers noted that, “all 45 subjects (in this analysis) who received doses of 25 micrograms (two doses each), 100 micrograms (two doses each), or a 250 micrograms (one dose) developed binding antibodies. Later, the statement indicated that eight volunteers — four each from the 25-microgram and 100-microgram arms — developed neutralizing antibodies. Of the two types, these are the ones you’d really want to see.”

The problem, they go on to say, is Moderna did not release results from the other 37 trial participants. That doesn’t mean they didn’t develop neutralizing antibodies, but it makes it basically impossible to evaluate the overall data. The critics are not saying Moderna is hiding any negative results, but merely that Moderna provided the data they had and it’s not really enough for a real evaluation. This may be a way of saying that the Moderna release was publicity and news, but not necessarily science. Certainly, it had a positive effect on the company’s stock, and it’s completely true to say that the world is closely watching the results of the trial with a great deal of hope and optimism.

Another criticism is that the data is only two weeks old.

The Moderna press release also indicated that the antibody levels observed were equal to or greater in the 100 ug dose than was seen in patients who recovered from COVID-19. There’s not much context here, because studies on recovered COVID-19 patients have shown a range that is potentially influenced by the severity of the disease. For example, John “Jack” Rose, a Yale University vaccine researcher told STAT about a study in China demonstrating that in 175 recovered COVID-19 patients, 10 had no detectable neutralizing antibodies, while others had very high antibody levels.

STAT asked Moderna for data on the antibody levels it used to compare. They indicated it would be published in a journal article from NIAID.

“The convalescent sera levels are not being detailed in our data readout, but would be expected in a downstream full data exposition with NIH and its academic collaborators,” said Colleen Hussey, Moderna’s senior manager for corporate communications.

Rose noted, “When a company like Moderna with such incredibly vast resources says they have generated SARS-2 neutralizing antibodies in a human trial, I would really like to see numbers from whatever assay they are using.”

In some ways none of this is particularly surprising. For several years, Moderna, which has been the darling of investors, has been notoriously secretive. The company has been excellent at raising money and in December 2018 set a record for the largest biotech initial public offering (IPO), raising about $604 million, which gave the company a market value of about $7.5 billion.

In addition to investor pressure to release news, preferably good news, Moderna is undoubtedly receiving some political pressure from the federal government and general hopes and expectations from public. Does any of this really cast doubt on the company’s COVID-19 vaccine? It’s probably too early to tell, which underlines both Durbin and Rose’s criticisms.

“My guess is that their numbers are marginal or they would say more,” Rose said to STAT.

Durbin, on her part, said she was “cautiously optimistic,” but added, “I would like to see the data to make my own interpretation of the data. But I think it is at least encouraging that we’ve seen immune responses wit this RNA vaccine that we haven’t seen with previous RNA vaccines for other pathogens. Whether it’s going to be enough, we don’t know.”