Record-High Growth Has Merck Cashing in on Moderna 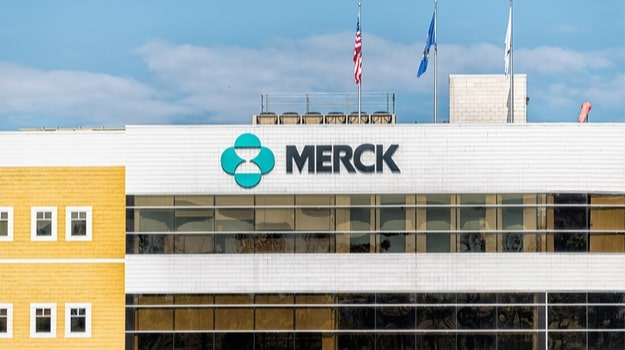 Moderna’s stock has boomed over the course of 2020, and Merck is cashing in. The pharma giant announced Wednesday it sold its stake in the Massachusetts-based company that is on the cusp of having its COVID-19 vaccine authorized for use in the United States.

Since the beginning of 2020, shares of Moderna have seen exponential growth, driven in part by the company’s COVID-19 vaccine development efforts. Since January, shares of Moderna have climbed from $19.23 on Jan. 2 to $143 on Dec. 2. In a brief statement issued Wednesday, Merck announced that is divested its direct holding in Moderna in the first half of the fourth quarter of this year. Merck said it will record a “small fourth-quarter gain” due to the transaction.

Merck first invested $50 million in Moderna in 2015 and made an additional $125 million investment in the company in 2018. The investments reflected a research collaboration between the two companies, which included the development of a personalized cancer vaccine that takes advantage of Moderna’s mRNA vaccine technology to encode a patient’s specific neoantigens, which are unique mutations present in that specific patient’s tumor. That collaboration continues, but Merck is stepping back and taking a more indirect role with Moderna through its investment in venture funds, the company said.

“Merck achieved a substantial gain on its direct holding in MRNA over the life of the investment, particularly in 2020 given the substantial appreciation in MRNA’s stock price. Merck retains exposure to MRNA indirectly through its investment in venture funds. Merck and Moderna continue to collaborate on the development of personalized cancer vaccines as well as a cancer vaccine that encodes the four most common KRAS mutations,” the company said in its statement.

Moderna’s stock has soared more than seven-fold this year and could climb even higher if its vaccine candidate is approved for use, which it likely will be following an advisory panel review of the clinical data. On Nov. 30, Moderna filed for Emergency Use Authorization for its vaccine candidate with the U.S. Food and Drug Administration. The company filed for EUA after a final analysis of its clinical data sowed the vaccine candidate has a 94.1% efficacy in preventing the virus. That efficacy took a slight dip from an interim readout that showed 94.5% efficacy. As BioSpace previously reported, the final data showed the vaccine’s efficacy was consistent across all demographic markers, including age, race, gender and ethnicity.

Merck is also developing its own COVID-19 vaccine. Merck jumped into the vaccine development program with its May acquisition of Austria-based Themis. The vaccine candidate moved into Phase I in the third quarter of this year. The company is also developing other COVID-related therapeutics. In May, about the same time as the Themis acquisition, Merck and Florida-based Ridgeback Therapeutics teamed up to develop MK-4482 (formerly known as EIDD-2801). MK-4482 is an orally available antiviral candidate for the treatment of COVID-19. In preclinical studies, MK-4482 demonstrated antiviral properties against SARS-CoV-2. More recently, Merck acquired Maryland-based OncoImmune and its COVID-19 therapeutic candidate CD24Fc. The OncoImmune asset, which has been subbed Saccovid, is an investigational immunomodulator targeting the innate immune system. Before being aimed at COVID-19, the asset was being studied for the prevention of graft versus host disease.