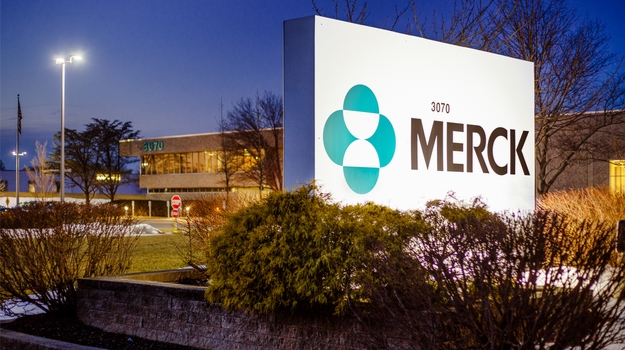 Merck Treasurer Caroline Litchfield will become the company’s new chief financial officer. She takes over the role for Robert M. Davis, who will become company president and chief executive officer upon the retirement of current CEO Kenneth C. Frazier.

As treasurer, Litchfield has been responsible for overseeing treasury, tax and investor relations for the company. She joined the company in 1990 and has held a number of positions with increasing responsibility across its global organization. Prior to her role as treasurer, she led finance for Human Health, the company’s largest business, overseeing financial operations and reporting in approximately 100 markets.

“I’m honored to become Merck’s CFO at such a pivotal time, and to work closely with Ken, Rob and the executive committee to continue our company’s truly unique legacy of saving and improving lives and creating long-term value for patients, customers and shareholders,” Litchfield said in a statement.

Frazier, who will retire as CEO at the end of June after 30 years with the company, touted Litchfield’s financial experience and leadership. He said she will be a key asset to the company’s leadership team.

“Ensuring our company's sustainable financial strength is essential to enable Merck to deliver on our mission to save and improve lives and to create long-term value for all our stakeholders,” Frazier said in a statement.

Davis, the current CFO, said he expects to benefit as CEO from Litchfield’s expertise and leadership in the months and years ahead.

The appointment of Litchfield is just the latest move in Merck’s c-suite following Frazier’s decision to retire, which was announced in February. Last week, the Kenilworth, N.J.-based company announced Michael T. Nally, the current chief marketing officer for the Human Health division, will leave the company at the end of March. Nally is leaving Merck for a leadership opportunity with another company. His next role was not disclosed.

Nally has served as chief marketing officer for Human Health since January 2019, following three years leading Merck’s global vaccines business. He has been at Merck since 2003 and served in a number of roles with increasing responsibilities.

Also announced, Frank Clyburn, current chief commercial officer of Human Health will become president of the Human Health division and lead all commercial and marketing responsibilities for the business unit.

Clyburn became chief commercial officer for Human Health in January 2019. Prior to this role, Clyburn was the president of Merck’s global oncology business. Clyburn joined Merck in 2008 and has had responsibility for numerous global pharmaceutical franchises, including diabetes, cardiovascular and women’s health, as well as leadership of marketing and sales teams.

Davis said he has “tremendous respect” for Clyburn’s strategic and operational skills. He called Clyburn the “perfect person” to lead Merck’s ongoing success in Human Health.

“Frank’s leadership in rapidly expanding our oncology footprint and accelerating the growth of that business is unparalleled in our industry, exceeded only by his relentless dedication to helping patients. I look forward to continuing to work with him as we advance Merck’s mission to save and improve lives,” Davis said in a statement.

Although Frazier is stepping down from the day-to-day operation as CEO, he will continue to guide Merck as executive chairman of the board.