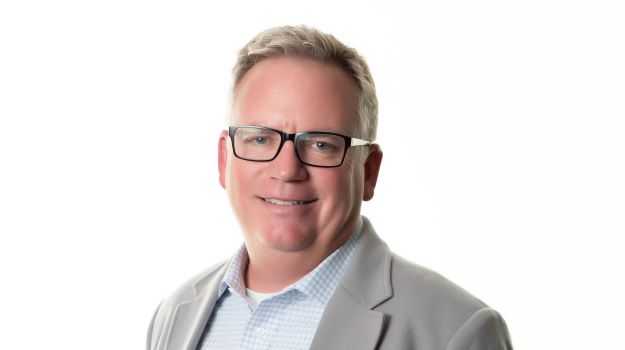 Meissa Vaccines’ intranasal vaccine for COVID-19 equals the protection afforded by existing vaccines in the same class of subjects after only a single dose, according to data presented this week at the American Society of Virology annual meeting. The caveat is that the data is from preclinical, non-human primate studies.

The data – also published on bioRxiv – indicates that the MV-014-212 vaccine-induced mucosal (nasal IgA) antibodies in the upper respiratory tract and systemic (serum neutralizing and binding IgG antibodies) in African green monkeys and provided protection when challenged by the wild-type SARS-CoV-2 virus. In vitro, the serum antibodies were also able to neutralize the Alpha (UK) and Beta (South African) viral variants.

Mariana Tioni, Ph.D., presenting the data for the group of 21 researchers, indicated the vaccine “reduced the peak shedding (of) SARS-CoV-2 in the nose by more than 200-fold.”  Moreover, she reported approximately 100-fold more spike-specific total serum IgG in the African green monkeys that were vaccinated with MV-014-212 than those that received a mock inoculation, and an 8-fold increase in IgA concentration 25 days after vaccination.

The company is optimistic that these results will carry forward into the Phase I human trial for MV-014-212, for which dosing has begun. That confidence is based upon results from its lead vaccine candidate for RSV, which uses the same delivery platform, AttenuBlock™.

In that Phase I trial of MV-012-968 for RSV, 56 days after vaccination, researchers found no detectable shed vaccine virus nasally, indicating heavy attenuation. Additionally, the vaccine-induced RSV-specific mucosal IgA in most of the vaccine recipients, despite pre-existing immunity to RSV.

The COVID-19 vaccine, MV-014-212, is a live attenuated, recombinant human respiratory syncytial virus (RSV) that expresses a chimeric SARS-CoV-2 spike as the only viral envelope protein. To create it, Meissa replaced the RSV attachment and fusion surface glycoproteins with a chimeric SARS-CoV-2 spike that consisted of the ectodomain and transmembrane domains of the SARS-CoV-2 spike, and the cytoplasmic tail of the RSV F protein. The spike protein retains its function in the vaccine, allowing the vaccine to attach and fuse with the host cell, the researchers pointed out.

MV-014-212 is genetically stable, unlike coronaviruses themselves, Martin Moore, Ph.D., CEO and co-founder of Meissa Vaccines, told BioSpace. “In the context of live attenuated vaccines, this means a few things. First, the vaccine itself doesn't mutate back to a wild-type form. This (mutation back to the wild-type form) is called reversion and can happen if there are few attenuating mutations.” Issues with reversion are one reason so few live attenuated vaccines are being developed to combat the SARS-CoV-2 virus. “To address reversion, our technology uses codon deoptimization, which employs hundreds of mutations to appropriately attenuate the virus.

“Genetic stability also relates to the propensity for the viral vaccine to react with other viruses or vaccines,” he continued. “To avoid this, we are using RSV as the backbone construct, which doesn't have this property.”

Earlier studies in mice (conducted by independent researchers) comparing intranasal and intramuscular vaccine administration, showed that only intranasal vaccines provided protection in both the upper and lower respiratory tract.

“Live attenuated vaccines are often administered by the same route of entry as the pathogen they target,” Tioni elaborated. As they replicate in the host, they mimic natural infections, but without causing disease. “They generate mucosal immunity at the site of the infection, blocking the pathogen at the earliest phases of infection, thus helping control systemic spread.”

The potential benefits of this intranasal vaccine, in addition to immunogenicity, include easy, needle-free administration in a single dose and without adjuvants, which have occasioned side-effects in some people. Meissa is considering MV-014-212 as an initial single-dose vaccine and also as a booster for those who have completed an authorized vaccine regimen.

This is one of a handful of COVID-19 intranasal vaccines in development globally. According to the World Health Organization’s vaccine tracker, as of July 13, of the 108 vaccines in clinical trials only 2 are live attenuated viruses. Eight are nasal vaccines. One of those, AdCOVID by Altimmune, was recently discontinued. Only 3 of the remaining 7 are intranasal replicating vaccines.

“Intranasal COVID-19 vaccines could help us get rid of masks for good, get back to normal, and potentially immunize billions of people who don’t have access to currently authorized vaccines and who will need boosters periodically,” Moore said.

Their potential for global deployment is high. “Because our vaccine candidates have cost-effective, small-footprint manufacturing, we have the potential to manufacture them ourselves and meet global demand,” Moore said. “Partnering could accelerate our efforts, and we are open to that as well.”