Is Biotech Keeping Up with Diversity and Inclusion Today? 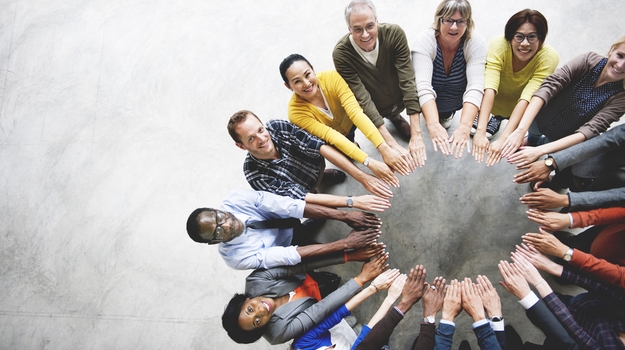 It’s no secret that for years men dominated every field of science. More specifically, white males are the key to this equation. Back in 1960, white males composed nearly 90% of all professional positions in the various fields of science. Now, fast forward to a new era. When women and minorities began entering the scientific field in droves, an incredible movement began where over the next few decades, the rate of women and minorities entering the realm of science increased by 10% every decade. This trend continued until the playing field was nearly level.

So, were do biotech companies fit into this scenario, you ask? Well, while they welcome the new ideas and creativity that comes with diversity and inclusion, white men still vastly outnumber women and minorities in the field. So, to answer the question of whether biotech is truly keeping up with diversity and inclusion today, the complicated answer is the movement is “ still in progress.”

Today, the national average for women in CEO positions is around 7 to 9 percent, but for biotech companies, the number still hovers around only 2%. However, in 2015, over half of the biological science bachelor’s degrees were awarded to women. So, where are these women in life sciences and biotech companies? Let’s take a look.

There are 44 biotech companies in San Diego, yet, of those 44 companies, only one has a female CEO: Helen Torley, M.B., Ch. B., CEO of Halozyme. When Torley discovered this fact upon the released of a statistical report in 2016, she felt compelled to take action. In a recent interview with BioPharma-Reporter, she talks about her take on incorporating diversity in the workplace and how this movement could benefit biotech companies, such as hers.

Torley noticed that women seem to drop off at nearly every level on the ladder during the climb to reach top positions, such as CEO. Her solution? Sponsors.

Sponsors in the Workplace

It’s important to understand that sponsors are different from mentors, as Torley notes. Rather than give other women advice and pass on important knowledge, they are there simply for support; to help them advance in an otherwise seemingly unwelcoming work environment. Having people to back you up in the workplace can be a powerful tool to help promote women and minorities in the workforce, presenting them with opportunities they might not have seen without it.

The Benefits of Diversity and Inclusion to Biotech Companies

Without variety, the workplace, or any place for that matter, would be a dull and uninspiring landscape. Not only do differences add creativity and bring new ideas to the forefront, but studies have revealed that companies in the top 25% of gender diversity and top 35% of racial diversity are among the higher grossing companies, in contrast to those that lack diversity. It makes a company and its leader in any respective industry stronger, and this strength and success is something female pioneers like Torley are trying to bring to the biotech industry.

What Progress Has the Biotech Industry Made Regarding Diversity and Inclusion?

Back in April, the Biotechnology Innovation Organization, also known as BIO, announced their plan to bring greater diversity in gender, LGBTQ, ethnic and racial equality through what they call their “Right Mix Matters” campaign. This campaign aims to bring all its members the same benefits as other companies have through diversity and inclusion, across 30 countries. Their two main solutions are their BIO Boardlist, an online portal which connects both public and private companies with qualified, diverse leaders, and their BIO Diversity and Inclusion Toolkit, which gives companies the means of preparing their employees with programs aimed at developing the best practices for bringing diversity to their offices.