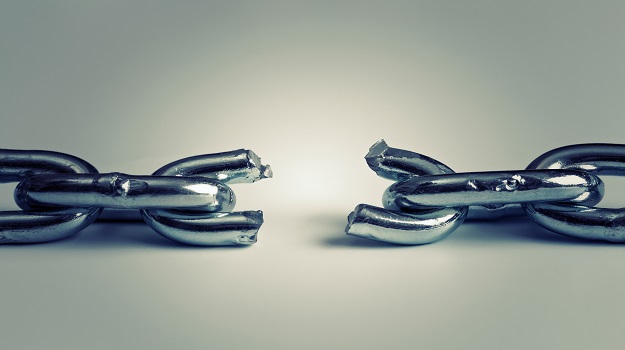 Cambridge, Mass.-based Ironwood Pharmaceuticals will split into two independent companies, Ironwood and what is currently being dubbed R&D Co. The division is designed to separate the company’s soluble guanylate cyclase (sGC) business from its commercial and gastrointestinal business, the company announced this morning.

Ironwood said the separation, which is scheduled to be completed in the first half of 2019, is designed to “unlock value, increase operational performance and strategic flexibility, and tailor capital structure for each business.” Despite Ironwood’s optimism shareholders have expressed their displeasure this morning. Shares of Ironwood are down more than 3 percent in morning trading to $17.55 as of 9:42 a.m. During premarket trading the stock was down as much as 6 percent.

Once the separation is complete Ironwood said it anticipates being a profitable company beginning in 2019. It will build on its commercial success in order to accelerate the growth of its in-market products and advance development programs targeting treatments for gastrointestinal (GI) diseases, uncontrolled gout, and abdominal pain, the company said this morning.

R&D Co., which will later be renamed, the company said, will focus on the company’s work in cyclic guanosine monophosphate (cGMP) pharmacology to advance an innovative sGC pipeline expected to focus on the treatment of serious and orphan diseases. The new company will launch with the Phase II clinical compounds praliciguat and olinciguat.

“Since our founding 20 years ago, we have been driven by a simple mission: create and commercialize innovative drugs that can change patients' lives and generate value for our shareholders. Ironwood today markets three commercial medicines, including Linzess, a category leader, and is advancing a deep pipeline of drug candidates targeting severe and high unmet need diseases,” Hecht said.

Ironwood believes the planned separation will create, two productive businesses with strengthened competitive positions that have specifically tailored capital allocation strategies. Hecht added that the company has been pioneering two areas -- commercializing products in categories with millions of potential patients and innovating to discover and develop important new medicines.

R&D Co.’s assets are expected to initially include numerous sGC stimulator programs, such as praliciguat, which is in Phase II for heart failure with preserved ejection fraction (HFpEF) and for diabetic nephropathy. Additionally, the new entity will have Phase II olinciguat, for treatment of sickle cell disease and achalasia. It will also have tissue-targeted sGC stimulators, which includes IW-6463 in development for severe central nervous system diseases and other discovery programs targeting severe liver and lung diseases.

The two companies will have separate boards and leadership teams. Specific details will be provided at a later date, the company said in its announcement.

The announcement came at the same time the company announced that for the first quarter of 2018 revenue increased 33 percent to $69 million in comparison to the same period last year. During the quarter Ironwood said sales of Linzess grew 15 percent to $159.3 million. Ironwood and Ireland-based Allergan collaborated on the development of Linzess and both share in the revenue stream.