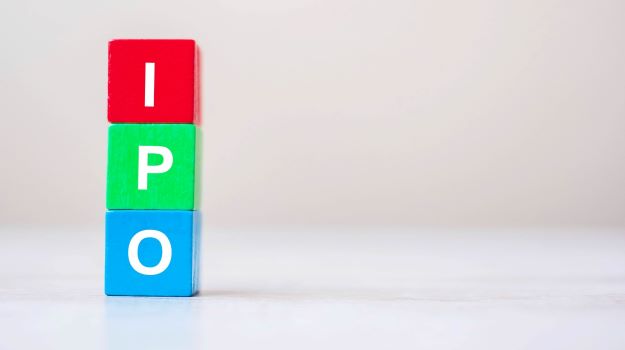 The first half of 2021 has seen a flurry of IPOs as multiple companies make the move to become publicly traded. The trend continued this week, as Aerovate wasn’t the only biopharma company to hit the stock exchange.

The company sold 8,682,142 shares of common stock at a public offering price of $14 per share. Following its first day of sales, the stock rose to a closing price of $22.83 per share. The stock is down slightly to $22 per share in premarket trading. Aerovate’s stock is sold on the exchange under the ticker symbol “AVTE.”

Boston-based Aerovate, which emerged from the RA Capital incubator, will use the funds to advance AV-101, its dry powder inhaled formulation of the drug imatinib for the treatment of pulmonary arterial hypertension. Imatinib, a tyrosine kinase receptor inhibitor, is a generic cancer drug used to treat forms of leukemia and gastrointestinal stromal tumors.

When Aerovate launched, the company noted that existing work with imatinib was showing efficacy in PAH. An oral version of imatinib showed significant efficacy in a Phase III trial but was poorly tolerated by PAH patients. Aerovate believes that its inhaled formulation should decrease the adverse effects of the oral product revealed by reducing systemic exposure to the drug while simultaneously increasing the dose of medicine delivered directly to diseased lung tissues.

Acumen Pharmaceuticals – Virginia-based Acumen began trading on the Nasdaq this morning under the ticker symbol “ABOS.” The company raised $160 million in its IPO. Acumen sold 9,999,999 shares of common stock at a public offering price of $16 per share.

Acumen is developing a novel approach to targeting target amyloid-beta oligomers, (AβOs), which the company believes to be a key underlying cause of Alzheimer’s disease.

The company will use the funds from the IPO to advance the development of its targeted immunotherapy drug candidate, ACU193. Acumen also launched a Phase I study of the asset in the second quarter of this year to assess safety, tolerability, pharmacokinetics and target engagement. The drug is being assessed in patients with mild cognitive impairment and mild dementia due to Alzheimer’s disease. Data from the early-stage trial is expected by the end of 2022.

Kymera Therapeutics – Massachusetts-based Kymera Therapeutics raised $223.5 million in an upsized offering. The company, which is advancing targeted protein degradation to deliver novel small molecule protein degrader medicines, debuted on the Nasdaq under the ticker symbol “KYMR.” For its offering, the company sold 4,755,000 shares of its common stock at a public offering price of $47 per share.

The company is advancing multiple assets to treat a broad range of immune-inflammatory diseases, hematologic malignancies, and solid tumors. Kymera’s lead programs are IRAK4, IRAKIMiD, and STAT3. Each of these assets addresses high impact targets within the IL-1R/TLR or JAK/STAT pathways, the company said.

CVRx – Minnesota-based CVRx, a med-tech company, raised $126 million in its IPO. The company sold 7,000,000 shares of its common stock at a public offering price of $18 per share. The stock began trading on the Nasdaq on Thursday under the ticker symbol “CVRX.” The stock climbed to $7.05 on its opening day, however, this morning the share price has fallen more than 6% to $26.01.

CVRx developed the first neuromodulation device to treat the symptoms of heart failure (HF), dubbed Barostim. It is delivered through an implanted device that sends electrical pulses to baroreceptors located in the wall of the carotid artery through a small stimulation lead.

Absci – Based in Washington State, synthetic biology company AbSci filed for a $100 million IPO. The IPO comes hot on the heels of the company’s $125 million crossover financing round in March and the acquisition of Totient, a portfolio company of China’s Viva Biotech. Totient harnesses human immune responses in order to identify novel antibodies and their therapeutic targets.

Through the acquisition, Absci gained antibody and target discovery technology. According to the announcement in June, Totient has “reconstructed more than 4,500 antibodies from over 50,000 patients and has de-orphaned a collection of promising antibodies by identifying and validating their target antigens.”