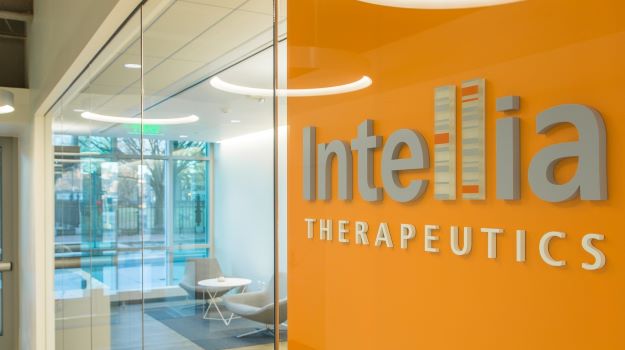 Cambridge, Mass.-based Intellia Therapeutics has had a busy week, but they’re topping it off with the announcement of their public offering price of $145 per share for 4,137,931 shares for what it hopes will be gross proceeds of $600 million.

On June 26, the company, along with Regeneron Pharmaceuticals, announced what they are calling “landmark clinical data” from their ongoing Phase I trial of their in vivo genome editing candidate, NTLA-2001. The therapy is under development as a single-dose treatment for transthyretin (ATTR) amyloidosis. ATTR is a rare, progressive and fatal disease caused by mutations in the TTR gene, which results in the liver producing structurally abnormal transthyretin (TTR) protein that tends to misfold. The abnormal proteins build up as amyloid in the body, which causes damage to the heart, nerves and digestive system.

NTLA-2001 is based on CRISPR/Cas9 gene editing technology. It’s also the first CRISPR therapy to be administered systemically. It uses lipid nanoparticles—basically tiny balls of fat—instead of viruses to deliver a two-part genome editing system. That system is made up of guide RNA specific to the disease-causing gene and mRNA that encodes the Cas9 enzyme.

The companies presented the interim data at the 2021 Peripheral Nerve Society (PNS) Annual Meeting and published in The New England Journal of Medicine.

“These are the first ever clinical data suggesting that we can precisely edit target cells within the body to treat genetic disease with a single intravenous infusion of CRISPR,” said Intellia’s president and chief executive officer John Leonard. “The interim results support our belief that NTLA-2001 has the potential to halt and reverse the devastating complications of ATTR amyloidosis with a single dose. Solving the challenge of targeted delivery of CRISPR/Cas9 to the liver, as we have with NTLA-2001, also unlocks the door to treating a wide array of other genetic diseases with our modular platform, and we intend to move quickly to advance and expand our pipeline. With these data, we believe we are truly opening a new era of medicine.”

The unnamed company will be headquartered in Cambridge, Mass. and acquire Cellex’s subsidiary GEMoaB GmbH with offices and labs in Dresden, Germany. Andrew Schiermeier, current executive vice president and chief operating officer of Intellia, will head the new company as president and chief executive officer.

“This launch represents the first of many steps to addressing the various limitations that currently exist in the cell therapy space, and I am both humbled and excited to be leading the creation of this company with a team of extremely talented individuals,” Schiermeier said.