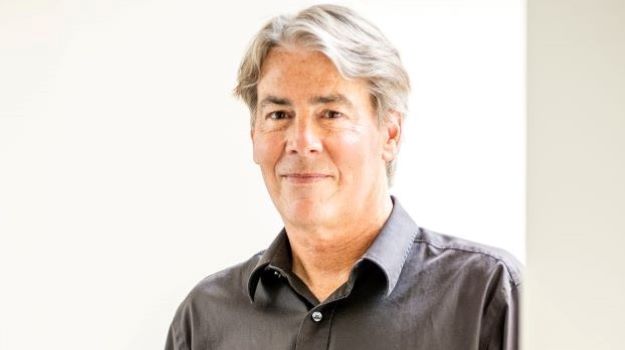 The California and Texas-based biopharma company, which is pioneering disease-modifying medicines for the treatment of life-limiting respiratory diseases, showcased preclinical data from its RNA-based molecular therapy program in CF which includes RCT223, a transfer RNA (tRNA) approach, and RTX0001, a messenger RNA (mRNA) treatment.

Cystic fibrosis is a progressive, genetic disease that occurs when an individual is born with mutations in this gene, resulting in either an absent or dysfunctional CFTR protein.

The CFTR gene conducts ions across the plasma membrane of cells that line the airway. These mutations give patients an imbalance across this membrane, causing unproductive mucociliary clearance and excess mucous. This leads to chronic infections, inflammation, breathing difficulties and an irreversible loss of lung function for which there is currently no cure.

The most hopeful disease-modifying treatment to date is Vertex Pharmaceuticals’ TRIKAFTA™, which was approved in October 2019 for people ages 12 and older with at least one F508del mutation in the CFTR gene. Trikafta, which is designed to increase the quantity and function of the F508del-CFTR protein at the cell surface, is the first medicine to treat the underlying cause of CF. On June 9, Vertex announced that the FDA had expanded this approval to include children 6-11 years of age.

At the time of the approval, Vertex President and CEO Jeffrey Leiden stated that Trikafta has “the potential to treat up to 90% of all people with CF in the future.”

While praising the advances that Vertex has made, ReCode CEO and President David J. Lockhart told BioSpace that there is still work to be done.

“Vertex has done a wonderful job. They're helping a lot of CF patients. But there's a subset of the CF population, 10% or even more, that either don't benefit or don't benefit enough from the Vertex drugs. Some people estimate that to be even more like 30% in the ‘not enough’ category,” Lockhart said. “It's also not a cure. It doesn't necessarily bring people back to normal. It doesn't make it so they then make the right version of the protein, it just makes it so the one they make works better.”

ReCode is trying to close that gap.

“We are using multiple different RNA modalities to restore the fundamental biological deficit in cystic fibrosis. So this isn't a palliative approach. This isn't just about symptomology. We are addressing the underlying biological function deficit in CF,” Lockhart explained.

ReCode’s tRNA approach (RCT223) is a read-through (RT), which focuses on restoring a translational pathway critical to producing the CFTR protein. People with CF are born with what are called “nonsense” mutations that lead to premature stops in this process.

“Normally in translation, when you start making the CFTR protein, you can read all the way through the messenger RNA and make full-length proteins. In people with a premature stop mutation, the translational machinery starts reading, and then it hits an early stop and is done. And so full-length protein never gets made.”

ReCode is delivering a tRNA modeled on a natural human tRNA, modified so that instead of recognizing a signal to stop prematurely, the translational machinery recognizes it as a signal to put in an amino acid called arginine so that translation can continue to produce the full-length CFTR protein.

The data presented at ECFS showed that RCT223 was successful in restoring CFTR function in the gold-standard human bronchial epithelial (hBE) cell model, both with single and repeat dosing.

ReCode’s second therapy, RTX0001, is an mRNA replacement agent, which involves inserting the full-length messenger RNA that encodes the normal version of CFTR.

The data showed that RTX0001, delivered to CF hBE cells, significantly restored CFTR function after a single, low dose and that this activity was maintained for at least 72 hours after twice-weekly administration.

“We just showed that we can use these two different modalities, the tRNA approach and the mRNA approach, and we can deliver them into human cells with a CFTR deficiency and we can restore function. That, to our knowledge, is a pretty rare thing to do,” Lockhart said.

Lockhart added that ReCode has also shown the ability to nebulize both therapies and deliver them directly into the lungs of animals as an aerosol, allowing them to reach the cells that line the airways.

Both programs leverage ReCode’s robust Lipid Nanoparticle (LNP) platform, which overcomes some of the limitations inherent in viral vectors, such as manufacturing and safety challenges, as well as their one-time use nature. And, while viral vectors can only package pieces of genetic code up to a certain size, the LNP platform allows ReCode to package larger and even mixed payloads.

“Our LNPs, relative to other delivery vehicles generally and especially other LNPs, are far more potent, meaning that you can deliver less of the LNP and get more of the payload into the cells,” Lockhart said.

The LNP delivery method has been made popular of late by Pfizer/BioNTech and Moderna, which both use LNPs to wrap up their mRNA vaccines.

Lockhart shared that ReCode’s path to the clinic could be expedited by those who have gone before.

“We're very fortunate that we get to follow the path that has been blazed by Vertex for their CF drugs,” Lockhart said. “So, even though it's a totally different type of drug, the path into the clinic and through the clinic, including the primary clinical trial design, that we plan to use is very similar to what Vertex used for the approval of their drugs. As a result of that, we think that this can be a very efficient path to approval.”

ReCode is currently conducting further studies to select the doses it plans to use in its Investigational New Drug  (IND)-enabling studies. Lockhart is hopeful to have an IND approved in 2022.