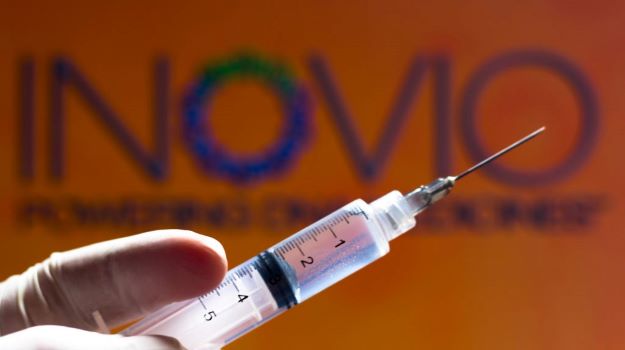 Shares of Inovio were climbing in early trading this morning after the company announced its DNA vaccine candidate for COVID-19 induced a robust T-cell response against multiple variants of the SARS-CoV-2 virus.

Pennsylvania-based Inovio said its vaccine candidate INO-4800 generated the T-cell response, as well as provided neutralizing antibodies against all spike protein variants tested, including the Brazil and U.K. variants of the novel coronavirus. Inovio believes INO-4800 will play a key role in providing protection against COVID-19.

Data from the study has been submitted to a peer-reviewed publication. The study is called “INO-4800 DNA Vaccine Induces Neutralizing Antibodies and T cell Activity Against Global SARS-CoV-2 Variants.”

Inovio President and Chief Executive Officer J. Joseph Kim said the results of the study remain consistent with the company’s expectation for the vaccine based on earlier announced data.

Last year, Inovio announced positive interim data from the Phase I trial of INO-4800. In the interim data, 94% of the recipients demonstrated an overall immune response at Week 6 after two doses of the vaccine, the company said. At Week 8, the vaccine appeared to be both safe and well-tolerated with no serious adverse events. All of the adverse events were mild, grade 1 in severity. Most were redness at the injection site. Kim said the response seen from INO-4800 studies indicates the vaccine will be essential as a treatment against the emerging strains of COVID-19.

Data announced this morning was based on clinical samples from patients in the Phase I study taken post-immunization. Antibodies that are capable of neutralizing viral activity were measured against the spike protein variants tested, including the U.K. variant B.1.1.7, the South African variant B.1.351, and P.1., the Brazilian variant. The study showed the T cell responses induced by the INO-4800 vaccination were fully maintained against the three variants when compared to the T cell responses to the original strain of the virus.

Additionally, Inovio noted that its DNA vaccine candidate separated itself from the two mRNA vaccines developed by Moderna and Pfizer and BioNTech. The company noted that although some reports show the mRNA vaccines saw a reduction in neutralizing activity against the Brazilian variant. However, Inovio was quick to note that its data shows INO-4800 “generated robust neutralizing antibodies at levels against Brazilian variant which were comparable to those against the (original) Wuhan strain.”

“Collectively, the studies showcase how the combination of robust T cell responses in conjunction with neutralizing antibody responses provide an important defense against both emerging and potential future viral variants, exhibiting broad protection against the virus and less impacted by the mutational changes a virus may undergo,” the company said.

Results from the Phase II portion of a Phase II/III study are expected to be reported in the second quarter. Kim said they hope to begin the Phase III portion shortly thereafter. The trial was delayed after the U.S. Food and Drug Administration (FDA) placed a partial clinical hold on the study last year.

“Our COVID vaccine's projected safety profile, its stability at room temperature for more than a year, and likely ability to safely boost numerous times positions INOVIO's COVID-19 vaccine as an important factor in addressing the virus in its pandemic and endemic states,” Kim said in a statement.

INO-4800 is composed of an optimized DNA plasmid and is delivered directly into cells through a proprietary smart device in order to produce what the company calls a robust and tolerable immune response.