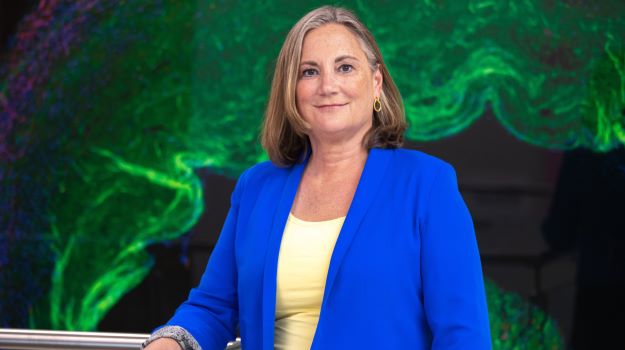 Humacyte’s engineered blood vessels, human acellular vessels (HAVs), are in a position to take tissue regeneration from a laboratory possibility to a commercial reality. Well into late-stage Phase III trials, the company is making functional blood vessels on a regular basis, for use in repairing or replacing the body’s own damaged vessels.

These HAVs enable surgeons to restore blood flow with an off-the-shelf conduit that is immediately available. It can be stored for 18 months under normal refrigeration. It also resists infection because it is repopulated with the patient’s own cells. The benefit to patients is significant.

In contrast, the alternatives are to harvest saphenous vein from the leg, which is not always an option for patients, or to use synthetic materials, such as Teflon or plastics, which tend to cause an inflammatory response in the body. Neither option is universally suitable.

Humacyte’s initial engineered artery product - the HAV - measures 42cm long and 6mm in diameter. Currently, HAVs are being evaluated in late-stage clinical trials for arteriovenous access for patients with kidney failure who are on dialysis and for patients with vascular trauma from incidents like industrial accidents or gunshot wounds.

“That size will allow vascular surgeons to repair or replace many of the arteries in the body that need it,” Laura E. Niklason, M.D., Ph.D., Humacyte founder, president and CEO, told BioSpace. That includes, “essentially all the main arteries in the limbs.”

The 6mm HAVs are too large for use in heart bypass surgery, however. “For that, you need a smaller caliber vessel,” she said. Humacyte, therefore, is developing 3.5mm blood vessels for cardiovascular applications. These have advanced to non-human primate studies.

Humacyte’s engineered blood vessels seem to be quite durable. “We have some patients who’ve been using our vessels for dialysis for nine years and counting,” Niklason said. She attributes that durability and functionality to the way in which the vessels are grown, which allows them to repopulate with the patient’s own cells to become a living tissue.

Niklason has been working to engineer blood vessels since the 1990s. Initially, she and her group developed a bioreactor and scaffold system that created the physiologic environment of a blood vessel in the laboratory. “We created the geometry – the tubular shape and the anchoring points – and we also created an environment that had the right biochemical cues to help cells grow and form new blood vessels,” she said.

That included adding the right mechanical cues, too. “We took care to mimic the actions of the heart on the blood vessels that were growing. For example, every time your heart beats, it pumps blood and distends your blood vessels by a couple percent.”

Niklason and her team have also built a large bank of human vascular cells, which they have isolated and qualified. So, by selecting the right cells, and by putting the cells into the engineered culture environment, “those cells execute a program where they are, essentially, generating a new artery,” she said. “Now we can make that happen on a recurring and regular basis.”

Humacyte’s modular, commercial-scale manufacturing units can grow 200 HAVs at a time. “Over eight weeks, the human vascular cells repopulate vessel-shaped scaffolds and form new vascular tissues. Then, the culture medium is drained from the system and replaced with decellularization solutions that wash the donor cells out of the tissue,” Niklason explained.

Consequently, there is no evidence of rejection when the HAVs are implanted into patients. “The patient’s own cells look at the new HAV rather like an empty apartment building. They migrate into the HAV, turning it into a living blood vessel containing vascular cells. It becomes the patient’s own artery over time. This is regenerative medicine in the truest sense – a new artery in a specified location that the patient may not have had before.”

This is possible because scientists have a foundational understanding of how connective tissues such as blood vessels, skin, bone, tendons, etc., heal and regenerate. Less is known about the healing and regeneration of solid organs like the kidney, liver, pancreas, spleen, brain, bone marrow, etc., and some of those solid organs lack good repair processes, Niklason pointed out. Therefore, she believes connective tissues will be the first type of engineered tissue to be commercialized.

Niklason has also been developing tissue regeneration processes since the mid-1990s, when she was a post-doctoral student working in Robert Langer’s laboratory at Massachusetts Institute of Technology (MIT), splitting her time between the lab and Massachusetts General Hospital, where she completed her residency.

“Even then, in the 1990s, we had a good idea about how blood vessels form, heal and respond to injury,” she said. Coupling known science with an unmet need – “vascular disease is among the biggest killers in Western civilization,” she said – she realized there was a therapeutic imperative to build a company.

She and her post-doc Juliana Blum, Ph.D., and graduate student Shannon Dahl, Ph.D., formed Humacyte to advance the work in 2004. Humacyte’s development program moved into non-human primates in 2009. In 2012, Humacyte moved into human studies. “We have been in humans for more than nine years, with more than 450 patients implanted,” Niklason said.

While this approach has great potential, “This is fundamentally new technology,” she emphasized. “We’re the first company on the planet to have industrialized and brought to commercial scale this type of human tissue regeneration.” She said Humacyte has the equipment and systems to produce 8,000 blood vessels per year, and the building has space to expand that five-fold.

The challenge now is simply to complete the current Phase III trials and submit a biologics licensing application to the U.S. Food and Drug Administration.

Once approval of the first product happens, the mission will expand. Eventually, Humacyte is considering modifying the engineered vessels for other applications, such as coating them with therapeutic cells. Pancreatic islet cells, which secrete insulin, are one possibility.