How “Ghosting" Employers Can Ruin Your Professional Reputation in Biopharma 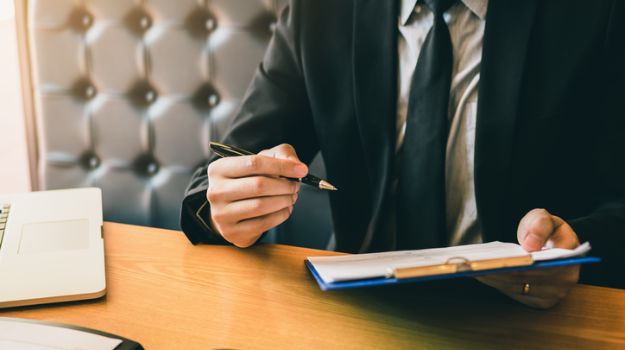 Ghosting employers is the professional equivalent of standing up to someone for a date, and it can ruin your professional reputation, especially in the tight-knit biopharma industry.

Unfortunately, the trend of workers ghosting employers is more common than many might think, according to a report by The Washington Post.

Ghosting can look something like this: a candidate applies for a job, successfully passes all of the interviewing stages and is finally offered the job. But, instead of responding to decline or accept the offer, the candidate is never heard from again.

People can “ghost” at the job offer stage, on their first day of work (by simply not showing up after they've agreed to take the job) or even by walking out on their current employer with zero warning, zero explanation and zero contact thereafter.

So, why are professionals going radio silent on employers and recruiters?

In this tight labor market, the candidate is king, so to speak, and therefore feels more empowered to call the shots during their job search. The job seeker is in the driver’s seat now, and some are not taking every job offer as seriously as they should.

A tight labor market also means that talented, desirable candidates may be faced with multiple job offers at once, perhaps giving them some the sense that they can simply choose the job they want and ignore responding to other offers or employers.

Keith Station, director of business relations at Heartforce Solutions, said that workers are especially likely to ghost employers who offer low-paying service positions to move onto something offering more.

Although it can seem almost too easy to ghost an employer because of the high demand for workers, "ghosting" employers can have very different consequences than doing so to your date.

The Consequences of "Ghosting"

On a basic human level, when you “ghost” someone, often their immediate thought is that something is wrong or there has been some kind of an emergency. Simply put, they start to worry about you.

Because it’s so far-fetched for many to believe that any professional would simply stop all communication for no reason, their first concern is that something must be wrong. So, once they realize that all is well and they’re simply being cut off, that sense of worry quickly turns to anger.

And that’s a feeling they aren’t likely to forget any time soon.

Ghosting employers or recruiters is one of the most effective ways to burn bridge” in your professional life. Like LinkedIn editor-in-chief Dan Roth pointed out to CBS, employers remember who “ghosted” them, so anyone who “ghosts” runs the risk of having a serious dent in their professional reputation.

For one, you never know who you will end up working with in the future, who you’ll be sharing a panel with at your next conference or who will be sitting across from you at the interview table. If it’s someone you’ve “ghosted,” you’re in for a rocky, awkward conversation.

And remember, people talk. The life sciences can be a rather small world, especially if you remain in one field, so this type of faux pas can easily come back to haunt you in the future. It’s likely that whoever you’ve “ghosted” will share the experience with others, and word about your unprofessionalism will get around pretty quickly.

What to do Instead of Ghosting

Ultimately, ghosting employers is a sign of immaturity and unprofessionalism. As LinkedIn Editor Chip Cutter said, in today’s tight labor market, “professionals face a task some have rarely practiced: saying no to jobs.”

Some job candidates may fear conflict or not understand the right way to decline an offer or quit a job. So, rather than risk an uncomfortable conversation that they don’t know how to approach, they simply stop showing up altogether.

Instead of simply avoiding a potentially negative conversation, job candidates and employees should learn how to say “no” gracefully in a way that doesn’t burn any bridges and leaves their professional reputation intact yet clearly gets their point of view across. Similarly, if you’re unhappy in your current job, understanding how to walk away without creating a scene or causing further damage to your professional reputation or relationships is a valuable skill that everyone should master.

And, finally, don’t hold grudges. If you were ghosted in the past by an employer, don’t hold on to that feeling of rejection and perpetuate the same bad habit. You'll only create a negative perception of your professional reputation by ghosting employers and a disparaging sense of your character in the minds of future employers and colleagues.