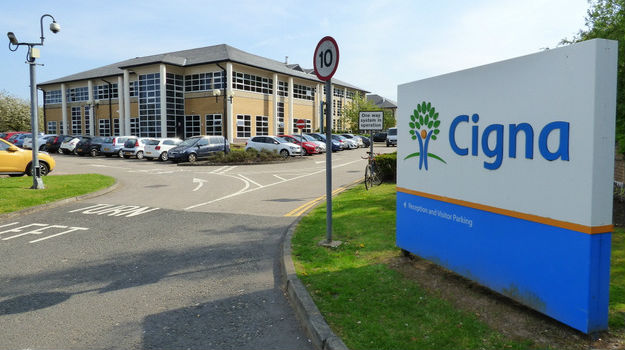 In the terms of the deal, Cigna is offering $48.75 in cash and 0.24334 shares of stock of the combined company for each share of Express Scripts. This totals $96.03 per share, a premium of about 31 percent on top of Express Scripts’ closing price yesterday. The total transaction has a value of $67 billion, including $15 billion in Express Scripts’ debt.

Once the deal is finalized, Cigna shareholders will have about 64 percent of the combined company, with Express Scripts shareholders in control of the remaining 36 percent. Once the deal closes, the combined company is expected to have about $41.1 billion in debt. Cigna plans to fund the cash part of the deal with a combination of its own cash, Express Scripts debt and new debt issuance. It has debt financing from Morgan Stanley Senior Funding and The Bank of Tokyo-Mitsubishi UFJ.

Ana Gupte, an analyst with Leerink Partners, said to CNBC, “It is possible that the threat of an Amazon entry into the healthcare and possibly the drug supply chain landscape, with the latest news of the Amazon/Berkshire Hathaway/JPMorgan employer coalition has spurred Cigna and Express Scripts to tie the knot.”

In December 2017, Aetna announced it was merging with CVS Caremark Corporation. CVS has 9,700 retail pharmacies and 1,100 walk-in clinics, but the significance of the deal is its pharmacy benefits manager enterprise. In 2016, it generated net revenue of $177.5 billion.

In January, Leah Binder, writing for Forbes, noted, “With its purchase of Aetna, another bold company and the nation’s third largest health plan, CVS upended uncomfortable business incentives built into its business model. In theory at least, the CVS PBM has new incentive to bring down drug prices and push for the most efficacious—not necessarily the most expensive—treatment choices, to achieve more competitive insurance premiums. They can also favor common sense preventive and primary are through convenience clinics.”

Express Scripts was the last standalone of the three biggest PBMs.

Early last year, a court blocked a proposed merger between Cigna and Anthem, valued at $48 billion. And another judge blocked a deal between Aetna and Humana worth $37 billion.

Express Scripts is the largest U.S. PBM, handling drug plans for more than 80 million people, including the U.S. Department of Defense. The New York Times writes, “It has long pitched itself as an independent player whose main focus was lowering medical costs by striking deals with drug companies on behalf of insurers and large employers. Its major competitors are CVS Health, which owns retail pharmacies and itself recently merged with Aetna, and OptumRx, which is owned by the insurance giant UnitedHealth Group.”

The last several years have marked significant political and consumer criticism of drug prices. When PBMs are consolidated, company executives argue that the combined companies can have a more coordinated approach to drug and healthcare pricing, and the size provides leverage in negotiating with pharmaceutical companies. The counterarguments revolve around the disruption of competition and the PBM’s profit margins.

“This combination accelerates Cigna’s enterprise mission of improving the health, well-being and sense of security of those we serve, and in turn, expanding the breadth of services for our customers, partners, clients, health plans and communities,” said David Cordani, Cigna’s president and chief executive officer, in a statement.