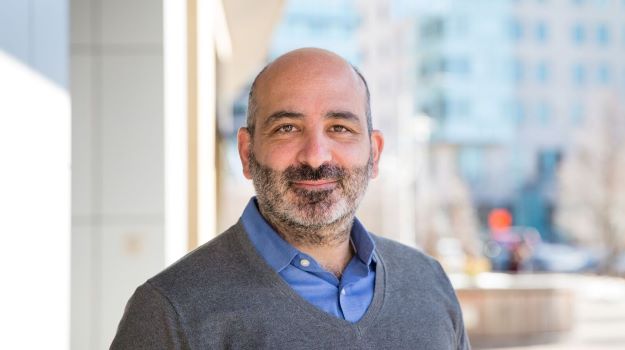 Manufacturing capacity is often decried as a major bottleneck in administering COVID-19 vaccines to a global population of 7.8 billion. For mRNA vaccines, which can make 1 million doses in a 2-liter bioreactor, the bottleneck is the availability of raw materials, not bioreactors.

GreenLight Biosciences’ proprietary biological mRNA manufacturing method eliminates that constriction by using a natural, biological approach. The method isn’t being used for the vaccines being manufactured now, but it could be important in vaccine rollouts in 2021 and later.

mRNA is the lynchpin in the industry’s vaccine response.

“The silver lining in the pandemic is that it occurred at a time when companies like BioNTech, Pfizer and Moderna had been developing mRNA. It’s the only reason we can respond as quickly as we are,” Andrey Zarur, Ph.D., president and CEO of GreenLight Biosciences, Inc., told BioSpace.

For mRNA vaccines, the bottleneck is obtaining the quantities of enzymes and nucleotides needed to inoculate perhaps three-quarters of the world’s population.

GreenLight’s cell-free mRNA manufacturing process overcomes that by mimicking nature. “We start with glucose, water and microbes. There’s an unlimited supply of those. That’s the biggest advantage of our method,” Zarur said.

As an analogy, “Think about your body. It makes all the components it needs from what you eat – sugars, carbohydrates, oxygen and water. Now think of leveraging that to make mRNA in a more natural way,” he said. “We make all the components necessary for mRNA in living cells, and then put them in cell-free reactors so the cells that produced the original material are no longer present.”

GreenLight’s process breaks down nucleotides from low-cost yeast and rebuilds them into mRNA-using enzymes in a fermentation system.

In contrast, the traditional in vitro transcription (IVT) manufacturing method is a chemical process. It requires buying materials from third parties and growing nucleotides in the right order.

“That’s the way mRNA is made in the lab. For small quantities, that’s sufficient. It can make 2-3 grams per liter – a good yield,” Zarur said. “That method, however, is limited by the ability to source enough raw materials – the nucleotides and enzymes – from those who manufacture them at scale.”

Until supplies are resolved, “We believe our method is the fastest way to harness nature and mimic it.”

The output of GreenLight’s biological method and the traditional IVT method is comparable.

“Our process is a little slower because it more closely mimics nature, which can take several hours. IVT takes about 45 minutes to make the same molecule. Our molecule, however, is easier to purify because IVT tends to have a few transcriptional errors,” Zarur said. “That’s a huge advantage.”

There is a substantial cost difference, though. GreenLight’s mRNA is expected to cost only a fraction of the approximate $10,000 per gram sometimes charged for IVT-produced products.

GreenLight’s GMP manufacturing facility isn’t up and running yet, but, Zarur said, “We hope to be in the facility by the second quarter of 2021. GMP manufacturing is at a premium right now, and we’re scrambling to accelerate construction.

“Our goal is not to compete against companies, but against the virus,” he emphasized. “Therefore, we could partner and help.”

Producing mRNA for other companies, he said, is straightforward. It would just require “getting their RNA sequences, manufacturing the mRNA, sending them to them for testing and having the FDA qualify the release assay.”

The client would only need to file a change of process with the FDA.

GreenLight also is developing two mRNA vaccine candidates of its own. Unlike many COVID-19 vaccines, which “basically are the sequence for the SARS-CoV-2 spike protein, our vaccines use is a different, more immunogenic sequence.” Also, he said, “We changed the promoter regions of the candidates, making them easier to be translated by human cells.”

These two vaccine candidates are moving to toxicology studies soon, so Zarur anticipates having them ready not for the immediate round of vaccinations but for subsequent rounds. He expects the vaccines to generate a stronger response that would allow either a single dose or a lower dose.

“The best thing we can do right now is get our manufacturing facility up and running. We’re here to help.”