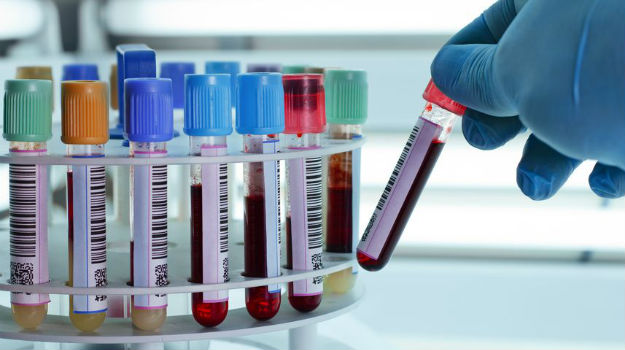 The Guardant360 detected targetable genomic biomarkers comparable to tissue in NSCLC patients. The test identified guideline recommended-biomarkers in 77 patients, while tissue testing, more traditional tissue pathology, identified them in 60. In addition, in all the patients that Guardant360 identified a target of an FDA-approved drug, such as EGFR, ALK, BRAF, and ROS1, tissue also identified the same alteration.

The median time for results for Guardant360 was shorter than tissue testing. With Guardant360, results were reported nine days on average, compared to 15 days for tissue.

“Given this assay finds mutations at a similar rate to tissue-based testing, while ensuring patients receive guideline-complete testing with a faster turn-around time, it’s a compelling option to use liquid first ahead of tissue for molecular testing in newly diagnosed advanced NSCLC,” stated Vassiliki Papadimitrakopoulou, Chief Section of Thoracic Medical Oncology, MD Anderson Cancer Center. He is also the senior author of the study, which will be presented at the American Association for Respiratory Care (AARC)meeting on Sunday, March 31.

The turn-around time is also significant. And given that a typical biopsy is performed by a surgeon and the analysis performed by pathologists, the costs overall of the liquid biopsy are likely to make it more appealing to insurers as well.

Guardant Health is not the only company working on liquid biopsies. Others include Seer, founded by Omid Farokhzad, a former professor at Brigham and Women’s Hospital, Karius, Freenome, Apostle, and GRAIL Bio, to name just a few.

Johns Hopkins University is also investigating a liquid biopsy that uses genomic and proteomic biomarker data. It published a paper in the journal Science in January 2018 in which it identified 70 to 98 percent of cancers in more than 1,000 previously diagnosed patients. That test, CancerSEEK, is being evaluated in 10,000 women with no history of cancer with the Geisinger health system in Pennsylvania.

Liquid biopsies generally focus on detecting free-floating DNA in the bloodstream. Seer’s approach is slightly different, focusing on specific proteins associated with various cancers. Still, the concept is the same, using biosensors and various types of sequencing technology to screen for minute amounts of cancer and/or disease-related DNA, RNA or proteins floating in the blood.

Guardant’s NILE study, which stands for Noninvasive versus Invasive Lung Evaluation, is a prospective, multi-center trial of 282 newly-diagnosed patients with advanced NSCLC. Each patient was tested with Guardant360 and whatever tissue-based testing the physician chose. The data from the tests were compared for the detection of biomarkers significant for treatment.

The company notes that the status of the guideline-recommended biomarkers is important because up to 30 percent of patients can receive targeted therapies that usually have higher response rates than chemotherapy or immunotherapy.

“This is an important new data set for clinical oncologists that we believe will further accelerate adoption of Guardant360 and, taken together with other recent independent investigations into Guardant360 in this clinical setting, solidifies the case for using blood first for treatment selection,” stated Helmy Eltoukhy, Guardant Health’s chief executive officer.