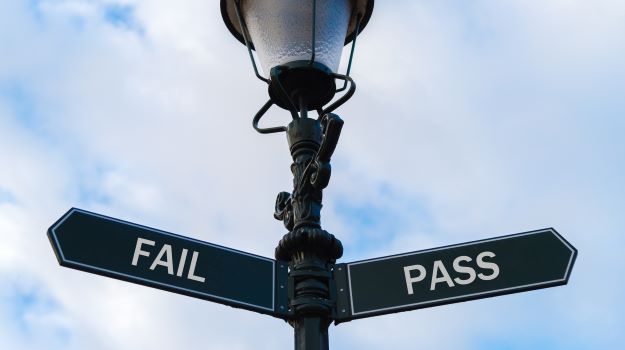 Biotech startups fail for a variety of reasons but, when you look beyond the obvious causes – such as flawed science, inexperienced leadership, lack of capital and a changed market – several unanticipated commonalities still remain. Those points aren’t based upon whether founders come from academia or business but whether they have the practical thinking abilities, common sense and street smarts to rise to the challenges.

Why Some Biotech Startups Fail

BioSpace spoke with four veterans in the field about the less obvious reasons why companies with good science may still fail. Here is what they said:

The "easy reasons" are if a patient in a study has a serious adverse event, or if they burn through too much cash and run out.

Misaligned Goals: “I’ve seen misalignment between the management and the board, and also cases where executives can’t agree on the company’s goals, milestones and strategies, or on capital allocation and use of funds. Some companies burn through tons of cash quickly, and others don’t raise enough cash for fear of founder dilution.”

Slow Clinical Development: “I’ve also seen cases where the clinical development is too slow and, by the time they got to Phase III studies, the clinical landscape had changed.”

Poor Communications: “The importance of communications and a clear, well-defined corporate narrative is often overlooked. For example, years ago, Zafgen, a rare disease company that once was the darling of the biotech industry, abruptly canceled its appearance at an investor meeting and didn’t communicate openly with investors or media. It didn’t hold analyst or investor calls for days after patient deaths in the study. The stock cratered and the company never fully recovered.” (It has since merged with Chondrial Therapeutics and operates as Larimar Therapeutics.)

“Applied Therapeutics is another example where poor communications and a lack of crisis communications preparedness damaged not only the CEO’s reputation but also the corporate reputation after the company went full throttle denouncing a short-seller report. By calling out the report, the company drew unwanted awareness to the situation. It is now trading at a few dollars per share with a market cap under $100 million. It recently announced a delay in its FDA filing.”

“Not every failure shuts the doors. Some just fail to launch. They raise early money and survive on grants.”

Laser Focus: “Sometimes scientific founders test the hypothesis but miss the other buckets of risk. Often, those risks are around people, markets, timelines or cash management.”

Undefined Need: “Companies have solutions looking for problems. They make a discovery and then identify a commercial application, but are surprised that the market doesn’t have the same urgency they have. Therefore, companies must solve a problem that nobody has options for, and the solution must be cost-effective and manufacturable.”

Poor Cash Management: “Academics, in particular, tend to treat early-stage financing like a grant rather than as the company’s funding. They’re thinking in terms of projects, and may not consider the funding buffer that’s needed to provide a runway when things take longer than expected or when they need to hire staff. It may take six months to raise funds, so they mustn’t wait until the funding is exhausted to raise additional capital. “

Inadequate Flexibility: “Founders must be comfortable not always being the smartest person in the room. Building a company is about more than recreating something from the lab. Founders need a variety of expertise, so I want to see flexibility, optimism, the ability to be coached, and the ability to recruit others to their vision, knowing that they won’t have all the answers. You never find everything you need in one human being, but you may find it in a network of team members, advisors and consultants.”

“No single failure means a company will tank or be lost forever, but significant failures are often difficult to recover from.”

Inability to Integrate Functions: “Culturally, emerging companies often don’t have the expertise or vision to integrate all the moving parts of company development in a strategic fashion. Everybody is an expert at something, but few people are cross-disciplined. Try to find those with cross-over abilities – the patent attorney who works within your area of science or the business developer who also is a Ph.D. or M.D., for example – and perform due diligence.”

Failure to Plan for Manufacturing: “This is a big challenge. There is a regulatory checklist to follow, and deficiencies that lead to one year’s delay can translate into millions of dollars of lost income, lower the company’s valuation and reduce effective patent life. A delay can also mean the company doesn’t have sufficient drug supply to manage a product launch.”

Lack of financial modeling: “Startups worry and focus on product development, which they should, but neglect sufficient financial modeling that includes, for example, pricing and discount rates, distribution costs and reimbursement. If their product is significantly better than the standard of care, financing modeling is a key consideration of how to get the best picture of where to launch. Successful product launches are about not only addressing unmet medical need, but how to create the biggest pull in the marketplace rather than a push.”

Failure to Consider the Culture. “It’s important to define the cultural considerations as well as the unmet needs of potential markets. For example, in certain South American territories, radical prostatectomies cause great fear, even though the patients may otherwise die from prostate cancer. For a product to succeed, the population must see its value. As an opposite example, the autoimmune disease pemphigus vulgaris is prevalent in Asia, but Western companies typically don’t launch those products there because the perception is that half of the prescription market is in the U.S.”

“Recruiting and retention continues to be a challenge.”

Poor Management of Technical Teams: “For many companies, the cause of failure is purely technical – a negative clinical trial result or a failure to engineer a solution below a given cost threshold. Overcoming these challenges typically requires a very strong multidisciplinary team working together.

“Ultimately, inadequate team-building and management of technical teams and resources are the root causes of failure when the fundamental assumptions of the technology are sound. While some first-time founders successfully transition from individual contributor to manager, many don't successfully transition from being a manager of individual contributors to being a manager of managers.”

Today, a host of resources is available to help entrepreneurs overcome the challenges they inevitably will face, including university courses that train scientists to be translational and entrepreneurial. Such resources, Mermelstein said, are “a bridge between invention and translation, and are enabling a whole new generation of scientists to have meaningful impact.”