Glympse Advances BioSensors for NASH and Other Protease-Mediated Diseases 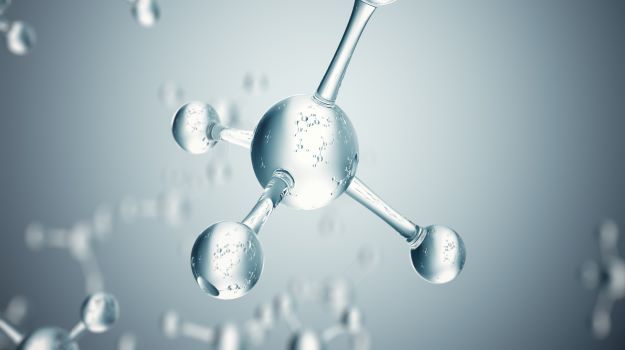 Glympse Bio’s tunable biosensors are poised to be a game-changing diagnostic tool in 2021. These noninvasive biosensors report real-time biological changes for protease-mediated disease, which are notoriously difficult to measure and track in vivo. With the data they provide, physicians can more accurately fibrotic diseases, oncology, and related conditions, and drug developers can monitor treatment progression or regression, or stratify patients for clinical trials.

The biosensors already are in the clinic. In 2021, Caroline Loew, Ph.D., CEO, Glympse Bio, predicted, “We’ll have another clinical study underway and program advancements in humans in oncology.

“This is a tunable, non-invasive biomarker technology that detects disease and monitors disease progression,” she explained.

Because it is a platform technology that can apply to any protease-mediated disease, it is expected to have a significant effect on patients and also on drug developers.

The biosensors spun out of the MIT lab of Sangeeta Bhatia, M.D., Ph.D., in 2015. They are comprised of three components: a PEG backbone, peptides designed to correlate to the protease we’re measuring, and mass spectrometry markers (bar codes) to read the diagnostic signal at the end,” she said. “It’s like Legos®. You take a backbone, choose the peptides and barcode mixture, and put them together for a specific disease.”

Right now, the biosensors can benefit drug developers by validating target engagement, providing hard-to-get data for patient stratification for clinical trials, and determining patient progression or regression in response to trials, and thus supporting efficacy claims associated with regulatory filings. Ultimately, it also is expected to have clinical utility for physicians diagnosing and treating patients.

The most advanced application will use the non-invasive biosensor for non-alcoholic steatohepatitis (NASH) patients as part of a collaboration with Gilead Sciences that was announced in 2019.

“There’s no good way to diagnose NASH today,” Loew said. “The standard of care is a liver biopsy. That’s an incredibly painful and invasive procedure, and it takes several hours. Patients who undergo it once refuse to have it again. And, because the liver is heterogeneous, it’s hard to get an accurate diagnosis.”

In response, non-invasive tests have been developed, but the accuracy of their results is still less than desirable. Therefore, “they're typically used in combination at late stages of the disease,” Loew said.

The Glympse biosensors overcome those issues and are simultaneously adding to the body of biological knowledge surrounding NASH disease trajectory which, as of yet, is still being uncovered. The sensors can detect biological responses to treatments long before histopathology changes are evident and can accurately predict the stages of the disease.

The Glympse biosensors are administered through an intravenous injection.

“An hour later, patients give a urine sample,” she said. “It’s analyzed with a mass spectrometer, an algorithm is run, and the diagnosis, progression, or regression is determined.”

There’s no human efficacy data yet, but preclinical studies showed the Glympse Liver Test (GLT) outperformed current protein measurements, accurately identifying diseases with a fibrosis score of 2 or above, which is comparable to biopsy-derived transcriptome data. It detected disease progression as early as four weeks and detected treatment-derived improvements one week after treatment.

First-in-human safety data, presented at the American Association for the Study of Liver Disease (AASLD) 2020 Annual Meeting in November, indicated the biosensors are safe and well-tolerated.

“The platform can span the spectrum of disease from early- to late-stage, and can assess treatment responses, so we have a lot of opportunities,” Loew said.

In addition to NASH, Glympse Bio also is developing the platform for other fibrotic diseases and oncology. Immunological and infectious disease diagnosis and tracking for areas of unmet needs are among those opportunities. Eventually, the technology has the potential to offer insights into other protease-mediated conditions that are difficult to diagnose or whose progression is difficult to evaluate.

For NASH, Glympse Bio’s biosensors are unique, and offer first-line assessment. For other conditions, such as cancer, they are likely to complement blood-based diagnostics for oncology, showing how a tumor’s biology changes in response to treatment. Loew sees these biosensors as a part of the next wave of diagnostics, beyond blood-based technologies.

“Protease biology has been known for a long time. The difficulty is that many are locally active, so they are harder to detect,” she explained. Only after the biology of specific diseases was better understood did biosensor development become feasible. Then, it still required the intersection of biology, engineering, and machine learning. “There was a lot of scientific evolution.”

That evolution means the drug developers’ art of predicting winning and losing lead candidates may become easier. “You often make the wrong choices because you don’t have the best tools to understand what happening biologically,” she said, having studied the challenge for years at big pharma.

These biosensors have the ability to provide very early answers in ways that could be used during drug development and in translational research, all the way to clinical diagnostics. “This could be game-changing for the biopharma industry and for patients.