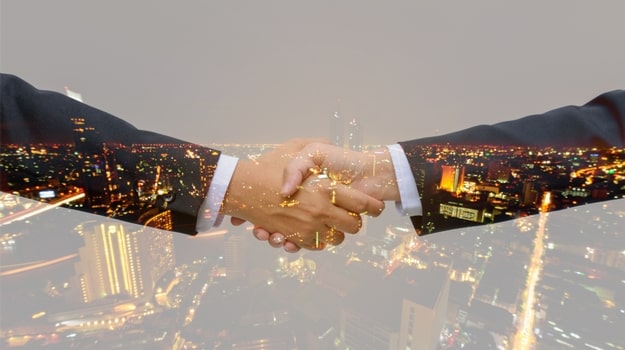 Christian Rohlff, chief executive officer of Oxford BioTherapeutics, said the new deal represents an advancement with WuXi that will allow the company to research, develop and commercialize five novel bispecific antibodies for the treatment of several cancer types.

“Combining the potent immune stimulatory activity of OX003 with the ability to block PD-L1 in a single agent, OX003/PD-L1 has the potential to achieve broad utility across many solid and liquid tumor types while simultaneously improving the risk/benefit ratio, reducing costs and maximizing future commercial potential. This product is the second molecule with WuXiBody in our partnership, following the design of OX001/PD-L1, which is now entering pre-clinical development,” Rohlff said in a statement.

Metrion Biosciences – U.K.-based Metrion Biosciences Limited and LifeArc, a UK independent medical research charity, today announced a 12-month extension of their neuroscience drug discovery collaboration, as a result of the continued success of their ongoing agreement. The collaboration is focused on the discovery of novel selective small molecular modulators of a specific two-pore domain potassium ion channel target. Under the terms of the agreement, Metrion provides validated ion channel and electrophysiology-based assays and safety profiling services. LifeArc uses its expertise to identify novel modulators of CNS ion channel targets and all new chemical syntheses, with Metrion evaluating the pharmacological activities of LifeArc compounds using both automated electrophysiology and manual patch clamp technologies.

Biophytis – Based in France, Biophytis SA announced the recommendation by the DMC to start recruitment for the second part of the Phase II/III COVA study. The COVA Study assesses Sarconeos (BIO101) as a potential treatment for acute respiratory failure associated with COVID-19. The COVA clinical program is a global, multicentric, double-blind, placebo-controlled, group-sequential, and adaptive design two-part Phase 2-3 study assessing Sarconeos (BIO101) in patients aged 45 and older, hospitalized with severe respiratory manifestations of COVID-19. Results from the full study are expected in the second quarter of this year, subject to any COVID-19 related delays and the impact of the current pandemic.

Owlstone Medical – U.K.-based Owlstone Medical introduced the Respiratory Diseases Research Use Only (RUO) Panel. The breath biomarker panel, which is now commercially available, is intended to support research to distinguish between different types of chronic inflammatory airway diseases including asthma, chronic obstructive pulmonary disease (COPD), and idiopathic pulmonary fibrosis (IPF), and to facilitate better therapeutic decision making and monitoring. Owlstone Medical’s Respiratory Diseases RUO Panel consists of a set of biologically relevant Volatile Organic Compounds (VOCs) that have been linked to inflammatory respiratory diseases, and can be easily collected on breath to enable direct characterization of disease biology in the lungs by non-invasively sampling the airways.

Lytix Biopharma – Norway-based Lytix Biopharma AS received clearance from the U.S. Food and Drug Administration to initiate a Phase II clinical trial is designed to assess the efficacy of its lead candidate LTX-315, a first-in-class oncolytic peptide, in several solid tumor types. The IND approval enables Lytix to conduct a Phase II clinical trial designed to assess the efficacy of LTX-315 in several types of solid tumors including metastatic breast cancer and head and neck squamous cell carcinoma. Lytix Biopharma develops the drug candidate LTX-315 for several types of cancer. In August, Lytix entered into an exclusive worldwide license agreement with Verrica Pharmaceuticals to develop and commercialize LTX-315 for dermatologic oncology indications. Lytix`s IND approval is for other cancer indications, but it triggers a significant milestone payment to Lytix according to the licensing agreement.

Calyx – Based in the U.K, Calyx announced its Medical Imaging and other eClinical solutions supported half of the oncology treatments approved by the FDA as Breakthrough Therapies in the past two years. Calyx’s eClinical solutions include Medical Imaging, Interactive Response Technology, Regulatory Information Management, Clinical Trial Management, and Electronic Data Capture.

Secarna – Germany’s Secarna Pharmaceutical GmbH & Co. announced that the company’s partner Lipigon Pharmaceuticals AB has selected the candidate drug Lipisense to treat elevated levels of plasma lipid triglycerides. The candidate is being developed for patients suffering from severe hypertriglyceridemia as well as the rare disease Familial Chylomicronemia Syndrome (FCS), diseases that may lead to painful and potentially life-threatening syndrome acute pancreatitis. Lipisense, an antisense oligonucleotide (ASO) which has been developed with Secarna’s proprietary LNAplus platform, is a first-in-class treatment with a novel mechanism of action central for the regulation of plasma triglycerides and other plasma lipids. The drug candidate hinders the cellular production of ANGPTL4, a protein that has a direct role in lipid metabolism by blocking the clearance of triglycerides. The protein has been associated with tumor progression and has shown a strong genetical validation and correlation with harmful plasma lipids and the associated diseases.

Exact Therapeutics – Based in Norway, Exact Therapeutics AS announced a collaboration with GE Healthcare to develop an innovative ultrasound probe to be used in forthcoming studies using Acoustic Cluster Therapy (ACT) across multiple disease conditions. ACT is a proprietary formulation consisting of microbubbles and microdroplets that are activated through the application of ultrasound with the consequent increase in targeted delivery of a co-administered therapeutic agent.

NAC – The Native Antigen Company, based in the U.K. announced the introduction of its new range of veterinary reagents. The company’s offering includes over 90 high-quality native and recombinant antigens, and monoclonal and polyclonal antibodies for a range of viral, bacterial and protozoal veterinary diseases, that can be used in the development of diagnostics and vaccines. The company’s reagents have been developed for both livestock and companion animals.