Getting to the Root of the Disease: Developing Drugs Against the Hard-to-Target Wnt Pathway 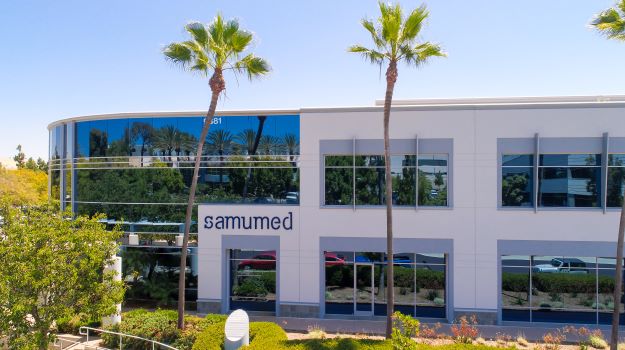 Imagine you’re in a maze and you know the way out, but you can’t seem to actually get out. This frustration is what researchers trying to develop drugs against the Wnt pathway feel.

The Wnt pathway is a mastermind signaling pathway in your cells, creating a complex dance of proteins that must be choreographed and executed correctly for proper cell functioning. It is responsible for maintaining many important functions like cell growth, cell homeostasis and stem cell creation.

You can imagine that if some portion of this pathway went awry, disease would follow; indeed, Wnt pathway malfunctioning has been seen in cancer, neurodegeneration and fibrosis.

However, the road to developing a drug against a protein in this pathway has been littered with struggle and failure. There are currently no FDA-approved specific Wnt-targeting drugs; drug candidates have only reached early-stage clinical trials within the past 5-10 years.

Why is the Wnt pathway so difficult to target?

The major roadblock to developing safe and effective drugs targeting a portion of the pathway is just how widespread and essential this pathway is for cellular functioning and proper development; the Wnt pathway is one of few pathways that are tightly evolutionarily conserved.

The pathway itself is also “bewilderingly complex” with 19 known proteins and 15 known receptors involved. Those proteins not only have their own direct functions, but they trigger a multitude of downstream effects, further amplifying the pathway’s impact.

The Wnt pathway communicates signals from the outer cell membrane all the way into the cell nucleus with messages being carried from membrane-bound proteins to cytosolic proteins to intranuclear proteins. These intranuclear proteins, namely beta-catenin, ultimately control gene expression, either upregulating certain genes (when the proteins are in the nucleus) or downregulating gene expression (when they aren’t in the nucleus).

If you develop a drug to block the pathway’s functioning, it is likely to block its functioning in a broad range of cells, ultimately causing more harm than good.

“Successful drugs targeting the Wnt pathway haven’t been developed yet because the Wnt pathway is so essential to all cells,” commented Yusuf Yazici, MD, Chief Medical Officer of Samumed. “Previous drugs in development have shown many off-target effects at effective doses, rendering them unsafe for use.”

Finding a way to selectively target and downregulate the Wnt pathway would be the golden ticket.

The Wnt pathway and cancer

Malfunctioning Wnt pathways have shown up in many types of cancer, including colorectal, breast, liver, and other solid tumors. In cancer, an upregulated Wnt signaling pathway is thought to drive cells to become cancerous and fuel cancer’s growth. Up to 90 percent of colorectal cancers have mutations in Wnt and beta-catenin signaling.

Certain types of colorectal cancer have been tied to mutations in the adenomatous polyposis coli (APC) gene. The APC protein and Wnt pathway protein beta-catenin interact; specifically, a loss-of-function of APC leads to increased beta-catenin signaling. Overactive beta-catenin causes normal cells to become cancerous and has been seen in multiple types of cancer.

Therefore, being able to selectively quiet the pathway in cancer cells without disrupting normal cell’s functioning is a highly desirable therapeutic strategy.

This is where Samumed comes in – their drug discovery platform identifies small molecule drugs that modulate the Wnt pathway to potentially treat diseases such as cancer, osteoarthritis and Alzheimer’s disease.

“We aim to improve the root cause of serious and degenerative diseases by identifying drugs that modify the Wnt pathway to bring it back to normal,” said Dr. Yazici.

Even though their small molecule solid tumor oncology drug SM08502 is only in ongoing Phase 1 studies, it may show promise based on how it uniquely and selectively targets the Wnt pathway.

CLK2 and CLK3 normally activate proteins in the spliceosome complex, a large molecular machine found in the nucleus that edits pre-messenger RNA (pre-mRNA), generated by directly transcribing genes, into functional, trimmed mRNA. This process is called splicing and can turn the same pre-mRNA strand into multiple different mRNA strands (and ultimately different proteins), much like a sentence can be edited differently to generate sentences with the same general meaning but different nuances.

Ultimately, SM08502 affects the alternative splicing of genes controlled by the Wnt pathway; by preventing alternative gene splicing, those modified gene products (like proteins) no longer exist and can no longer cause problems, such as fueling cancer growth.

“This research has led to the discovery of new targets for modulating the Wnt pathway, CLK2 and CLK3, giving Samumed a new potential avenue to successfully drug it,” Dr. Yazici said.

The safety and efficacy of SM08502 is being tested in a currently recruiting Phase 1 study in the US in an estimated 42 adults with various advanced solid tumors that have not responded to standard of care. SM08502 is administered orally once per day as a tablet, so it is easy and convenient to take. Top-line results are expected this year and they hope to start an expansion cohort in early 2020.