Get to Know Sanjeev Luther, CEO and Board Member of Rafael Pharmaceuticals 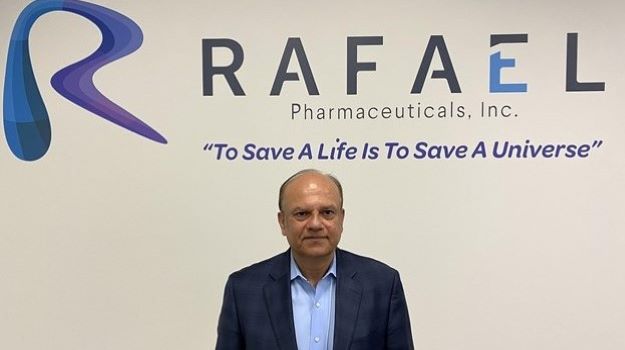 Sanjeev Luther, CEO and Board Member of Rafael Pharmaceuticals, pictured above.

BioSpace recently spoke with Sanjeev Luther, CEO and board member of Rafael Pharmaceuticals, a clinical-late stage metabolic therapeutics company. Rafael’s lead drug CPI-613® (devimistat), from their Altered Metabolism Directed (AMD) platform, targets enzymes that are involved in cancer cell energy metabolism and are located in the mitochondria of cancer cells. Rafael also has an interest in ultra-orphan and orphan drugs because the need is so great in this area.

Q: What are your daily activities as CEO of Rafael?

A: I’m involved in the administrative aspect of my position maybe 25% of the time. The other 75%, I'm actively involved in the operations of the company. Rafael has gone from four or five people at the start to ten or eleven employees when we started our large trials in 2011. Because of this, I visited every single site we opened, whether it was in the U.S. or globally, in the first six months. Now we have fifty employees, but as a hands-on operations guy, I’m used to rolling up my sleeves and just doing it.

Q: How did you choose to work in the biopharma industry?

A: I picked pharma. I went from my MBA program to a consulting firm in New York City. I had many different clients from a variety of industries. The work was interesting, but I fell in love with pharma for a very simple reason: It was a more strategic, longer-term outlook than the other industries I worked in. And this right here was more tangible to me. I felt like I could hold something. I can be part of something. It gave me a lot of excitement.

Q: Tell me about the work Rafael is doing with pancreatic cancer.

A: We have CPI-613 in trial as a treatment for pancreatic cancer. It’s an immunologically cold tumor. Our focus is on cold tumors both because immunotherapy does not work on these types of tumors and there is a great need for treatment because of the mortality rate.

CPI-613 is a small-molecule, agnostic metabolic treatment, meaning it will go to a cold tumor and deprive it of nutrients. The idea is then to use less chemo than is the standard of care to kill the tumor. If this proves impossible, Rafael will set its sights on the next generation of CPI-613 and/or two other possible strategies. Our interest is in ultra-orphan and orphan drugs because the need is so great and, since it is not a large market, many companies do not invest in this area.

Q: What is the best part of your work?

A: Patients and hope. I feel this glimmer of happiness. I'm very well connected with all physicians who work with us and all the patients - of course, there's HIPAA so I don't directly go to the patient. But any caregiver or patient can call me directly at any time. So that's what I enjoy the most: the next indication, next patient, next physician, and the next thought.

Last year, we used the number that 55,000 people would get pancreatic cancer. It is the only cancer that was updated - to 62,000 this year. And the five-year survival went down. So it used to be 12%, five-year survival, they cut it down to 10%. Double whammy, right? More people getting it, and fewer people living. So we're very dedicated to our work on pancreatic cancer. It's hard; in the last 14 years, no drug has been approved for pancreatic cancer. The drugs that are there, they're chemo drugs basically, and they don't work very well. Our ultimate goal is to eventually come to where there'll only be a cancer metabolism drug, and you won't have to use the chemo as a combo. That's where our focus is right now.