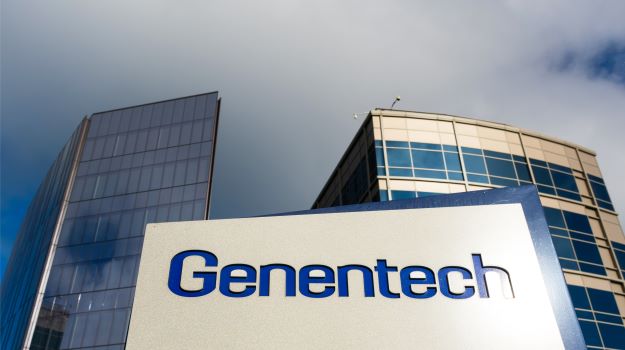 The data provides yet more ammunition for Vabysmo to compete with Regeneron's Eylea (aflibercept) in the ophthalmology marketplace.

The company indicated it plans to submit the data to regulators.

Vabysmo is approved in more than 40 countries, including the United States and Europe, for wet (neovascular), age-related macular degeneration (AMD) and diabetic macular edema (DME). The drug targets and inhibits Ang-2 as well as vascular endothelial growth factor-A (VEGF-A).

Vabysmo was launched in the U.S. in January and brought in $292 million by the end of September. It appears to have picked up much of those sales from patients receiving Regeneron's Eylea.

Regeneron won't release third-quarter financials until Nov. 3, but Eylea raked in $1.6 billion in the U.S. in the second quarter.

Evaluate Pharma has projected Vabysmo sales to hit $3.6 billion by 2027, although Evaluate also projected Eylea sales for that period to hit $5.2 billion. However, Eylea will face biosimilar competition starting in 2024.

RVO is the second most common cause of loss of vision from retinal vascular diseases, affecting more than 1 million people in the U.S. In RVO, angiopoietin-2 (Ang-2) levels are increased, which is believed to drive disease progression.

The disorder causes sudden, painless loss of vision in the affected eye because blockage of the vein restricts normal blood flow in the retina. This results in ischemia, bleeding, fluid leakage and retina swelling, also called macular edema.

In addition to the BALATON and COMINO studies, Genentech is evaluating Vabysmo in AVONELE-X, an extension trial of TENAYA and LUCERNE, studying the long-term safety and tolerability of the drug in wet, or neovascular, macular degeneration.