Genentech Brings Back One of Its Own as Next CEO 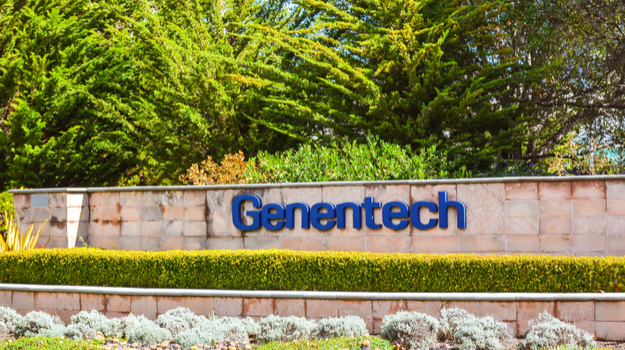 After Bill Anderson moved from the role of Genentech chief executive officer to helm parent company Roche’s division Roche Pharmaceuticals earlier this month, the South San Francisco-based subsidiary has operated without a top executive – until now.

According to the company, Alexander Hardy, who has served as the head of global product strategy for Roche at its Basel, Switzerland base, will assume the helm of Genentech. Hardy is no stranger to Roche’s subsidiary. He has previously held multiple roles at the company, including head of its IMPACT business unit and also oversaw HER2 sales and marketing strategies, as well as overseeing its anti-infectives program. Hardy will return to the Bay Area and take over at Genentech on March. 1.

Roche and Genentech have certainly seen their share of executive movement in recent months. In December, Roche CEO Daniel O’Day announced his departure from the Swiss company to take over the reins of California-based Gilead Sciences. O’Day assumes his new role at Gilead beginning March 1. As a result of that move, Genentech’s Anderson was tapped to take over from O’Day as of Jan. 1. Now, Hardy will be packing up and moving back to the Bay Area to guide Genentech.

“We’re delighted to welcome Alexander back to Genentech as chief executive officer,” Anderson said in a company statement. “He brings significant global expertise in the delivery of breakthrough medicines and a deep connection to the company culture. I look forward to seeing Genentech’s scientific excellence, employee experience and dedication to patients thrive under his leadership.”

Genentech, a powerhouse drug developer, snagged approval from the U.S. Food and Drug Administration in December for a combination of Tecentriq and Avastin for treatment of some metastatic non-squamous non-small cell lung cancer (NSCLC). The regulatory agency gave the green light to the two drugs in combination with chemotherapy for those NSCLC patients who have no EGFR or ALK genomic tumor aberrations. Earlier this week, Genentech announced that the FDA accepted its supplemental Biologics License Application for Tecentriq and Abraxane as a treatment for the initial (first-line) treatment of people with metastatic non-squamous non-small cell lung cancer (NSCLC) who do not have EGFR or ALK genomic tumor aberrations. The FDA is expected to make a decision on approval by September 2, 2019.

While Genentech is no stranger to securing regulatory approval for oncology treatments, among others, the company did announce earlier this month that it would have to cut 83 employees. The job cuts followed a “business evaluation” and were to be completed by the end of November. In 2017, Genentech slashed 130 jobs at its Vacaville, Calif. facility.