Gene-Editing the Microbiome: The Limitless Possibilities 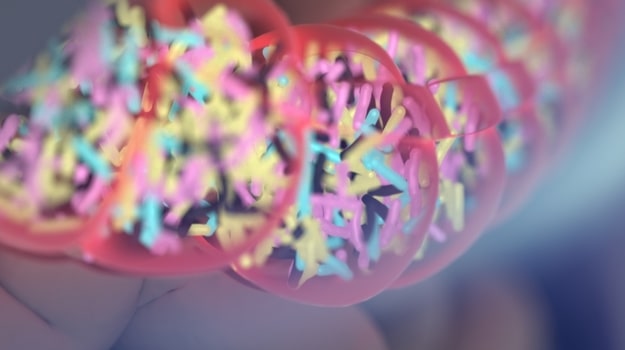 Researchers estimate that nearly half a pound of microbes is hanging out on or in our bodies, a population nearly the same as the number of cells that make up the human body. Together, these microorganisms, some 30 to 40 trillion of them, make up the microbiome.

Microbes that live in or on us are friends - mostly. They live in our gut, skin and oral and nasal cavities and are critical and crucial to a lot of bodily functions. The bacteria in our gut help us to digest food and metabolize macronutrients while other microbiota help to regulate the immune system. Our skin microbiome is adept at preventing other deleterious microorganisms from colonizing on our largest organ.

In 2012, the National Institutes of Health’s Microbiome Project undertook the sequencing of the human microbiome, and while they sequenced our helpful microbiota friends, they also began to undertake the process of understanding how and why changes to our microbiome proliferate disease pathology. For example, dysfunction of the gut microbiome has been linked to inflammatory bowel disease (IBD), certain behavioral disorders and atopic asthma while dysfunction of the skin microbiome can lead to acne. Additionally, the microbiome can express genes that drive mechanisms of certain inflammatory diseases such as autoimmune disorders. 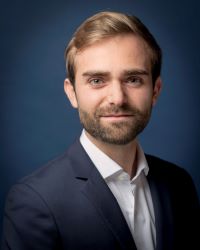 “There are a number of diseases that are actually driven by the expression of genes that are not carried by human cells, but by residents – bacterial cells,” Xavier Duportet, Ph.D., co-founder and CEO of Eligo Bioscience said in an interview with BioSpace.

Eligo has thought of a way to solve the dysbiosis between our bodies and our microbiomes – gene editing. By editing the gene repertoire of the microbiome to remove inactive genes or add genes to the bacteria, the company hopes that it can alleviate certain disease states. To do this, Eligo has developed Eligobiotics in three different platforms to reprogram the microbiome using a delivery vector derived from a bacteriophage capsid.

One technology, Sequence-Specific Anti-Microbials (SSAM), delivers a CRISPR-Cas nuclease gene and its corresponding guide RNA in bacteria to create lethal DNA breaks in its genome. The nuclease is programmed to kill only the harmful strains of bacteria. This method is also designed to leave our friendly, beneficial bacteria completely intact.

Eligo’s second platform, GEM (Gene Editing of the Microbiome), delivers a base editor to modify the genome of target bacteria without killing the bacteria. This technology enables Eligo to inactivate bacterial genes or modify the amino acid composition of the proteins they encode, and therefore their function.

The company's third platform, Function Addition to the MicrobiomE (FAME), delivers a therapeutic gene of choice to the microbiome and is used to leverage existing microbial populations to produce, display or secrete genes that are designed to have a therapeutic effect on the body.

“The precision and the efficiency of the gene editing really enables us to create novel target opportunities and go after these disease disparities,” Duportet said. “The modernity of the platform either to destroy one gene, edit a gene, inactivate a gene or to add a gene enables us to go after targets that no other technology can.”

Specifically, Eligo is taking on diseases that are autoimmune, dermatological or oncological in nature. In January 2021, Eligo partnered with GlaxoSmithKline (GSK) to advance Eligobiotics for the treatment or prevention of acne vulgaris, a chronic skin disease that causes acne and lesions on the face, back and chest. Eligo received research and development funding for EB005, its acne program, which it will develop until the preclinical proof of concept phase. At this time, GSK can decide to enter into a license and collaboration agreement with Eligo to jointly continue development.

“We are targeting Cutibacterium acnes, the resident bacteria of the skin, which actually is really beneficial for the skin, but a subpopulation of the bacterium is expressing pro-inflammatory genes,” Duportet said. “It’s one of the toughest bacteria to work with, but in less than eighteen months we were able to develop a delivery vector that delivers our therapeutic payload to the bacteria. Now, it’s becoming a validated skin vector that can address our other indications.”

Modulating the skin microbiome to prevent or treat acne is merely the tip of the iceberg when it comes to therapeutically gene editing the microbiome. Eligo’s lead program is targeting cardiac diseases, specifically myocarditis, a condition that causes the heart muscle to become inflamed.

“There is a specific relationship between expression of a peptide from a gut resident bacterium that is mimicking a host autoantigen and triggering the immune parts of myocarditis,” Duportet said. “We have two other undisclosed programs in autoimmunity that are based on the same concept of targeting very specific genes and editing genes of the microbiome to reverse the immunogenicity of this peptide and have an impact on the immune reactions associated with disease.”

In oncology, Duportet said there have been clear indications of bacteria that drive the tumor growth process and prevent some types of drugs from working locally in the tumor environment. Eligo wants to target these bacteria and inactivate their tumor driving proprieties while simultaneously modulating the bacteria to produce immunostimulating molecules within the tumor in order to allow the immune system to eliminate malignant cells.

In June 2021, Eligo presented preclinical data that, for the first time, showed that gene-editing of the gut microbiome impacts disease progression specifically in severe diarrhea induced by shiga-toxin producing E. coli. In in vitro and in vivo models, the asset used to derisk the platform, EB003, was efficacious and alleviated symptoms in 100% of animals treated.

Duportet notes that gene editing the microbiome will fill a host of unmet needs for patients.

“It’s become clear now that in diseases thought to be multifactorial, one of the major ecological agents of the disease, or a major cause of disease-worsening, comes from molecules that are expressed by the microbiome,” Duportet said.

Although for many years researchers have known that the microbiome was prone to causing the worsening of disease states, there was no precise or specific way to target only the problem-causing bacteria. Instead, in the case of some skin diseases, antibiotics may have been prescribed that wipe out problematic bacteria but also destroy beneficial bacteria. Eligo intends to change this picture by precisely targeting misbehaving microbes.

“The ability to address the key bacteria beyond the usual culprits enables us to go after high-value targets and go beyond infectious disease,” Duportet said. “This brings a completely new way to create therapeutic opportunities for which addressing the microbiome should have a really profound disease-modifying impact.”