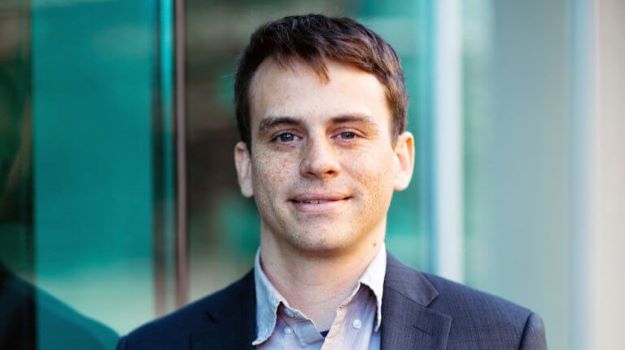 What the world can expect from scientist founders has changed. Now, rather than stepping aside after a few years, these people are likely to remain in charge, shepherding the companies they founded well into their next iterations. What has changed isn’t as much the founders as the ecosystem around them.

“There’s a supportive ecosystem around scientific entrepreneurs today,” Trevor Martin, co-founder and CEO of Mammoth Biosciences, told BioSpace. Incubators, business accelerators, executive MBA programs, classes and networks have expanded in number and access, all of which makes it easier for scientist founders to develop the skills needed to take their companies to the next level, network with the right people and build their enterprises. With such an infrastructure in place, collaboration and networking opportunities are more available than perhaps ever before.

Martin’s insights come from experience. He and his co-founders, Ph.Ds. Janice Chen, CTO and Lucas Harrington, CSO, went from being graduate students in co-founder and Nobel laureate Jennifer Doudna’s Stanford University lab directly to their current positions at Mammoth Biosciences.

Under their leadership, Mammoth achieved unicorn status (defined as startup companies with a $1 billion market capitalization) in September 2021, four years after its founding, with the announcement of $195 million in Series C and D funding. The company subsequently announced a $700 million partnership with Vertex Pharmaceuticals in the fall, and a $1 billion deal with Bayer in January.

Mammoth has carved out a unique niche in the CRISPR space by developing a CRISPR toolbox that goes beyond Cas9. It also is pioneering ultra-small CRISPR systems to cure – not just treat – genetic medical conditions and genetic diseases, as well as its DETECTR platform to diagnose pathogenic and genetic diseases. “We have an emergency use authorization for our DETECTR BOOST COVID-19 assay,” Martin pointed out, in addition to the partnerships with Vertex and Bayer for therapeutic development.

Before stepping into the CEO role, “I had no management classes. What helped me most was finding the right mentors,” he said. Now, he tries to mentor others.

“A huge part of the process of transitioning from the lab to the C-suite involves having a supportive ecosystem – mentors, investors and team members – that empowers people.” Ideally, some also will have built companies before and taken a technology from development to commercialization. Among Martin’s mentors, he counts Jeff Huber, a Google executive who helped form Google X lab and then headed GRAIL in 2016 and 2017.

“What I’ve learned,” Martin said, “is to have sounding boards and be able to have a dialog with people.” That’s true throughout the company and at all stages of development. The ability to discuss and cross-fertilize ideas must be part of the company culture. “The team is the power of the company. That’s how you scale,” he stressed.

While scientific expertise and a talent for management are important, what’s vital is the ability and willingness of all the company’s leaders to challenge assumptions. “That’s part of how you build a new breed of biotech that swings for the fences.” In other words, it is focusing its power and resources into the effort not just to succeed, but to succeed wildly.

“People on the front lines of the biology have a unique perspective, and the best have a combination of deep experiences,” Martin added. Those experiences enable them to challenge long-held assumptions while understanding why those assumptions exist.

The new breed of founder needs more than technical and management expertise, of course. “Storytelling is becoming an important part of scientific careers,” he pointed out. In telling a scientific story, “Start from a position of excitement about the technology, and help people understand how impactful it can be. Then it will be easy to tell the story.” With this world-building skill, today’s founders can help investors, media and others envision what’s possible with their technology, thus taking it beyond mere data.

In creating Mammoth Biosciences, the founders envisioned a unique, next generational biotech company that would stand the test of time. That’s a different type of company than one built to be acquired in a few years. “We’re not taking a short-term view,” Martin said.

But with any biotech company, regardless of its goals or exit strategy, “You’ll fail a lot, so you need resilience and the grit to go down an uncharted path.” Therefore, as a scientist-founder, “You have to have that gritty mindset, and you have to be a bit humble. You don’t know everything. You can learn from others.”

For scientists contemplating transitioning to company founders, Martin said, “If you want to try something, jump in with both feet. It can be transformative. Don’t close the door on yourself. Instead, let others be the ones to say ‘no.’ (They may say ‘yes’ instead.) “The most important thing, however, applies to all industries. Whatever you do, challenge assumptions.”