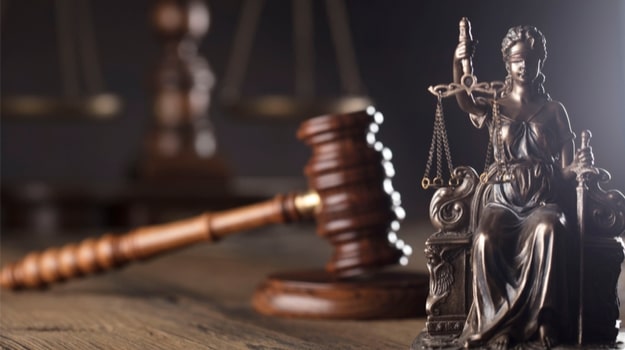 A federal judge just delivered a lump of coal to Purdue Pharma and the Sackler family. U.S. District Judge Colleen McMahon rejected a bankruptcy plan that shielded the Sackler family from potential lawsuits related to the opioid crisis.

On Thursday, McMahon overturned the bankruptcy agreement reached in September. The judge ruled that U.S. bankruptcy law does not provide the judge who approved the bankruptcy plan the authority to stipulate protections against the Sacklers, who own the majority of Purdue, because they themselves are not declaring bankruptcy, the Associated Press reported.

McMahon’s ruling came months after the U.S. Department of Justice announced its opposition to the bankruptcy agreement and filed an appeal to halt the settlement from going forward. In addition to the federal government, several state governments have also been opposed to the plan. The states of Maryland, Connecticut and Washington, as well as Washington, D.C., have also appealed the bankruptcy decision.

Connecticut Attorney General William Tong called the ruling “a seismic victory for justice and accountability”. Tong added that the verdict will “re-open the deeply flawed Purdue bankruptcy and force the Sackler family to confront the pain and devastation they have caused.”

Purdue Pharma plans to appeal McMahon’s ruling. In a statement issued late Thursday, the Connecticut-based company said it will continue efforts to consolidate support for the bankruptcy plan that would see funds used to abate opioid-related debt accumulated by state and local governments battling addiction issues.

As part of the bankruptcy agreement, the company initiated a reorganization plan that included the provision that the Sackler family would no longer control the company. A majority of the company’s proceeds were to be shifted to a fund used to abate the opioid crisis.

“The current plan enjoys overwhelming support, including from every one of the many ad hoc creditor groups in the case and more than 95% of Purdue’s over 120,000 voting creditors, including 43 states and territories,” the company said in its statement.

Steve Miller, chairman of the Purdue Pharma Board of Directors, added that the agreed-upon funds from the company’s bankruptcy would provide significant relief to battling the opioid epidemic.

“While the district court decision does not affect Purdue’s rock-solid operational stability or its ability to produce its many medications safely and effectively, it will delay, and perhaps end, the ability of creditors, communities, and individuals to receive billions in value to abate the opioid crisis,” Miller said. “These funds are needed now more than ever as overdose rates hit record-highs, and we are confident that we can successfully appeal this decision and deliver desperately needed funds to the communities and individuals suffering in the midst of this crisis.”

Under terms of the settlement plan, the Sackler family will forfeit $4.275 billion, in addition to the $225 million previously paid to the federal government to resolve civil claims, for a total settlement of $4.5 billion. However, the plan that had been authorized earlier this year would shield the family from any additional litigation related to the aggressive marketing of OxyContin that escalated the opioid crisis in America.

In 2020, Purdue Pharma reached a combined $8.4 billion criminal and civil settlement with the U.S. Department of Justice. Under terms of that settlement, the company accepted responsibility for its actions in the marketing of opioids. The settlement includes a criminal fine of $3.544 billion and an additional $2 billion in criminal forfeiture.