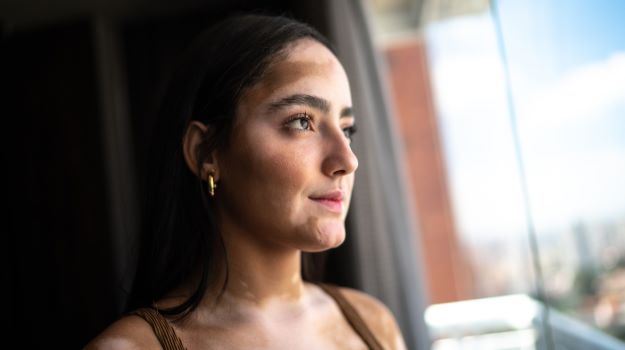 Opzelura is the newest drug for repigmentation therapy for nonsegmental vitiligo.

Incyte Corporation reported a first Tuesday morning – the first and only U.S. Food and Drug Administration approval of an at-home therapy for repigmentation in nonsegmental vitiligo.

The regulator signed off on Incyte’s Opzelura (ruxolitinib) cream 1.5% for the topical treatment of the disease in adults and children 12 years of age and older. Vitiligo is a chronic autoimmune disease marked by discolored patches of skin. The melanocytes, or pigment cells in the skin, are lost.

Opzelura is also the only topical formulation of a Janus kinase (JAK) inhibitor approved in the United States. The drug is already approved for topical short-term and non-continuous treatment of mild to moderate atopic dermatitis (eczema) in non-immunocompromised people 12 years and older.

“With the approval of Opzelura in nonsegmental vitiligo, Incyte has once again delivered a treatment to patients with high unmet medical need who previously had no approved therapies,” Hervé Hoppenot, Incyte’s chief executive officer said. “We are proud of Incyte’s scientists and development teams that have made this milestone possible, and we’re pleased that eligible vitiligo patients now have a choice to address repigmentation.”

The drug is approved for continuous topical use twice a day to affected areas of up to 10% of body surface area. Treatment may require more than 24 weeks for a satisfactory response.

The approval was based on results from the pivotal Phase III TRuE-V trial program, which included TRuE-V1 and -V2. The drug was compared to vehicle (placebo) in more than 600 people aged 12 and older with nonsegmental vitiligo and demonstrated significant improvements in VASI scores. These are evaluations showing improvements in facial and total body repigmentation at Week 24 and in an open-label extension at Week 52.

In the U.S., more than 1.5 million people are diagnosed with vitiligo, with the overall incidence about 2.3 million. Although it can occur at any age, it is most common before the age of 30. It isn’t usually associated with medical risk but can lead to physical complications, such as eye issues, hearing problems and severe sunburn. There can also be a social stigma.

“Growing up with vitiligo has been pretty hard,” Berardo Rivas, a 41-year-old who’s had vitiligo for more than 30 years, told ABC News. “Going around people seeing you with white patches. It’s very stressful that people judge you from your skin. It was traumatizing growing up.”

Prior to this approval, treatment for nonsegmental vitiligo included oral and topical steroids, but these are not a long-term solution. Long-term steroids come with numerous side effects. Another approach is phototherapy, which stimulates cells to create skin pigment. This can be expensive and requires multiple office visits per week.

“Vitiligo is an immune-mediated disease that can be unpredictable, making it particularly difficult to treat,” Dr. David Rosmarin, M.D., vice chair of research and education in the department of dermatology at Tufts Medical Center and the principal investigator of the Opzelura vitiligo trials said. “There have been no FDA-approved therapies available to date and the approval of Opzelura therefore marks a significant milestone. I welcome a medical treatment that helps my patients with nonsegmental vitiligo who are interested in potentially reversing the depigmentation caused by their disease.”