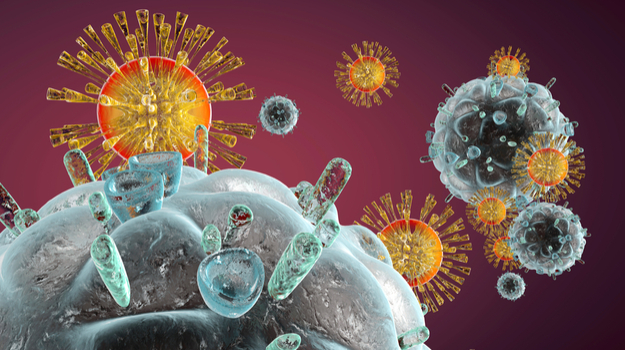 The U.S. Food and Drug Administration (FDA) approved Gilead Sciences’ Descovy for HIV pre-exposure prophylaxis (PrEP). Descovy is a doublet combination of 200 mg of emtricitabine and 25 mg of tenofovir alafenamide. It was not approved, however, for at-risk individuals from receptive vaginal sex because it hasn’t been tested for that indication.

Descovy was approved for this indication under the FDA’s priority review designation. The drug also carries a Boxed Warning in the U.S. because of the risk of post treatment acute exacerbation of hepatitis B. It also includes a Boxed Warning over the risk of drug resistance with PrEP use in undiagnosed early HIV-1 infection.

The supplemental New Drug Application (sNDA) was built on the DISCOVER Phase III clinical trial results. This trial evaluated more than 5,300 adult cisgender men who have sex with men or transgender women who have sex with men. The primary efficacy endpoint was the incidence of documented HIV infection per 100 person-years after follow-up for at least 48 weeks and at least half of the group had a follow-up at 96 weeks.

“Descovy for PrEP provides a new HIV prevention option that matches Truvada’s high efficacy with statistically significant improvements in renal and bone safety, which can be an important consideration as people at risk increasingly use PrEP for longer periods of time,” said Daniel O’Day, chairman and chief executive officer of Gilead. “This is a reflection of Gilead’s continued commitment to addressing the evolving needs of people living with or at risk for HIV and to driving innovation across the HIV care continuum.”

The only other drug currently approved in the U.S. for HIV PrEP is Gilead’s Truvada (emtricitabine 200 mg/tenofovir disoproxil fumarate 300 mg). In the DISCOVER trial, Descovy was found to be noninferior to Truvada in terms of efficacy for this patient population, and there were significant advantages over Truvada for six pre-specified secondary endpoints related to renal and bone laboratory parameters.

“PrEP drugs are highly effective when taken as indicated in the drug labeling and can prevent HIV infection,” stated Jeffrey Murray, deputy director of the Division of Antiviral Products in the FDA’s Center for Drug Evaluation and Research. “This approval provides more prevention options for certain patients at-risk for acquiring HIV and helps further efforts by the FDA and the U.S. Department of Health and Human Services to facilitate the development of HIV treatment and prevention options to reduce new HIV infections.”

HIV PrEP has come with some controversy. Truvada runs about $20,000 a year. A generic version is expected to hit the market in 2020. The Trump Administration has indicated it wants to increase access to PrEP as part of its efforts to end HIV transmission by 2030. However, in a U.S. House of Representatives hearing in May, O’Day took some heat for the price of the drug that had some government research funding.

There was likely some political posturing in this. It’s true that the original basic research was funded by the U.S. Centers for Disease Control and Prevention (CDC), which holds patents on the drug, and by the U.S. National Institutes of Health (NIH). Gilead has argued that the government’s 2015 patent for Truvada is invalid.

Much of this revolves around research conducted by a retired CDC researcher, Thomas Folks, who conducted monkey research at the CDC. Truvada was approved for HIV in 2004 and the CDC wanted to conduct into whether it could be used as a preventive measure. Gilead supplied the drugs to the research team. The researchers repeatedly infected monkeys with small amounts of HIV, about the level found in semen, to prove that drug would prevent infection. In 2012, Gilead received FDA approval for that use.