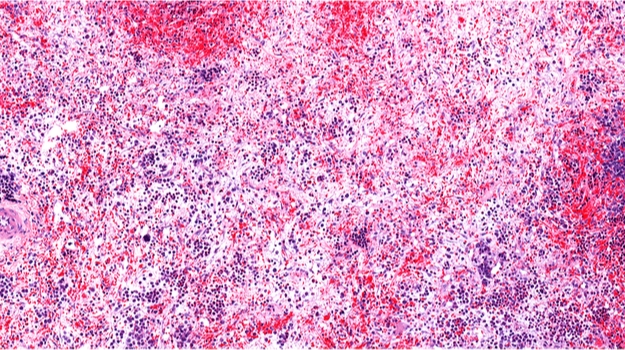 Celgene’s $7 billion bet on San Diego-based Impact Biomedicines is paying off. This morning, the U.S. Food and Drug Administration (FDA) approved Impact’s Inrebic (fedratinib) for the treatment for adult patients with certain types of myelofibrosis, cancers of the bone marrow.

The approval marks the second treatment for myelofibrosis. Incyte Corporation’s Jakafi (ruxolitinib), approved in 2011, was the first treatment in the U.S. for myelofibrosis. Richard Pazdur, director of the FDA's Oncology Center of Excellence and acting director of the Office of Hematology and Oncology Products in the FDA's Center for Drug Evaluation and Research, called the approval of Inrebic “another option for patients” with the rare bone marrow disorder. Pazdur said the FDA promotes the development of new treatment options for rare diseases “as not all patients respond in the same way.”

Inrebic is a highly selective JAK2 kinase inhibitor, for patients with treatment-naïve myelofibrosis, a bone marrow disorder that disrupts normal production of blood cells due to the development of scar tissue. As a result, the production of the blood cells moves from the marrow as to the spleen and liver, which causes enlargement of the organs.

Impact picked up fedratinib from Sanofi, which cast off the drug in 2013 after patients developed Wernicke’s encephalopathy, a neurologic emergency related to a deficiency in thiamine. Inrebic does include a Boxed Warning regarding the development of Wernicke’s, as well as other forms of encephalopathy. Serious encephalopathy was reported in 1.3% of patients treated with Inrebic in clinical trials, Celgene said. During clinical testing, the FDA placed a temporary hold on the development of Inrebic due to safety concerns, but it was later lifted and testing resumed.

Celgene Chief Medical Officer Jay Backstrom called the approval of Inrebic “another important milestone” for Celgene, which is in the midst of merging with Bristol-Myers Squibb. Backstrom said Inrebic is a new treatment option for myelofibrosis patients, including some who may have previously been treated with Jakafi but need a new option.

Inrebic was approved based on results of the late-stage JAKARTA trial that showed 35 of 96 patients treated with the fedratinib 400 mg daily dose experienced a significant therapeutic effect. As a result of treatment with Inrebic, 36 patients experienced greater than or equal to a 50% reduction in myelofibrosis-related symptoms, such as night sweats, itching, abdominal discomfort, feeling full sooner than normal, pain under ribs on left side, and bone or muscle pain, , the FDA said in its announcement.

The approval of Inrebic was granted under Priority Review. Inrebic also received Orphan Drug designation, which provides incentives to assist and encourage the development of drugs for rare diseases.