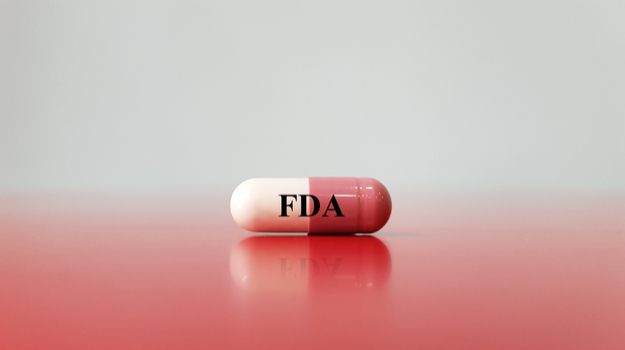 The U.S. Food and Drug Administration (FDA) has a busy week planned for drug review. Here’s a look at this week’s schedule.

“If approved, the six-week dosing schedule will provide physicians and patients with greater flexibility in their treatment plans across a variety of cancer types, including melanoma where Keytruda is indicated in both the adjuvant and metastatic settings,” said Scot Ebbinghaus, vice president, clinical research, Merck Research Laboratories, in July 2019.

Baudax Bio, headquartered in Malvern, Pennsylvania, has a target action date of February 20 for its New Drug Application (NDA) for IV meloxicam for the management of moderate to severe pain. The drug had received a complete response letter (CRL) in 2019 and after appealing, was accepted for review.

IV meloxicam is a non-opioid pain medication to treat moderate to severe pain. The submission was based on the results of three Phase III clinical trials, two efficacy studies and one safety study, four Phase II trials, and other studies. Maloxicam is a long-acting, preferential COX-2 inhibitor that shows analgesic, anti-inflammatory and antipyretic activities. The IV dosing was developed using the NanoCrystal platform.

In a January 22, 2020 statement, Gerri Henwood, president and chief executive officer of Baudax said, “We are pleased by the FDA’s acceptance of our latest response package, which we believe addresses their concerns and which includes proposed labeling for IV meloxicam for the management of moderate to severe pain, alone or in combination with other analgesics. We will be working closely with the FDA as they complete their review of the IV meloxicam NDA and work toward the PDUFA goal date.”

Baudax Bio launched in November 2019 as an independent, publicly-traded pharma company. It was launched with $19 million from Recro Pharma, its former parent company, and holds the rights to IV meloxicam, two neuromuscular blocking agents and a reversal agent, and dexmedetomidine dosage forms.

Alder BioPharmaceuticals, headquartered in Bothell, Washington, has a target action date of February 21 for its BLA of eptinezumab for episodic and chronic migraine. The drug targets the calcitonin gene-related peptide (CGRP). The BLA is supported by positive data from the company’s PROMISE 1 and PROMISE 2 Phase III clinical trials and other data. If approved by the FDA, it will be the first IV CGRP therapy for migraine prevention.

On September 16, 2019, Denmark-based H. Lundbeck A/S announced the acquisition of Alder with an upfront payment of $18 per share and one non-tradeable Contingent Value Right (CVR) for another $2 per share if eptinezumab is approved by the European Medicines Agency (EMA). This is valued at up to $1.95 billion. The acquisition was completed on October 22, 2019.

Esperion, based in Ann Arbor, Michigan, has a target action date of February 21 and February 26 for its bempedoic acid and bempedoic acid/ezetimibe for increased low-density lipoprotein cholesterol (LDL-C), respectively.

On November 17, 2019, Esperion announced pooled analyses from four Phase III trials of bempedoic acid, which were presented at the American Heart Association (AHA) Scientific Sessions in Philadelphia. The drugs are also being reviewed by the European Medicines Agency (EMA).

Bempedoic acid reduced HbA1c by 0.19% compared to placebo in patients with diabetes at 12 weeks. In a study of the drug in patients with high cholesterol when added to maximally tolerated statin therapy, decreased LDL-C by 18% compared to placebo, and in patients not on statin background therapy and considered statin intolerant, decreased LDL-C by25% compared to placebo. The Bempedoic acid/ezetimibe combination showed a 29% placebo corrected LDL-C lowering when used with maximally tolerated statins, a 44% LDL-C lowering with no background statin, and a 34% reduction in high sensitivity C-reactive protein (hsCRP).