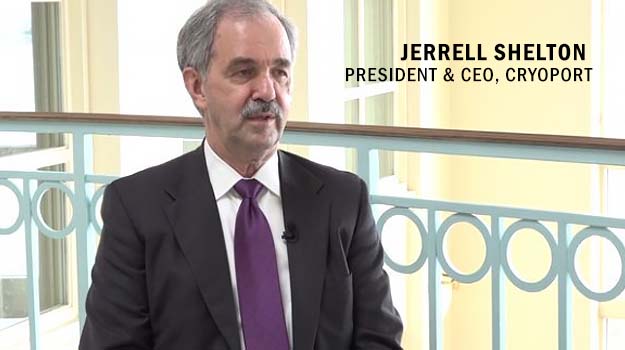 IRVINE, Calif. – In the world of developing and manufacturing cell-based therapeutics an approved medication for any indication is only part of the business plan. The other aspect is delivering the product to patients. That’s where logistics companies like CryoPort, Inc. come into play.

CryoPort has consistently been one of the top cryogenic logistics companies serving the life sciences industry and that is only likely to continue. In May, the company reported robust financial growth driven by biopharma. That type of growth it likely to maintain for some time.

CryoPort handles the products for more than 172 of the more than 800 immunotherapy trials underway. CryoPort is the logistics provider for 17 Phase III trials and 199 trials in the regenerative medicine. The company also secured the logistics contracts for Novartis Pharmaceuticals Corporation’s Kymriah and Kite Pharma(now Gilead’s) Yescarta, the first two commercialized CAR-T cell therapies that were approved earlier this year.

With its success, CryoPort Chief Executive Officer Jerrell Shelton said the company is adding employees and expanding its physical footprint across the United States. While he would not provide specifics as to the company’s expected growth, Shelton told BioSpace that the company will add logistics centers in order to be closer to clients and their therapies.

“It’s remarkable. It’s been like a flower unfolding,” Shelton said in an exclusive interview with BioSpace.

Currently, contracts from biopharma makes up about 75 percent of CryoPort’s annual revenue. The company also has a strong position handling reproductive medicine products, as well as in the animal health space.

Although Shelton said the company does not “make forecasts or give guidance in the marketplace,” he pointed to the expected number of therapies forecast for approval over the next several months that CryoPort has secured contracts to handle.

Historically, Shelton said cryogenics logistics, the transportation of biopharma products under extreme cold conditions, has been handled “in-house.” However, as therapies become more complex, biopharma companies are no longer capable of handling the cold shipments and associated extensive delivery systems.

CryoPort uses liquid nitrogen in a dry liquid form to make things safer and more easy to use in transfer.

“Cryogenic temperatures indicate liquid nitrogen. Why is that important? The cells are dying. Every cell dies on regular basis. If you’re going to work with cells you have to have a way of stopping the metabolic activity. That’s done through cold temperatures. Generally speaking, when you bring cells into the range of -136 degrees Celsius, cells are suspended, not alive or dead. If there’s no change, they’re the way they were when they were initially frozen,” Shelton said.

In the case of the Novartis and Gilead CAR-T therapies, the logistics is extensive. Blood is drawn from patients, customized in a lab and then sent back to the patient. That makes the successful back-and-forth delivery highly critical.

As immunotherapies like CAR-T and similar gene therapies look to become more commonplace, CryoPort is in a strong position for growth, Shelton said. As an example Shelton said CryoPort has won four CAR-T contracts so far.

He also pointed to a forecast from the Alliance for Regenerative Medicine, which indicated three more Biologics License Applications are likely to be approved by the end of the first quarter of 2018 by the FDA.

“We have a robust future ahead of us,” Shelton said.

Cryogenic logistics contracts can run anywhere from about $50,000 per year for Phase I products to between $2 million and $20 million for a commercial product, Shelton said.

Shelton said he knows of no other cryogenic logistics companies that “can go head-to-head” with CryoPort.

When shipping its products, CryoPort includes localized Wi-Fi and GPS tracking so the shipments can be monitored in real time.

“We can measure the temperature and barometric pressure of a shipment. That gives real time feedback and offers a lot of information as to chain of custody that can be presented for regulatory concerns,” Shelton said. “That gives the customers comfort. It’s a distinguishing characteristic in what we do.”

As therapies continue to morph over the next few years, Shelton predicted CryoPort would also adapt to the changing needs of the industry.

“What happens today in immunotherapy won’t likely happen in the future as it’s refined,” Shelton said.