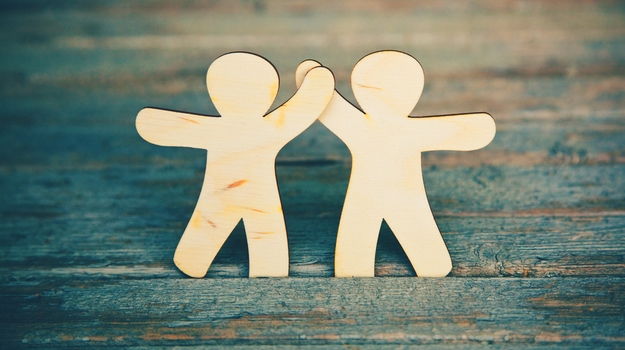 Germany-based Evotec is partnering with Japan’s Takeda Pharmaceutical to develop at least five drug discovery programs across a broad range of indications.

Evotec will leverage its expertise in integrated drug discovery programs with Takeda’s strategic and commercialization abilities in four of Takeda’s core therapeutic areas: oncology, gastroenterology, neuroscience and rare diseases. Evotec will use its discovery platform to validate development theories and advance small molecule programs. Takeda will have the option to take over development once Evotec produces a preclinical candidate.

“Collaborating with world-class drug discovery partners like Evotec is central to our model for discovering and developing transformative medicines,” said Steve Hitchcock, Global Head of Research at Takeda. “Takeda has a long history of working with Evotec and is confident in Evotec’s capabilities.”

Under the terms of the deal, Takeda is paying Evotec a one-time, upfront amount to get access to Evotec’s technology. Evotec will be eligible for various milestone payments that can exceed $170 million per program in addition to tiered royalties on any future sales. This brings the possible total to $850 million, although the companies did not disclose the size of the upfront payment.

“We are pleased to enter into another collaboration with Takeda, whose values are aligned with Evotec’s, including a shared commitment to translating highest quality science into highly innovative medicines,” said Craig Johnstone, Evotec’s chief operating officer. “We believe this collaboration will be very fruitful for both parties and we are excited to combine our resources and skills to produce novel therapies.”

Takeda closed on its $62.2 billion acquisition of Dublin-based Shire in January 2019. A small but vocal group of Takeda shareholders had attempted to scuttle the deal, but the opposition failed to gain traction. The merger makes it the Number 10 biopharmaceutical company by revenue. The buyout brought rare disease expertise into the company and Takeda gained a much larger U.S. presence.

The new deal with Evotec is likely related to Takeda’s need to expand its pipeline and generate new revenue sources to pay off the debt it incurred with the Shire deal. Evotec and Takeda have collaborated on Alzheimer’s development previously.

Evotec, on its part, has had a number of collaborations, including working with Sensyne Health Oxford, a UK-based artificial intelligence (AI) company on digital health and data-driven drug discovery. And in 2018, Evotec and Celgene partnered on identifying new cancer drugs, specifically for solid tumors. This was an addition to a deal between the two companies that began in 2017 on neurodegenerative diseases such as Alzheimer’s.

In that deal, Sanofi paid 60 million euros upfront and will provide more funds as the development progresses. Sanofi holds options on specific rights for the development, manufacturing and commercialization of the anti-infective products that come from the licensed assets. As part of that deal, Evotec added and integrated 100 employees from Sanofi into its global drug discovery and development operations.