Employee Satisfaction of Remote vs. Non-Remote Workers During the Pandemic 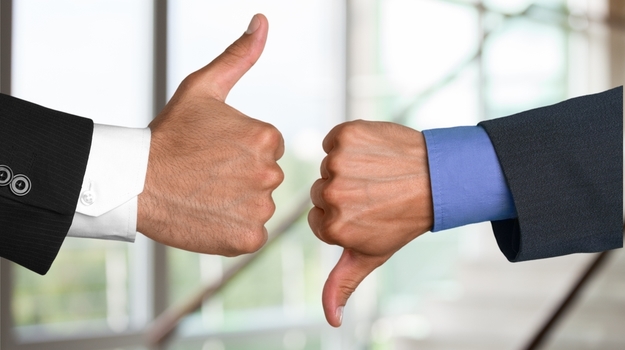 How do you think employees are feeling as a result of the global, COVID-19 pandemic? Do you think there are differences in the beliefs of remote workers and non-remote workers? Many states in America and countries across the world are beginning the process of partially re-opening their communities and businesses. These plans have produced a lot of mixed feelings among employees and citizens. Many people are in fear of their job security and overall physical health.

CNBC and SurveyMonkey recently released their latest workforce survey to analyze employee job satisfaction during the pandemic. As part of the research, they surveyed 9,059 professionals in the U.S. and weighted the data to reflect the demographic composition of employed workers 18 and over, based on U.S. Census Bureau information. The study considered age, race, sex, education and geography. The resulting Workforce Happiness Index found that despite COVID-19, 73 out of 100 people are happy with their jobs.  Last year, 71 people out of 100 reported happiness, so it’s interesting to note the slight increase. We’ll further explain the sentiments of remote and non-remote workers.

Safety is top of mind for the majority of people under the current circumstances.  The survey revealed that non-remote employees are feeling safe and supported while at work. In fact, 75% indicated they’ve felt safe going to work during the pandemic. 80% of non-remote workers reported that they are satisfied with measures their company utilizes to keep them safe on the job. Remote employees seem to be enjoying working off-site. 38% of remote workers say they would like to work from home more often than they used to once things are safe again. Additionally, 19% of employees across all age groups want to continue working from home all the time.

Strong and sound leadership during the pandemic has been vital. Knowing that executives and managers have employees’ best interest in mind, in addition to other profit-focused goals, is what it takes to receive high levels of performance.   According to the survey, there seems to be an overwhelming positive sentiment that management and leadership teams are doing the right things. 79% of non-remote employees are confident their organization’s leadership is making the right business decisions to manage in the current environment. This is in comparison to the 88% of remote workers who have the same belief about their leadership.

Overall, among remote and non-remote employees, 54% say they are “very satisfied” with their job, which is an increase from December 2019 when just 47% responded that way. 32% of non-remote workers indicated that they are happier to have their job now than they were before the outbreak. 44% of remote workers said that they are happier now to be employed, than they were before the outbreak.  Due to the current environment, companies have had to react quickly, often changing their operations, business models and customer service to meet newly imposed government regulations. The survey results show that employees are happy, in spite of the changes.

Even though research from CNBC and SurveyMonkey shows that there has been an increase in employee satisfaction among all workers, there is still some apprehension. SurveyMonkey’s Chief Research Officer, John Cohen said, “Job satisfaction is up but there is also widespread anxiety among those with jobs today.  Fully 44 percent of workers report being worried that they’ll lose a job or have their hours cut in the weeks ahead…”  Remote and non-remote employees both strongly indicated that they feel safe and believe that their leadership teams are on the right track.  How could your company decrease any anxiety among workers right now?