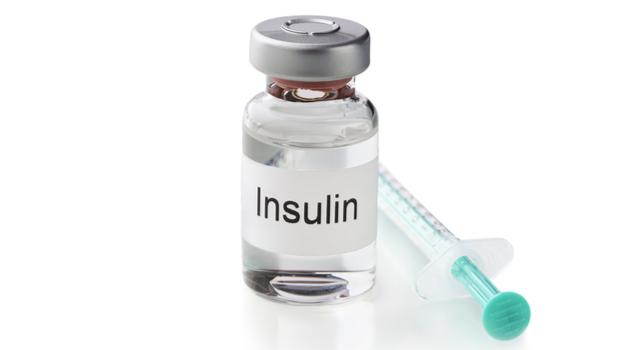 For diabetics, access to insulin is a matter of life and death and over the course of 2019, there have been numerous reports that show the increasing price of the medication is keeping it out of reach of patients. And some lawmakers are placing the blame squarely on the shoulders of drugmakers.

At the beginning of this year, cost analysis for insulin was released by the nonprofit Health Care Cost Institute that showed the price of insulin doubled between 2012 and 2016. According to the report, an individual with Type 1 diabetes paid on average $2,864 for insulin in 2012 but that jumped to $5,705 by 2016. The sharply rising prices of insulin have caused outrage among diabetics, many of whom have reportedly been rationing their medication due to limited access from the prices. The high price of insulin has also gotten under the skin of lawmakers who have targeted companies that produce the bulk of insulin, such as Eli Lilly, Sanofi and Novo Nordisk. As an example, earlier this year, Minnesota Attorney General Lori Swanson’s lawsuit against those companies over allegations of price gouging.

That anger from lawmakers has continued, particularly against Indianapolis-based Eli Lilly. This year, the company released its authorized generic version of Humalog, which has a price tag 50% cheaper than the branded drug. When Lispro was launched, Lilly said it planned to work with various health plans and the government to “work toward permanent solutions that will help every person with diabetes afford their medicines." Insulin Lispro Injection has a list price of $137.35 per vial and $265.20 for a package of five KwikPens. However, an analysis of sales has shown that the cheaper option called Lispro is not getting into the hands of patients and the concern for rationing and high prices has not been quelled. Over the weekend, the Washington Post reported that many members of the U.S. Senate have suggested that Eli Lilly has failed to live up to its promise of delivering cheaper insulin, primarily due to a lack of “aggressive” marketing for the half-price insulin option.

The offices of U.S. Sens. Elizabeth Warren Richard Blumenthal, both Democrats, conducted a survey of more than 400 different pharmacies. The results show that the authorized generic, Lispro, is only available in 17% of those pharmacies, the Post reported. The senators’ joint report suggests that despite the release of the authorized generic version of Humalog, access to low-cost insulin has not expanded but “appears instead to be a public relations move intended to ease scrutiny on the rising price of insulin,” the Post reported.

In an open letter to insulin users, Eli Lilly Chairman and Chief Executive Officer Dave Ricks said the company has several options for diabetics who use its insulin products to help cuts costs. The letter appeared in more than 40 major U.S. newspapers, including Spanish-language papers.

“For people using Lilly insulin, we have several options for those who need help – such as limiting monthly prescription costs on many insulins to less than $100. We also offer a half-priced authorized generic insulin, some people are eligible for free insulin, and if you have an immediate need and nowhere else to turn, we can help you get insulin right away,” Ricks said in the letter.

For those who cannot afford the medication, Ricks urged patients to contact the Lilly Diabetes Solution Center to find a solution.

In addition to Ricks’ open letter, the company also issued a statement that showed different solutions offered by the company to address patient needs, including access to free insulin, Lispro and discounts for insurance co-payments.

Despite the assurances of Eli Lilly, as well as other actions from Sanofi and Novo Nordisk, who also have low-cost insulin options, policymakers expect the price of insulin to continue to be a key issue heading into the 2020 elections. Dana P. Goldman, director of the Leonard D. Schaeffer Center for Health Policy and Economics at the University of Southern California, told the Post that “authorized generics and discount programs are just Band-Aids applied to the real problem” of a lack of generic competition for branded insulin drugs. Generics could cut the price of insulin between 30% and 40%, Goldman said.

In November, the U.S. Food and Drug Administration announced new draft guidance to facilitate the development of low-cost insulin products. The agency said its recommendations “may result in a more efficient development program that could ultimately bring biosimilar or interchangeable insulin products to the market more quickly.”