Elephants, Llamas and Koalas, Oh My! How Animal Research is Enhancing Our Understanding of Human Biology 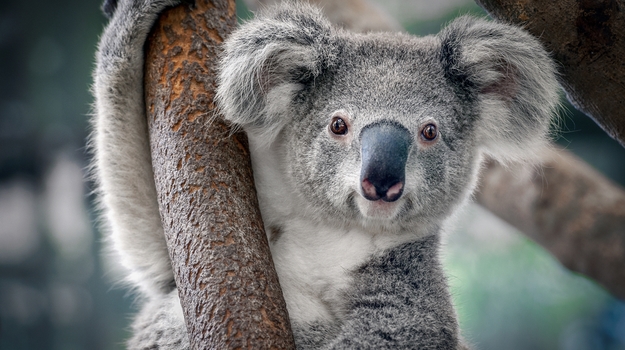 But it is currently happening to koalas. Researchers from the University of Massachusetts Medical School and the University of Queensland published research of how the KoRV-A retrovirus is infecting the wild koala population of Australia. It brings with it susceptibility to infection and cancer. Aside from that, KoRV-A infects the germline cells, resulting in most wild koalas being born with the virus as part of their genome in every cell of their body. The research team is using the opportunity to study how germ cells respond to a retrovirus. They published their research in the journal Cell.

“What we are seeing with koalas is something that every organism on the planet has gone through,” said Zhiping Weng, professor of Program Bioinformatics and Integrative Biology at UMass Medical School and co-senior author of the study. “Animals get infected by retroviruses that enter the germline cells. These viruses multiply and insert into the chromosomes, altering host genome organization and function, and the process continues until the invader is tamed by the host. At the end of this infection cycle, the host has changed.”

One of their findings is that there is an innate genome immune system that can differentiate a virus from one of its own genes. The distinction appears related to host genes’ spacer sequences called introns, which are removed in a process called splicing. Retroviruses also have introns that are removed to make a protein that forms the viral envelope. But the invading viruses appear to produce an unspliced RNA essential to replication and infection. The researchers still have a ways to go just determining how the virus gets into the germline in the first place, but their findings lead the way to a deeper understanding of evolution and viral resistance.

Except for elephants. Elephants rarely get cancer.

Joshua Schiffman, associate professor of Pediatrics at the University of Utah and Medical Director of the High Risk Pediatric Cancer Clinic at Huntsman Cancer Institute, published a paper in 2015 describing Peto’s Paradox. Schiffman and his research term found that elephants have additional copies of a tumor-suppressor gene called P53. Human beings only have a single copy, but elephants have 20.

In 2018, Vincent Lynch, a researcher at the University of Chicago, published an article in the journal Cell Reports titled, “A Zombie LIF Gene in Elephants Is Upregulated by TP53 to Induce Apoptosis in Response to DNA Damage.”

LIF, which stands for Leukemia Inhibitory Factor, is linked to enhanced fertility. But Lynch’s research group also identified an LIF gene, LIF6, unique to elephants. And one of the things LIFE6 does is kill damaged cells. Most mammals have only one copy of LIF. Elephants have 7 to 11. And LIF6 appears to exist only in elephants, although there are a lot of animals to be tested to make that a definitive statement.

National Geographic wrote, “LIF6 appeared in elephant genes some 59 million years ago, the study authors suggest. And initially, it was likely a useless, broken gene. But as the elephants’ proboscidean ancestors evolved, so, too, did the gene. It was eventually reawakened as a working ‘zombie’ gene—a change that may have helped elephants reach such momentous sizes unrestricted by cancer. If P53 is the doctor in charge of genetic triage, LIF6 is in charge of carrying out its order to eliminate damaged cells.”

It's not clear yet if this will have direct applications to human longevity or cancer. Schiffman co-founded a biotechnology company, PEEL Therapeutics, to investigate it. The p53 system is finely tuned and some research into it has had unintended consequences. Still, it’s worth researching.

Llamas, it turns out, may hold the key to flu vaccines. Researchers with the The Scripps Research Institute in La Jolla, California and an international team of scientists, published research in the journal Science in 2018 describing how llama have a multidomain antibody to influenza hemagglutinin. They found that the antibodies were effective enough to work on multiple strains of flu viruses.

Specifically, the researchers used the multidomain antibody MD3606 in mice. The antibody protected the mice against influenza A and B infection when administered intravenously or expressed locally from a recombinant adeno-associated virus vector.

“Collectively, our findings demonstrate that multidomain antibodies targeting multiple epitopes exhibit enhanced virus cross-reactivity and potency,” the researchers wrote in the article abstract. “In combination with adeno-associated virus-mediated gene delivery, they may provide an effective strategy to prevent infection with influenza virus and other highly variable pathogens.”

Not everybody knows this, but one of the newest and most effective family of drugs to treat diabetes, GLP-1 agonists, were originally discovered by John Eng while working in the laboratory of Rosalyn Yalow at the Mount Sinai School of Medicine. Eng’s research focused on peptide hormones. In the late 1980s he was advancing Yalow’s research by developing more sensitive tests to help identify hormones. He started with guinea pigs and then chinchillas. He was looking for more difficult test subjects when he came across research on snake venom and lizard venom, especially the venom of the Gila monster.

In 1992, Eng identified two compounds in Gila monster venom, one that he named exendin-4. It was similar to GLP-1 and was eventually licensed to Amylin Pharmaceuticals to develop into Exenatide, the first GLP-1 analog, which was approved in the U.S. in 2005.