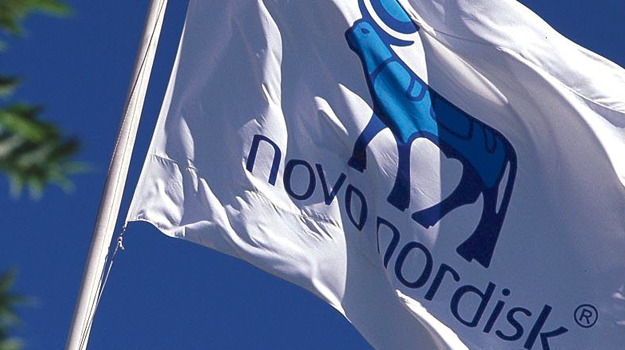 The company noted, “When applying the secondary statistical approach, people treated with 14 mg oral semaglutide achieved a statistically significant improvement in HbA1C of 1.4 percent at 26 weeks and 1.3 percent at 52 weeks, compared to an improvement in HbA1C of 0.9 percent and 0.8 percent with 25 mg of empagliflozin at 26 and 52 weeks, respectively. The 14 mg dose of oral semaglutide demonstrated weight loss of 4.2 kg at 26 weeks and 4.7 kg at 52 weeks verus 3.8 kg with 25 mg empagliflozin at both 26 weeks and 52 weeks. The increased weight loss with oral semaglutide was statistically significant compared to empaglifozin at the 52-week time point.”

Some investors apparently focused on the weight loss aspect of the trial rather than the improved blood sugar levels. Novo Nordisk’s shares have been down 16 percent since their high in January, and shares dropped about another 1.2 percent after the news. That’s a fairly puzzling response.

“Oral semaglutide increasingly appears to be on its way to become a major blockbuster,” analysts at Deutsche Bank wrote in a note to investors. “We believe this news should come as expected to most investors, a relief to some and a source of controversy to a few.”

Novo Nordisk hopes to launch the drug in 2020. There are eight remaining clinical trials ongoing, and the company plans to release the data as it comes in, with application for regulatory approval planned for 2019. To date, all GLP-1 analogs have been injections, and the fact semaglutide is a pill should be a major advantage in the marketplace.

“We are very excited about these results, which demonstrate that people treated with 14 mg oral semaglutide for one year achieved statistically significant reductions in blood glucose and body weight compared to people treated with 25 mg empagliflozin,” said Mads Krogsgaard Thomsen,Novo Nordisk’s executive vice president and chief science officer, in a statement. “PIONEER 2 is an important milestone in the clinical development of oral semaglutide and we look forward to further understanding the clinical profile of oral semaglutide in the remaining PIONEER trials.”

GLP-1 agonists are a class of enzymes that help stimulate insulin production. They were originally discovered by John Eng while working in the laboratory of Rosalyn Yalow at the Mount Sinai School of Medicine. His research was on peptide hormones, and in the late 1980s he was advancing Yalow’s research by developing more sensitive tests to help identify hormones. He began with guinea pigs and then chinchillas. He was looking for more difficult test subjects, when he read about earlier work on snake venom and lizard venom, especially the venom of the Gila monster. In 1992, he identified two compounds in Gila monster venom, one which he named exendin-4. It was similar to GLP-1 and was eventually licensed to Amylin Pharmaceuticals.to develop into Exenatide, the first GLP-1 analogue, which was approved in the U.S. in 2005.