Elephant “Zombie Gene” May Explain Why They Rarely Get Cancer 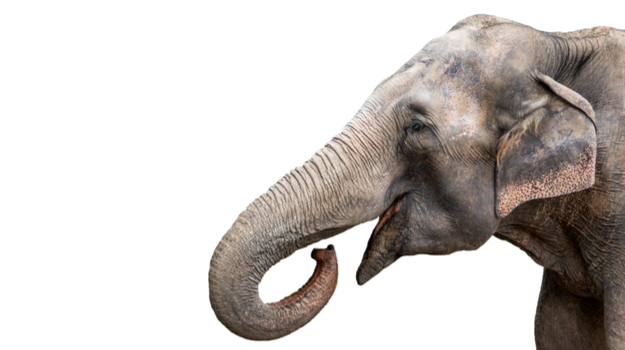 Generally speaking, the larger the animal, the more cells they have, the more likely they are to get cancer. The longer an animal lives, even if that animal is a human being, the higher the likelihood of cancer. Except for elephants. Elephants rarely get cancer.

Joshua Schiffman, an associate professor of Pediatrics at the University of  Utah and Medical Director of the High Risk Pediatric Cancer Clinic at Huntsman Cancer Institute, has been involved in elephants and cancer research for several years, and in 2015 published a paper describing what is known as Peto’s Paradox. Schiffman and his research team found that elephants have additional copies of a tumor-suppressor gene called P53. While humans have a single copy, elephants have 20.

Although Schiffman wasn’t involved in the work, researchers with the University of Chicago led by Vincent Lynch, recently added additional information to the elephant mystery. Lynch’s paper was published in the journal Cell Reports this week. It’s titled, “A Zombie LIF Gene in Elephants Is Upregulated by TP53 to Induce Apoptosis in Response to DNA Damage.”

Lynch told National Geographic, “Elephants are weird. Their cells just die if you give them DNA damage.”

Lynch and his group were looking for other differences between elephants and other mammals, specifically looking for genes that had extra copies. What they found was Leukemia Inhibitory Factor (LIF), which is linked to enhanced fertility. But they also identified an LIF gene, LIF6, unique to elephants. Among other things, LIF6 is known for killing damaged cells.

Most mammals have only one copy of LIF. Elephants have 7 to 11. And so far, the team has only identified LIF6 in elephants. National Geographic writes, “LIF6 appeared in elephant genes some 59 million years ago, the study authors suggest. And initially, it was likely a useless, broken gene. But as elephants’ proboscidean ancestors evolved, so, too, did the gene. It was eventually reawakened as a working ‘zombie’ gene—a change that may have helped elephants reach such momentous sizes unrestricted by cancer. If P53 is the doctor in charge of genetic triage, LIF6 is in charge of carrying out its order to eliminate damaged cells.”

Lynch indicates that LIF6 isn’t the only zombie gene in elephants that are suppressing cancer. “LIF6 is playing a small part in a broader process,” he told National Geographic.

This is something Schiffman agrees with, saying, “There are almost certainly going to be other findings as well." And earlier this year, Schiffman and his group published a paper in Cell Reports identifying accelerated regions (ARs) in elephants and other animals, including hibernating bat, orca, dolphin, naked mole rat and thirteen-lined ground squirrel lineages that are tied to various regulatory proteins. But the ARs in the elephant “are uniquely enriched near elephant DNA damage response genes,” the group reported.

The zombie gene Lynch investigated rose out of a pseudogene, a mutated or inactive copy of a normal gene. The LIF6 gene appears to have gone from “inactive” to “active,” through some sort of evolutionary mutation that, Lynch says, "evolved a new on-off switch” that responds to DNA damage. “There’s probably lots of things which can contribute to augmented cancer resistance,” he told CNN, “and we found one of them in elephants. The way we normally think that evolution works is by acquiring lots and lots of genetic changes, Each one of them contributes a small effect. And when you add all those things together, you end up with a super cancer-resistant elephant.”

Perhaps one reason Lynch and Schiffman are expressing caution and emphasizing that the process is likely more complex than just these genes is the obvious question, “How can this be applied to human beings?”

Schiffman, for example, co-founded a biotech company called PEEL Therapeutics that is working on this, although it largely remains in stealth mode.

But Vera Gorbunova, a professor of biology at the University of Rochester and co-director of the Rochester Aging Research Center, who was not involved in the new study, told CNN that work in enhancing pathways like p53 have had unintended consequences. As an example, Gorbunova notes mouse studies where stimulating p53 activity resulted in mice aging faster than normal. “It’s a very fine-tuned system. I think we have to study all of these cancer-resistant animals and then choose strategies that are the most easy to apply to people.”

Meanwhile, elephants and other large mammals may hold the key to cancer prevention.