Drug Development for Rare Diseases is Littered with Regulatory Roadblocks 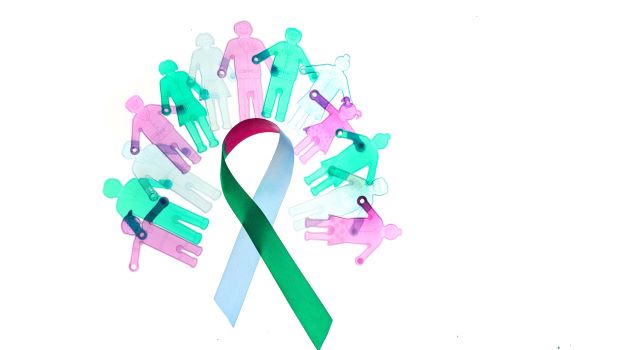 The regulatory path for companies developing drugs for rare diseases is often fraught with challenges. With a lack of effective tools or endpoints to measure clinical success, a limited number of available trial participants and ethical considerations, a long road lies ahead.

KemPharm and Orphazyme are each intimately familiar with these roadblocks. KemPharm has honed its technology and platform to address rare and ultra-rare diseases that affect the central nervous system. Among its pipeline candidates is arimoclomol, an orally-delivered, first-in-class heat shock protein (HSP) amplifier acquired from Orphazyme in May. The asset is being developed for the potential treatment of those with Niemann-Pick disease type C (NPC).

What is Niemann-Pick Disease Type C?

NPC is an ultra-rare progressive genetic disorder that is estimated to affect one per 1 million people in the United States. In people with the disease, which is caused by mutations in either the NPC1 or NPC2 gene, the body is unable to transport cholesterol and other lipids inside of cells. This causes a buildup of fatty substances within the tissues of the body. In some cases, this can lead to severe or fatal disease in infants while other people may experience mild disease that goes undetected into adulthood.

NPC can affect all systems of the body, including the central nervous system. People with the disease may experience enlarged liver and spleen, difficulty coordinating movement, poor muscle tone, severe liver disease, cognitive impairment, psychiatric symptoms and seizures. Currently, there are no approved treatments for NPC.

Changing the Tide for NPC Patients

In June 2021, Orphazyme received a Complete Response Letter (CRL) from the FDA regarding its New Drug Application (NDA) for arimoclomol. The regulator requested additional qualitative and quantitative data to substantiate the validity and interpretation of the assessment used to measure its effectiveness for NPC patients. KemPharm had been following the development of arimoclomol, which has spanned 13 years with nearly 20 clinical studies. 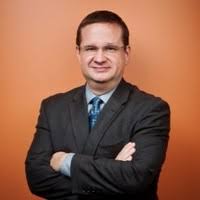 “I looked at arimoclomol and realized that there was some real opportunity with the therapeutic,” Travis Mickle, Ph.D., president and CEO of KemPharm said in an interview with BioSpace. “The interest was, first and foremost, the proposed mechanism of action.”

Arimoclomol amplifies the production of HSPs, a family of proteins produced by cells that are molecular chaperones. They have a variety of physiological functions, including refolding misfolded proteins, responding to environmental stresses to prevent damage to cells and preserving intracellular pathways that are critical to cell survival. Mickle said the drug likely imparts its beneficial effects by modulating or interacting with intracellular transport throughout the cell, lowering lipid and cholesterol burden.

In August 2021, Orphazyme published results from its Phase II/III clinical trial of arimoclomol in the Journal of Inherited Metabolic Disorders. The results of the 12-month clinical trial showed that treatment with the drug resulted in a 65% relative reduction in annual disease progression and was well-tolerated. Additionally, in a subset of patients receiving both arimoclomol and miglustat, an 82% relative reduction in annual disease progression was shown. Miglustat is an enzyme inhibitor that can be used to treat diseases in which fatty substances build up in cells.

Despite over a decade of clinical trials and positive Phase II/III data, Orphazyme was met with significant roadblocks from the FDA. Mainly, the regulator had issues with the assessment used to measure changes in disease outcomes known as the NPC Clinical Severity Scale (NPCCSS). This is used by clinicians to report on disease severity and progression.

“There was a lack of foundation in that there wasn’t a true, validated instrument to measure changes in NPC disease,” Mickle explained. “The NPCCSS is used by clinicians as a diagnosis guide and [has been used] to track clinical progression but not necessarily in controlled clinical studies to the standard of what regulatory agencies would expect, so the FDA had a lot of questions about that.”

He noted that sometimes, there are no good tools or endpoints to track certain rare diseases. “The FDA does struggle with rare diseases,” he said.

Aside from sometimes lacking validated instruments or endpoints to measure disease progression and outcomes in rare diseases, there can be ethical challenges with clinical trials as well.

“There are issues with not having enough available treatments for some of these rare diseases. When faced with that, the FDA and companies have a conundrum. You have to think about how many people should be included in the study, how long the study should be to show an effect and on top of that, what about the placebo?” Mickle said. “At some point, it’s unethical to have a true placebo.”

With some diseases affecting only hundreds of patients, it can also be difficult to plan studies and data collection that satisfy the FDA's needs, making it difficult for companies like Orphazyme and KemPharm to pursue therapeutics for those with rare diseases. However, despite the barriers, there are ways that companies can make the best of their resources.

“Everything needs to be documented and no stone should be left unturned. There’s tremendous value in the information that companies collect, not just for science and research, but for the ultimate goal of getting a product approved if it’s beneficial to patients,” Mickle said. “Companies should work with the FDA as much as they can and as collaboratively as possible.”

Mickle is confident that KemPharm has what it takes to bring arimoclomol to market and plans to resubmit an NDA for the drug in the first quarter of 2023, he said.

Beyond developing arimoclomol, KemPharm is developing a variety of other therapeutics for rare sleep disorders, including idiopathic hypersomnia (IH). A neurological disorder characterized by excessive daytime sleepiness, IH is estimated to affect only one or two people per 100,000.

“IH is a rare disease that is kind of newer to the scene. People with IH have real difficulty waking up, staying awake, functioning during the day [and] experience brain fog. They sleep a tremendous amount, but they never feel rested. We’ve designed KP1077 to hopefully overcome that,” Mickle shared. Currently, there are no approved targeted therapies to treat IH.

KP1077 is also being investigated for the treatment of narcolepsy type I and II. In February, the company met with the FDA for a pre-Investigational New Drug meeting which affirmed its plans to submit an IND application by mid-year 2022.