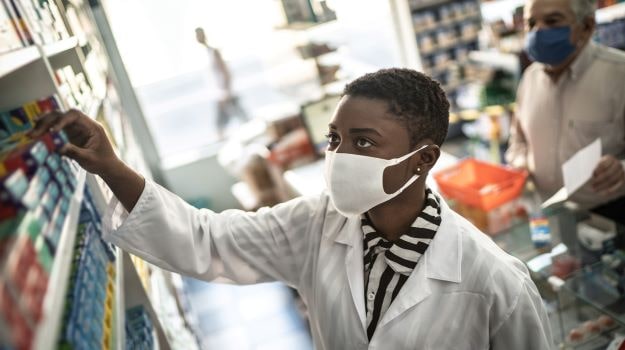 As the sun rose on a new year, approximately 70 companies raised the price of hundreds of prescription drugs by an average of 3.3%. The average price increase is lower than one year ago, when the cost of drugs was raised by an average of 5.8% and 5.2% in 2019, according to an analysis.

Pfizer, Sanofi and GlaxoSmithKline are some of the companies leading the way with the price increases, according to an analysis. Citing data compiled by healthcare research firm 3 Axis Advisors, Reuters reported Pfizer led the way with the highest number of drugs in its portfolio to see an increase in price. The company raised the price of more than 60 drugs by an average of 5% or less, the news agency said. Some of Pfizer’s top-selling drugs, including rheumatoid arthritis treatment Xeljanz and cancer drugs Ibrance and Inlyta, will see price increases of about 5%, Reuters reported. A Pfizer spokesperson told Reuters the company adjusted the list prices of its drugs by around 1.3% across all products in its portfolio, which is in line with inflation.

“This modest increase is necessary to support investments that allow us to continue to discover new medicines and deliver those breakthroughs to the patients who need them,” Pfizer spokeswoman Amy Rose said in a statement.

Sanofi will increase the price on a number of vaccines by about 5%. The France-based pharma giant will announce a number of increases later this month, but none will see a hike higher than 5.1%, Sanofi spokesperson Ashleigh Koss told Reuters.

While the 3.3% price increase is lower than last year, Reuters reported that companies raised prices on more drugs this year than in 2020, an increase of about 50%. The price increases include both branded drugs, as well as generics, according to GoodRx, which is maintaining a web page with live price increase updates on its site. Prescription price increases are typically done twice per year, once in January and once in June.

Most of the price increases fall below a 9.9% threshold that many companies have pledged to observe in previous years. However, there are some outliers, such as Advanz Pharma’s hypertension drug Dutoprol, which saw an increase of 31%, and Vifor’s Venofer, which is used to treat iron deficiency anemia in people with chronic kidney disease, that saw a price hike of 14.6%. Zyla Life Sciences increased the price of the anti-inflammatory pain medication indocin by 9.9%. EXELA Pharma Sciences boosted the price of protein supplement Elcys by 9.8% and Acordia Therapeutics raised the price of multiple sclerosis drug Ampyra by 9.5%, according to the GoodRx table. GSK raised the price of on two of its vaccines, Shingrix and pertussis vaccine Pediarix by 7% and 8.6 percent respectively, Reuters said.

Teva Pharmaceuticals raised the price on 15 drugs, with most of those in the 5% area. However, there were a few that were more than 9%, including muscle relaxant Amrix and narcolepsy treatment Nuvigil, Reuters said.

While Jan. 1 price increases are expected, these latest price hikes come at a time when the nation and much of the world is still battling the COVID-19 pandemic that continues to batter global economies. In the United States, the price hikes follow new rules established by the outgoing Trump administration that attempt to control the pricing of drugs in the United States. President-elect Joe Biden has also pledged to tackle drug prices. His plan includes allowing Medicare to negotiate drug prices.

More price increases are expected to be announced later this month.